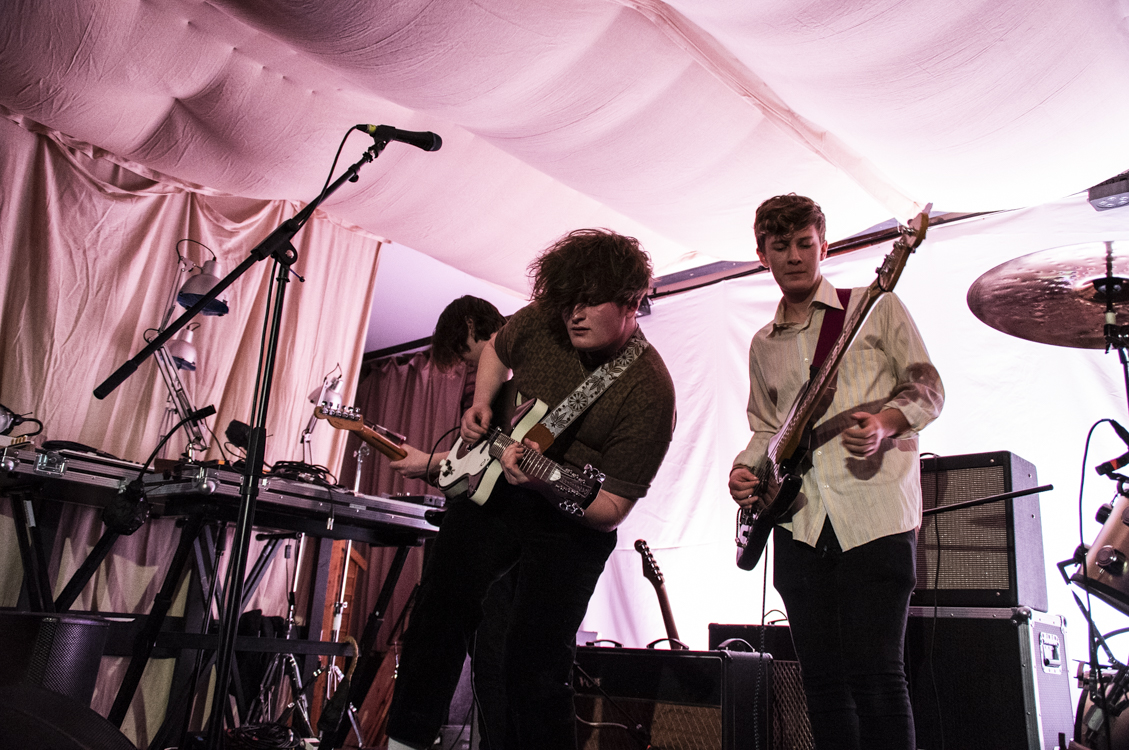 Low Island headlined an eclectic bill of 80’s feel good tunes and Getintothis’ Graham Smillie was happy to have been amongst the throng, albeit with a burning issue.

For this writer it is a confession, nearly three months into the year, but we’ve not been to many gigs so far, so and an invitation from an old friend to come out to see a couple of young bands she’s working with was a welcome break from boring TV and Uni work.

A follow on request for some words and pictures from Getintothis and off we go.

But there’s an issue. We’ve heard of photographers being asked to sign over the rights to their work and for artist approval at stadium gigs, festivals, etc., but never at a small venue like Phase One.

We were asked to sign away usage for pictures of Low Island and they also wanted approval of all images before publication. We won’t go there. It’s not accepable.

Hence the reason there are no pictures of the headline band from last night.

Instead, you get a lead picture of a low island.

This is a bit of a shame because the 35 or so people in the crowd really enjoyed a lively, intelligent set of good quality electro-pop tunes delivered in good style by the band.

Mining electro classics from the 70s and eighties, Kraftwerk, of course, John Foxx, Tears For Fears and some Sons and Fascination era Simple Minds bass-lines, Low Island brought together a modern and powerful update on the genre.

We confess to not grabbing a set list and we’re new to the songs, but listening to the current LP, In Person as we write this review, the live set is a beefed up version of what feels like a fairly laid back and melodic album. There are early eighties soul rhythms going on too especially on the title track.

Catch them if you can, they’re good.

Hailing from Cheshire The Zangwills are full of the exuberance of youth and bursting with jangly guitar riffs. Jake, Ed and Sam met at college in Northwich and found Adam in Chester only 18 months ago. They’ve gigged extensively and built up a good live reputation.

Their blend of hook laden tunes, sung with gusto by Jake are filled with nods to their influences, Arctic Monkeys, Smiths etc., while not actually sounding like any of them. They were enthusiastically received by the crowd who could see that there may be great things ahead for the band and we have to agree. Catch their EP Patio Paradise on line.

Opening proceeding were 32 Tens. Named after a mobile phone and hailing from Warrington and a drummer who used to be in Busted the band nevertheless delivered a set full of good tunes full of passion and energy. It’s a while since we’ve seen a first support band pull the rather hesitant crowd to the front, but Max used his considerable presence to do just that.

We were well rewarded as the band thundered through a spirited set of straight up indie bangers! 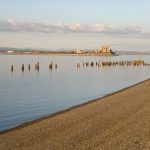 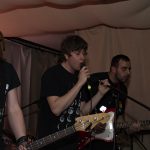 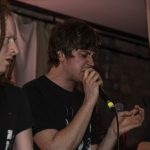 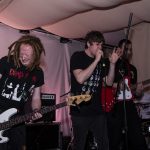 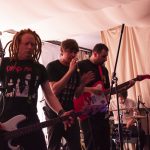 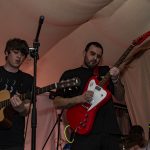 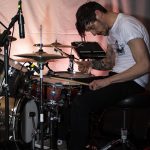 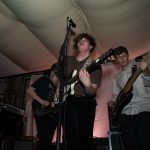 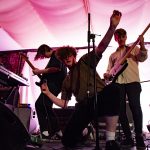 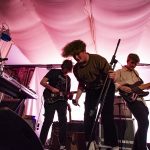 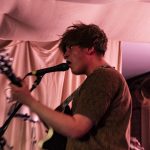 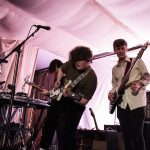 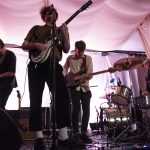 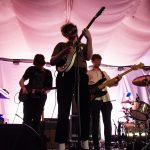 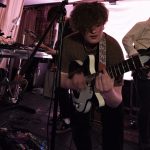