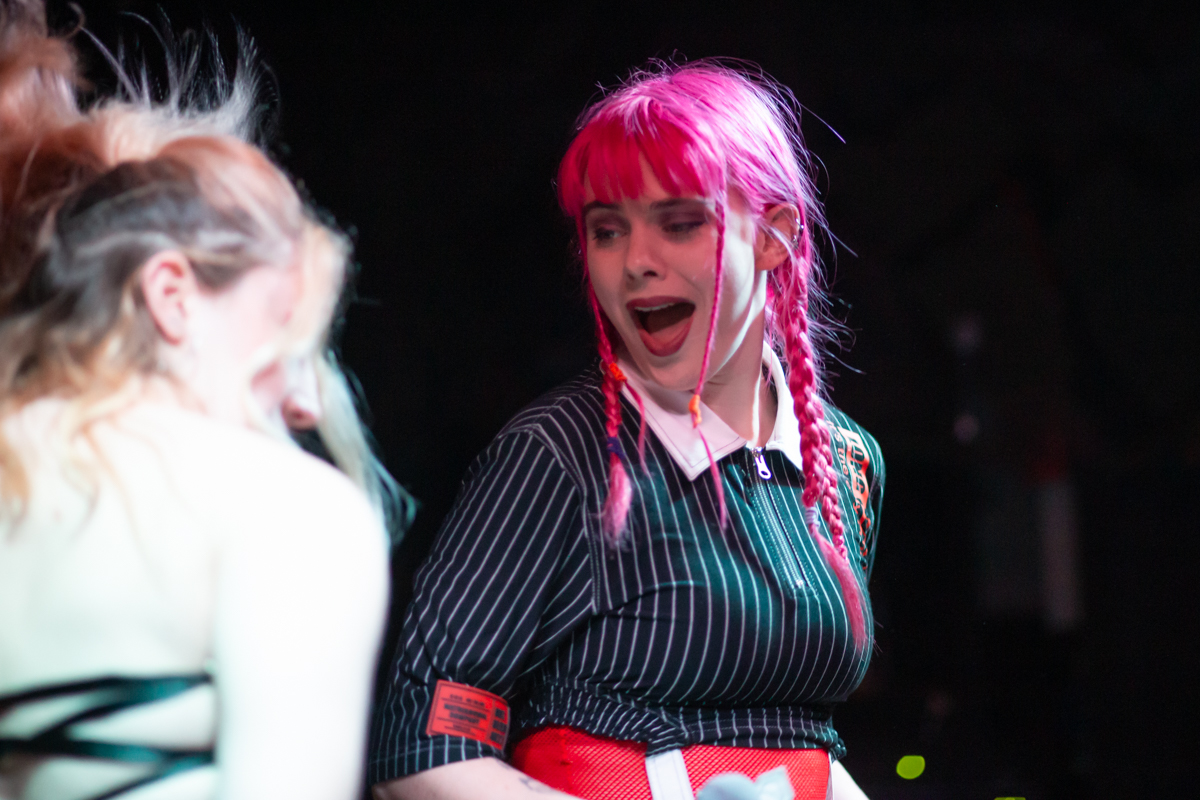 Girli brings her Odd One Out album tour to the Zanzibar to all the the ones who connect with her infectious groove, Getintothis’ Peter Goodbody was there for a lesson.

This is the first time this writer has been to a gig in the Zanzibar since the death of Tony Butler. Time marches on, however and there are new owners in place in the form of Scott Burgess and Mike Bennett (Lying Bastards, Shy Billy). The guys have big plans for the place, of which more to come in another piece soon.

So too does Milly Toomey, aka Girli. She has a new album release, Odd One Out, which is effectively an eponymous title. She struggled at school with OCD, her appearance and her sexuality; she found it difficult to make friends and was teased more than accepted.

However, through her music – a couple of self released EPs and now, a proper album on Virgin she’s starting to make waves, at the same time sticking up two fingers to the “H8TRS” and the people who don’t get her or her music.

As we walk into the Zanzibar Charity Shop Pop are (is?) already in full flow doing 80s style disco (his words, not ours). It’s going down well enough and it’s feel good pop. Perfect for what is probably the warmest day of the year so far.

The Difference are well known by this crowd, which we observe is mostly female or fluid and not old enough to buy alcohol at the bar. One of the band is wearing a Beatles t-shirt, which is a massive give away to their style, albeit a bit more blues infused than the Fab Four.

It seems like an odd fit for tonight’s gig. We can’t quite work this one out, but they’re going down a storm and the front rows are dancing like it’s New Years Eve. We’re asked to like and tag the band in our Instagram pics of the gig. And for one of the slower numbers, where once it would be lighters in the air, this one has a request for everyone to switch on their phone torches.

Oh, what a time to be alive.

There’s a cover of The Strokes’ Someday and then the last one, Tonight is a bit of a generic US rock style tune. It’s all fine and we’re clearly not the target audience. But we’re left a bit bemused.

Ashnikko tells us she’s just had a bowl of spaghetti while wearing a white shirt. She’s proud of that achievement. We also get other personal details probably not appropriate for a family orientated website such as this. OK, spoilers below.

It’s a kind of rap / hip hop thing, but that’s not really the point. It’s personal politics more than anything else. Sex and relationships and body image are the main themes. “I wrote a song about Halloween and eating ass – two of my favourite things”. We can well believe it. This is uncompromising stuff, but it seems to speak to, and be relevant, to this crowd.

It’s actually quite eye opening. We are by a very long way the oldest person in the room. We read about the arguments going on about whether LGBTQ issues should be the subject of lessons in schools and / or if so at what age. Ashnikko’s last song is called Special. It’s a new song. It’s about consent, even though it discusses her lunch preferences of eating pussy.

There’s an important point here. This is a grown up discussion to an audience who will listen, from a person who is worth listening to.

Maybe Ashnikko knows it, or maybe not, but she’s a damn fine teacher because she would encourage self expression to her students without them having any fear of being singled out for being different.

Girli’s arrival on stage gets a massive cheer and she starts at about 100mph without letting off the gas much. “Mosh pit on the fourth song, bless you Liverpool“.

It’s candy pop in a sort of sweary version of a punked up Spice Girls. Fuck Off to LA, being a case in point.

Friday Night Big Screen sees Girli sit on a chair to kick it off, but not for long. This Kate Bush style number is her fave from the new album, she tells us, and we’d reckon the the best of the set. It’s a proper tune.

“I have a question. Has anyone ever been walking around and someone has commented on your appearance?” asks Girli. “This one’s called Not That Girl”.

Perhaps not surprisingly we see Ashnikko back on stage for this one.

These two are asking questions about identity and who or where our younger generation see themselves. They hit it head on and they are to be applauded for that. The music isn’t on rotation over here, but the message is shouted loud and clear. 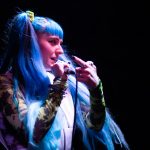 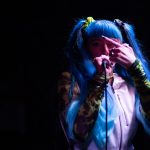 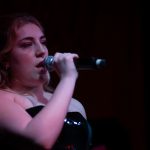 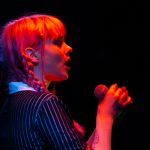 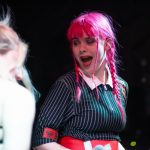 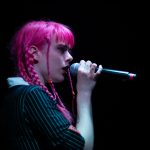 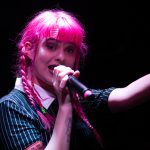 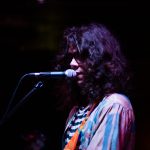 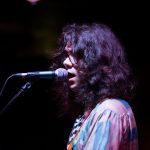 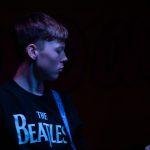 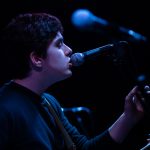 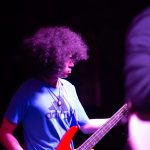 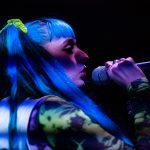 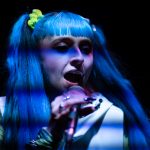