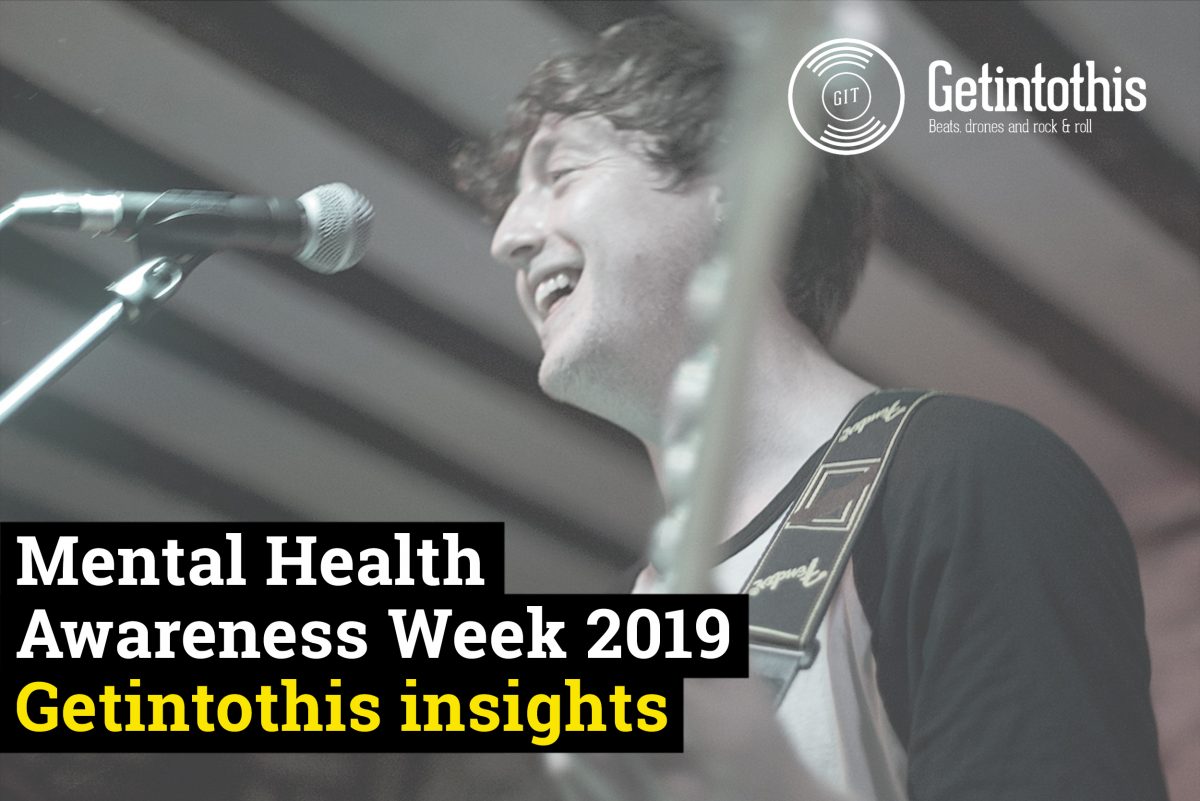 Boy Azooga’s Davey Newington shares with Getintothis’ Cath Holland how he copes with a hectic life as a successful musician on the up.

In the last year, they’ve performed at all the major UK festivals, plus toured Europe and America, including playing shows as part of SXSW. This summer brings with it support slots with Noel Gallagher, Bob Dylan and Neil Young.

The Cardiff-based band are currently working on a follow up album.

Yet 18 months ago, they played to an audience of 30 or so in Liverpool Buyer’s Club.

Boy Azooga’s singer and songwriter Davey Newington shares his experiences as a musician enjoying such an upward trajectory. He talks about how he takes care of his mental health and that of his band mates, as part of our series for Mental Health Awareness Week.

Getintothis: Appearing on national television – BBC’s Later… – even before 1, 2, King Fu! was released, how did you approach it and prepare yourselves?

‘I think having been working at it in bands for years and sometimes feeling like it wasn’t going where I wanted it to, has been really good in appreciating the opportunities that we’ve been lucky to get with Boy Azooga. We were really nervous playing on Jools but we just did our best to enjoy it and felt relieved to make it out the other side in one piece.’

Getintothis: With touring, there’s lots of waiting around, stops and starts and travel. How do you cope with the ups and downs and frustrations of all that?

‘It can be exhausting and draining but I just try to think back to times where I was working at places I didn’t want to be working at and see the bigger picture. I sound like my folks, but you can’t under estimate getting a good nights sleep when you can get one. Fruit & veg is always a good shout too! I’m glad we’re doing this whole thing now that I’m older and more boring than I was in my early twenties, cause I don’t think we would’ve got much done.’

Getintothis: How does the band dynamic work with this, is it mutually supportive?

‘We all try support each other by playing on each other’s records and looking after one another on tour. We do get competitive over the Guinness game though (where you have to get the head of the pint in between the harp and the Guinness logo).

Dylan and Sam are amazing musicians who have projects of their own that were around before Boy Azooga was a thing. Sam has a project called Shoebox Orchestra and Dylan, a project called DD Darillo. Daf is a ridiculously good musician who played drums on Darkhouse Family’s ‘The Offering’ and sometimes plays in bands Men On The Chessboard and Afrocluster.’

Getintothis: Also your family and partner – what do they do for you – being a musician can be stressful, you work unsociable hours, away from home.

‘They do everything! Music can be quite a self absorbed thing so it’s good to have people around you that remind you what’s important and tell you when you’re being an arse. My girlfriend and I have been together since we were teenagers and she’s always been so supportive and understanding. She’s the coolest person I know, I look up to her a lot.

My parents are musicians and I am eternally grateful for them letting me play drums as a kid! They have always pushed me to keep going even when it didn’t seem like there was a clear path.’

Getintothis: What music do you listen to, to chill out or relax? If there’s any new music you can recommend?

‘I listen to a lot of The Beatles, Keys, Beach Boys, David Axelrod and Neil Young.

In terms of new music I’d recommend listening to Bitw, a song called Rio Grande by Wand and Accu’s album Echo The Red that came out on the amazing Libertino records last year.‘

Getintothis: What about reading – have you read any good books that have taken you out of your own world for while?

‘Last book I finished reading was The Beastie Boys book which I loved. I have a few books on the go that I need to finish ’cause I get distracted!

First on my list to finish is Demian by Hermann Hesse. I always go back to Calvin & Hobbes too which I’ve read since I was a kid.’

Getintothis: There’s a massive advert at Central Station in Liverpool for FOCUS Wales, Boy Azooga’s name right next to Cate le Bon. How does that feel, being billed alongside total legends like her?

‘It’s surreal but it feels great, she’s a really inspiring artist. FOCUS is a special festival for me cause I’ve played it in pretty much every band I’ve been in over the years. Andy, Neil and the whole team do an amazing job every year. I have roots in Wrexham too because my Nan was from there.’

Getintothis: How do you deal with emotional highs, such as getting the Bob Dylan and Neil Young support? Not especially in terms of keeping your feet on the ground, more of riding out such a big prospect and dealing with it.

‘Incredible news. We were in disbelief and over the moon. It can be overwhelming but mostly we’re just excited and honoured to be a part of it. Dylan’s Blowin’ In The Wind is the first song I ever learnt on guitar and Neil Young has soundtracked my life for the past 12 years.

It’s the kind of thing you always dream of doing but never actually imagine happening. It’s a once in a lifetime thing so we’re just gonna try soak it all up, play a good gig and then enjoy the rest of the day’s music.

I think we have good music but we never would have got the gig without Liam Keightley who books our shows, everyone at Heavenly and our manager Dan so we are very grateful to them.’

Getintothis: You’ve haven’t had much in the way of bad press, but how did you deal with it?

‘I think it’s just important to make sure you create stuff that you are truly happy with and honest with yourself about. If you love it then who cares what someone else thinks? The only time it gets me down is when I feel like they might have a point!’