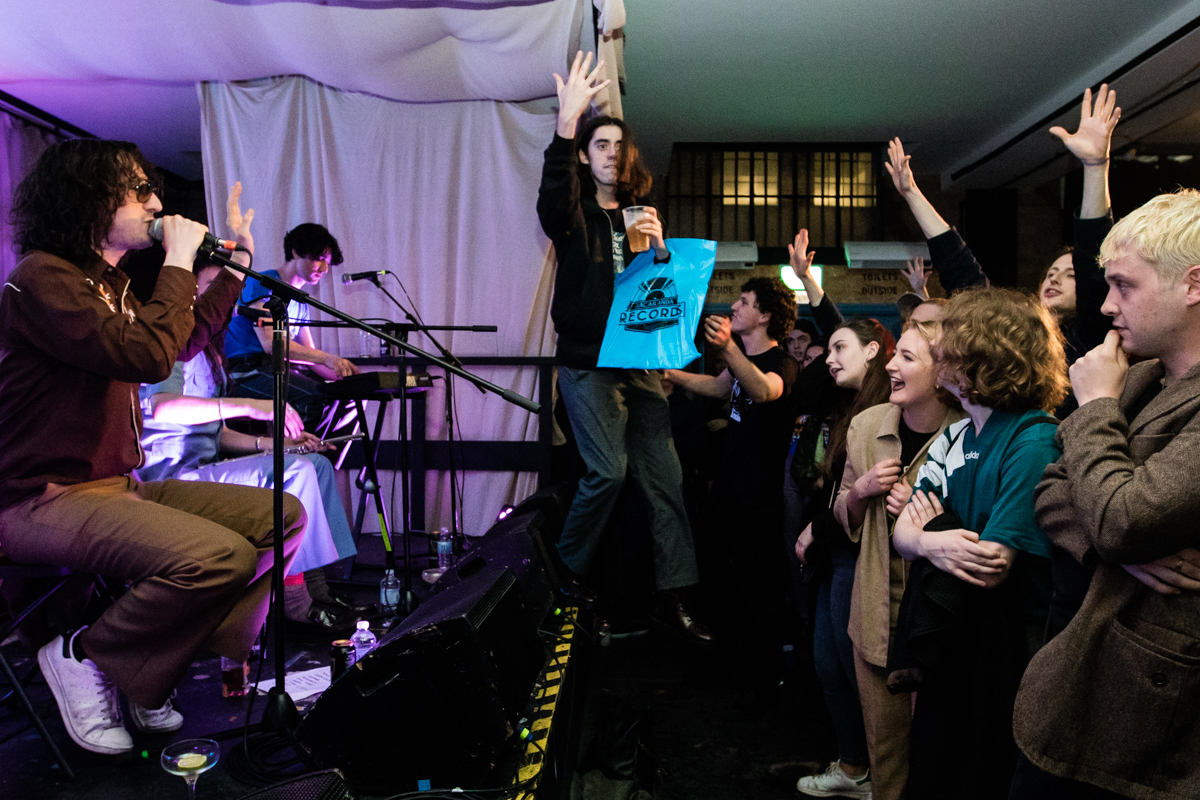 Fat White Family at Phase One

Good news for artists, audiences and venues across the UK as the Music Venue Trust announces a new funding initiative for Grassroots venues, Getintothis’ Howard Doupé has the details.

At an event co-hosted by Arts Council England and Ticketmaster at The Great Escape last week, new money for venues was officially announced.

Key figures from the Live Music Industry also presented advances with the Pipeline Investment Fund, explaining what initiatives are being implemented so far to raise money from the top of the industry to feed back into the grassroots of the industry.

Darren Henley, CEO of Arts Council England said: ‘Grassroots music venues are essential both for our world-renowned music industry and communities across the country, and there needs to be a collective effort from both the public sector and music industry to support them.

With this fund we’re ensuring that grassroots venues and promoters working in genres such as rock, pop and hip-hop have the support they need to create the best possible environment for artists and audiences.’

Music Venue Trust and Arts Council England will be working together to assist venues to access this funding, ensuring that tangible improvements are made to the sound, lighting and facilities for both artists and audiences.

Representatives from the Live Music Industry have been meeting with Music Venue Trust since January to identify mechanisms for reinvestment in the venues which act as the research and development department of the industry.

Phil Bowdery,  Executive President of Touring, International, Live Nation had this to say on the announcements: ‘Every musician that becomes a household name has spent time playing in grassroots music venues. Live Nation and Ticketmaster’s support and funding, taken together with the new Arts Council England fund, is a massive boost to those venues and the musicians who play in them. Live Nation knows that tomorrow’s music relies on investment today. Today is a good day for British music.’

Major actions agreed so far include: use of apprenticeship levy funds to support apprentices in grassroots music venues, guest list donations at major events and venues to support improvements at venues, donation options on ticketing across a huge number of events, and direct donations from major companies to support the Music Venue Trust Emergency Response service which rescues venues from noise complaints, licensing and planning issues.

Even in the short amount of time since the announcement opinion has been overwhelmingly positive, welcoming the funding announcement.

He's not wrong – reading these emails it's very clear this couldn't have waited a single day longer. https://t.co/CEDtlM48XB

Emma Bownes, Vice President of Programming, AEG Europe said: ‘Despite the current boom in UK live music, grassroots music venues in the UK are finding it increasingly hard to survive.

The announcements by Music Venue Trust and Arts Council England today, alongside funding initiatives from supporters across the industry, will be an important step in protecting small music venues and supporting the emerging talent that use these spaces to hone their craft.’

Mark Davyd, CEO of Music Venue Trust said: ‘This is obviously a huge day for grassroots music venues. The real support they need and have been crying out for has arrived.

We want to ensure that venues across the UK are able to access the support they need to become real centres of excellence. Britain’s artists and audiences deserve world class, industry leading, grassroots touring circuit.

Delivering that circuit is the responsibility of everyone in the music industry, cultural sector, and government. That doesn’t stop with the live music industry and cultural partners making these fantastic announcements today.

Labels, publishers, streaming services, we believe everyone has a stake in getting this right. When our grassroots music venues thrive, the whole industry benefits.’