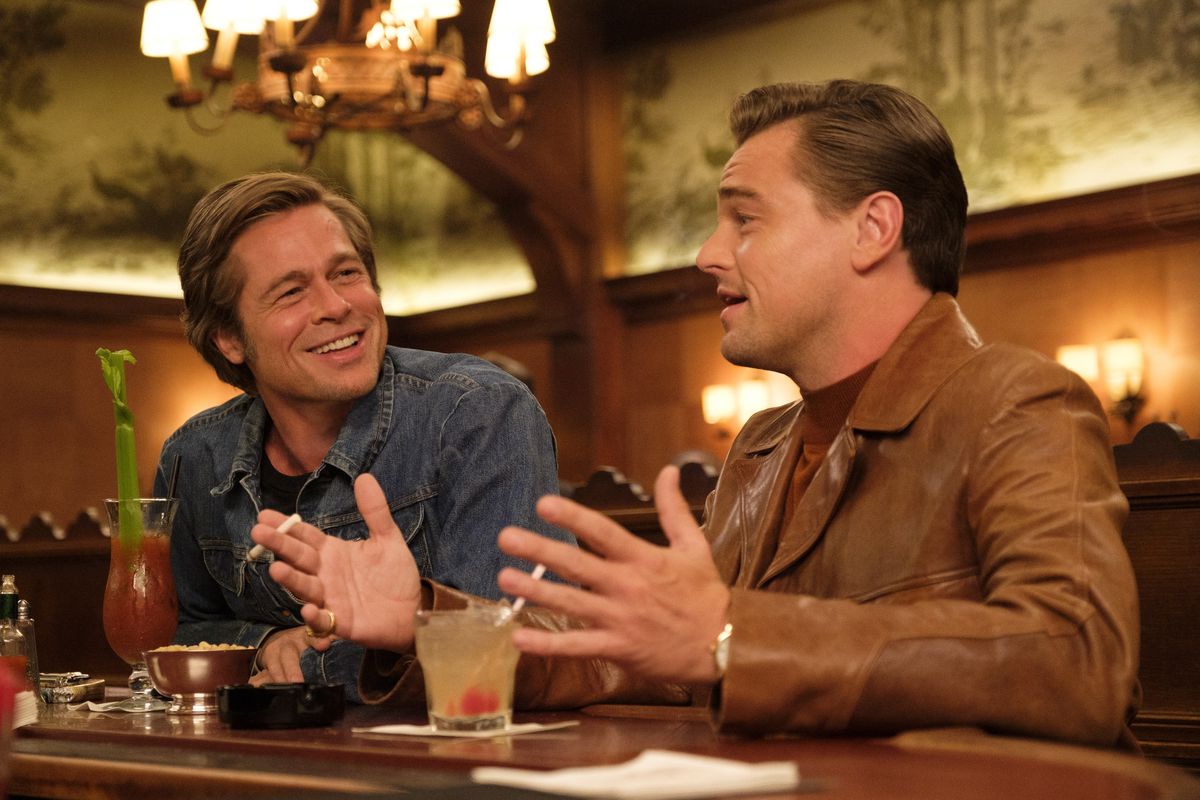 Once Upon a Time in Hollywood

Quentin Tarantino returns with his latest film surrounded with the usual hype and controversy Getintothis’ Michael Maloney sees if it lives up to all the fanfare.

Over bloated, self-indulgent, egotistical, misogynistic all tags that have previously been applied to Tarantino‘s later films it seemed that he’d lost his way, unrestrained by producers and production companies.

Once Upon a Time in Hollywood however marks a return to form and is certainly the best of Tarantino‘s most recent output.

Set during a six-month period in 1969, Los Angeles, Once Upon a Time… follows washed-up TV star Rick Dalton and his stuntman Cliff Booth as they travel around L.A. from filming studios to bars to menial jobs.

Dalton resides on Cielo Drive and lives next door to Sharon Tate and Roman Polanski.

The closest he ever gets to interact with the pair is when he sees them driving into their gated residence. Tate appears to live a carefree life that’s full of parties, hanging with friends and filling up the day watching herself at the cinema.

The film encapsulates the last vestiges of the peace and love era that would quickly turn sour following the Manson Family murders and the Rolling Stones disastrous Altamont concert at the end of 1969 which was it’s death knell.

Rick Dalton and Sharon Tate represent the polar opposites of the culture shift that was happening during the sixties. Dalton, played by Leonardo DiCaprio is a star from Hollywood’s classic era.

Never quite good enough to become a fully-fledged film star he’s had to settle as the leading man in a series of TV westerns and guest spots as the bad guy.

DiCapro plays Dalton with great pathos and humour, he’s a man of duality one who appears confident onscreen yet is an insecure alcoholic aware that his star is on the wane.

Never is this best summed up than when Rick talks with a child actor in between takes on the set of Lancer. As they discuss the books their reading Rick suddenly realises the main character in his story, an aging ‘bronco buster’, strikes an uncanny resemblance to himself and he begins to break down.

Margot Robbie‘s Sharon Tate is the opposite side of the coin. Her star is ascending and she’s married to a renowned film director. In the film her days revolve socialising, giving hitchhikers a ride and watching herself on the big screen.

It’s one of the few missteps of the film how little Robbie‘s talents are used, she has few lines and comes across as quite ditzy and two dimensional playing up to the narrative that Tate was nothing more than a pretty face who got lucky getting together with Polanski, there was scope here to show us that there was more to Tate but sadly Tarantino fails to capitalise on this. 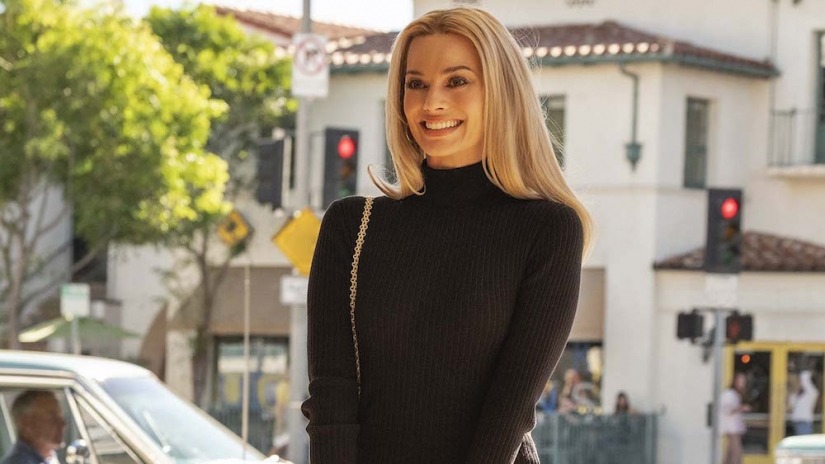 Margot Robbie in Once Upon a Time in Hollywood

The character who straddles the two worlds of new and old Hollywood is Brad Pitt‘s, Clint Booth. Booth is Dalton‘s stuntman, best friend and goffer.

He’s Dalton‘s go-to guy and has a more sanguine approach to life compared to Dalton who either riding a buzz or down in the dumps over his career.

It could be viewed that Booth is Once Upon a Times… main character, he’s certainly the most interesting. An all-action guy, if he’s not challenging Bruce Lee to a fight between takes his scaling Rick‘s roof to fix his aerial.

He’s also the only person who meets the Manson Family.

Clint‘s interaction with the Mason Family is one of the film’s most tense scenes.

The meeting on an old Western movie set, Spahn Ranch, where the Manson Family resided has the feel of an old Western, the outsider arriving into town the locals unsure what to make of him. It’s one of the many knowing nods to classic cinema that Tarantino offers in the film.

Once Upon a Times… final piece will no doubt cause debate, controversy and spawn many op-eds in the coming weeks and we’ll leave it up to you to decide how to interpret it.

What can be said is that Tarantino has form when it comes to playing fast and loose with history, what’s the old adage, don’t let the truth get in the way of a good story? Tarantino takes this cliche and runs with it.

It’s what led him and the film into some we feel at times unwarranted controversy.

There’s the scene with Bruce Lee which has been condemned by Lee‘s family and others as misrepresenting his character. But surely Lee like any other actor is open to be pastiched and caricatured.

It feels like the media were looking for a new controversy to throw at Tarantino and were left scrambling around after the film when the realised one wasn’t coming.

What’s hard to argue against and is a reoccurring theme in Tarantino‘s films is violence towards women.

Yes, this is Tarantino, and yes he is known for his portrayal of violence but when male characters are killed off rather cleanly in comparison to the female characters who are subjected to drawn-out violent sequences you do start to question what’s really going on here?

Ranking Tarantino – all his films, all his hits – and best characters

The film also at times strays into classic Tarantino film buff territory, especially in the first hour. Sequences that show clips from Dalton‘s previous films such as The 14 Fists of McCluskey are great inside jokes and show a man who clearly has an immense passion and knowledge of cinema but they get played out for too long and start to wear thin.

At just over two and a half hours it wouldn’t be unfair to say the film could do with some trimming but even the parts that feel unnecessary to the story are still enjoyable and won’t have you looking at your watch wondering how long is left which can’t be said for his other films (looking at you Hateful Eight).

Despite it’s flaws Tarantino‘s Once Upon a Time in Hollywood marks an up-turn in form from the director, it had felt like the past few movies had tainted his reputation and people were starting to wonder if he could ever return to the heights of his early films.

But if this is the signpost for a new era of Tarantino then we’re excited to see what comes next.

Once Upon a Time in Hollywood is in cinemas now.