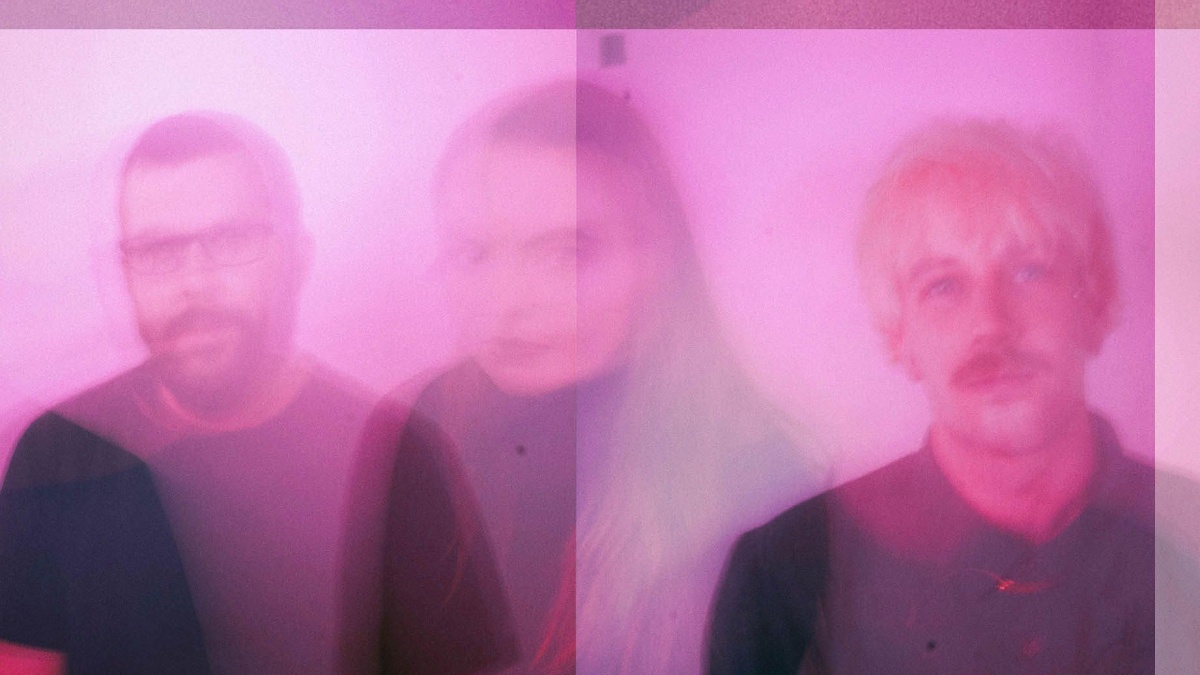 It’s all a bit ethereal this week, as Unknown Pleasures brings treats for fans of soundscapes and dreamy anthems, Getintothis’ Mostyn Jones and Chris Flack bring this week’s new finds.

With so many releases, so many outlets, and so many opportunities to self release your music, it can be difficult to wade through the quagmire to find those snippets of joy and gold.

Often it’s a thankless task involving artificially produced playlists, weird Tweets and confusing websites, for many, it is one that leads you back to the shuffle button and all those records you’ve lived with for a while.

It’s good to branch out, once in a while but it shouldn’t become a chore.

Here at Unknown Pleasures, we try our level best to bring you three new tracks a week that have either past you by in the ether or are so fresh we’re having to rip the packaging off the box. And who doesn’t like doing that?

This week features am Ottowan outfit delivering an emphatic homemade effort, a dreamy Brooklyn duo who deliver a slice of sonic pop and a Derry city outfit that occasionally involves whole orchestras.

Yes, it’s a bit dreamy, but with the news swirling around this week and the world being the way it is, surely its no bad thing to spend a few minutes off, somewhere else?

Sit down, and dig in.

This week sees the release of the debut LP from shoegazey Ottowan outfit PINE.

Signed to No Sleep Records, who in the past have delivered pop-punk energy from the likes of The Wonder Years and Touche Amore, as well as Liverpool’s own WSTR, who are due to play Phase One this week.

The video may be endearingly DIY, all bare feet and playing guitar in the bath, but the band’s sound is polished and perfected, with sharp vocals cutting through the hazy reverb for a sound you can fall right into.

Lusk is the third track out from the self-titled new release, and with a first press already selling out online this is just the time to catch them on their way up. 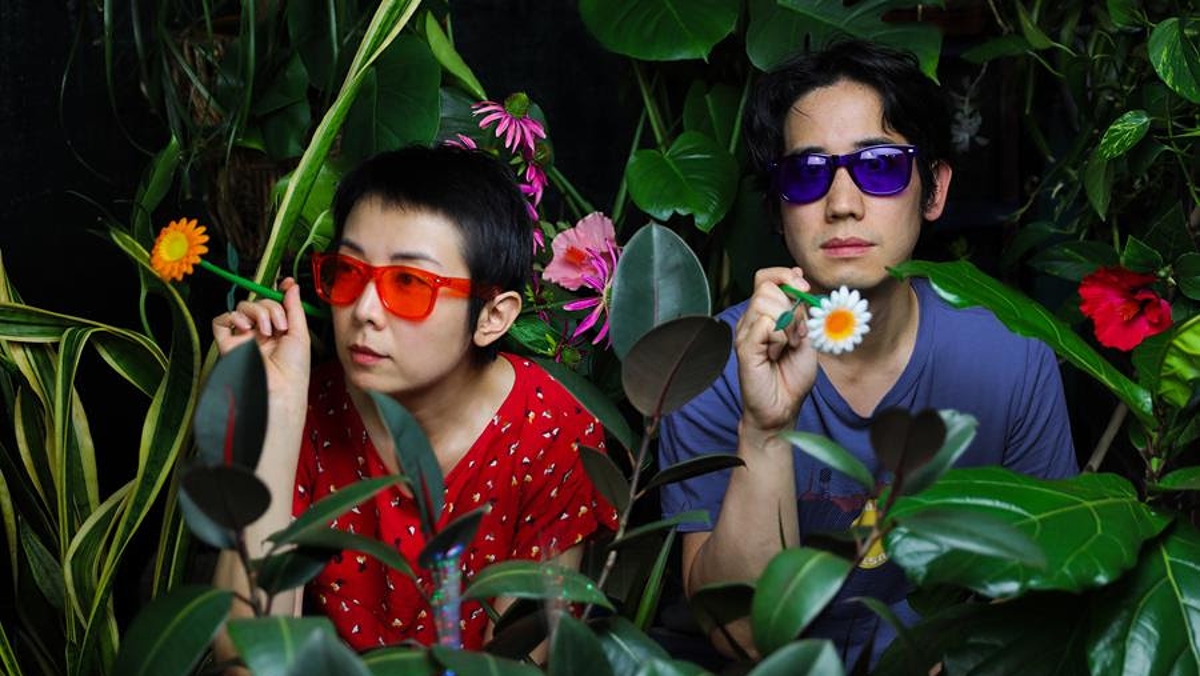 You’ve got to admire anyone putting out tracks like this just for being so thoroughly disinterested in marketability.

This Brooklyn-based duo follow-up their 2017 dystopian concept album R.U.R. with upcoming release Flashbacks In A Crystal Ball. A more optimistic collection of songs that explore moments of epiphany and enlightenment, due to drop in early November via Underground Culture Music

Blending a range of influences from early experimental jazz to contemporary electronica, and this fourteen and a half minute soundscape manages to layer clipped spatterings of synth that sound straight off a Sega cartridge with cleanly acoustic percussion.

Sonic Tactile Glide is a meditative piece of work that ebbs and flows and rewards repeated listening, not the kind of thing likely to show up on your Spotify workout playlist. 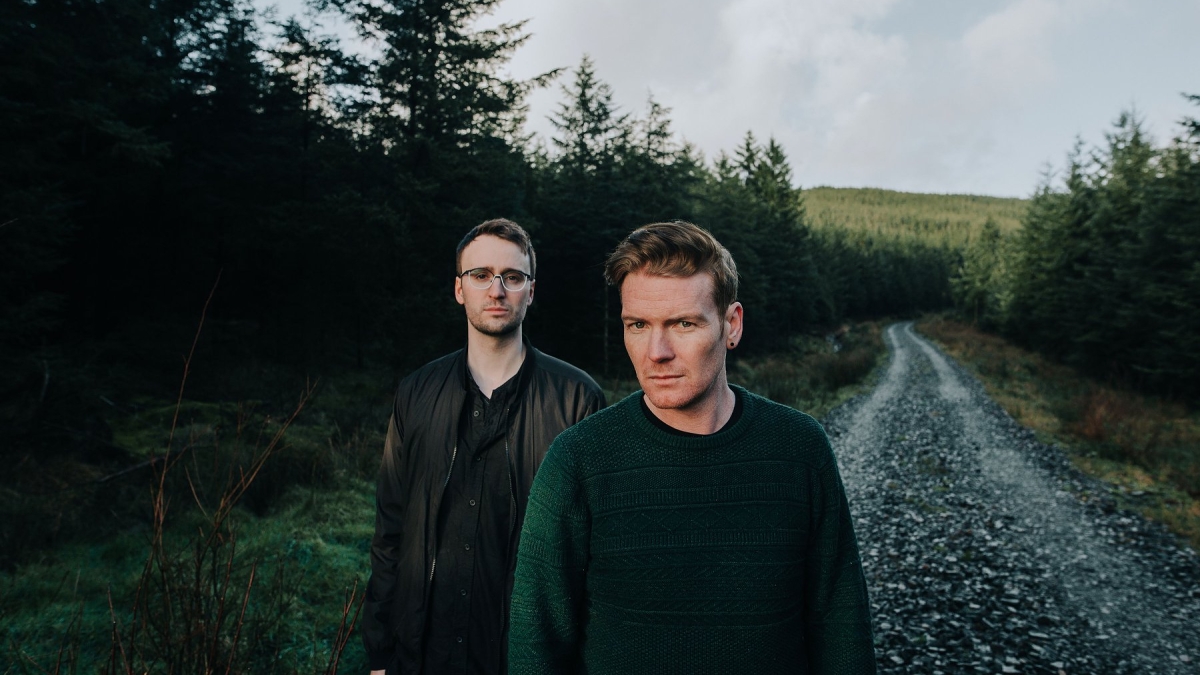 Ryan and Eoin by Wrapped in Plastic Photography

This is perhaps a very apt release given the recent political debacle that has gripped the country, the Elma Orkestra and Ryan Vail single has been released mere hours before this piece was put together.

A creation of Derry city native Ryan Vail and fellow city dweller and multi-instrumentalist, Eoin O’Callaghan, My Island is a stunning sliver of what these artists call home.

Having Stephen James Smith on the spoken word end of the business adds a whole other dimension to an act that is making waves, playing main stages and drawing much love across Ireland and beyond.

They are about to head off to Mexico to play with a 60 piece orchestra, which isn’t bad for a side project for a couple of lads from Derry. It’s worth clicking into YouTube to see the video in full effect. It’s a splendid thing.