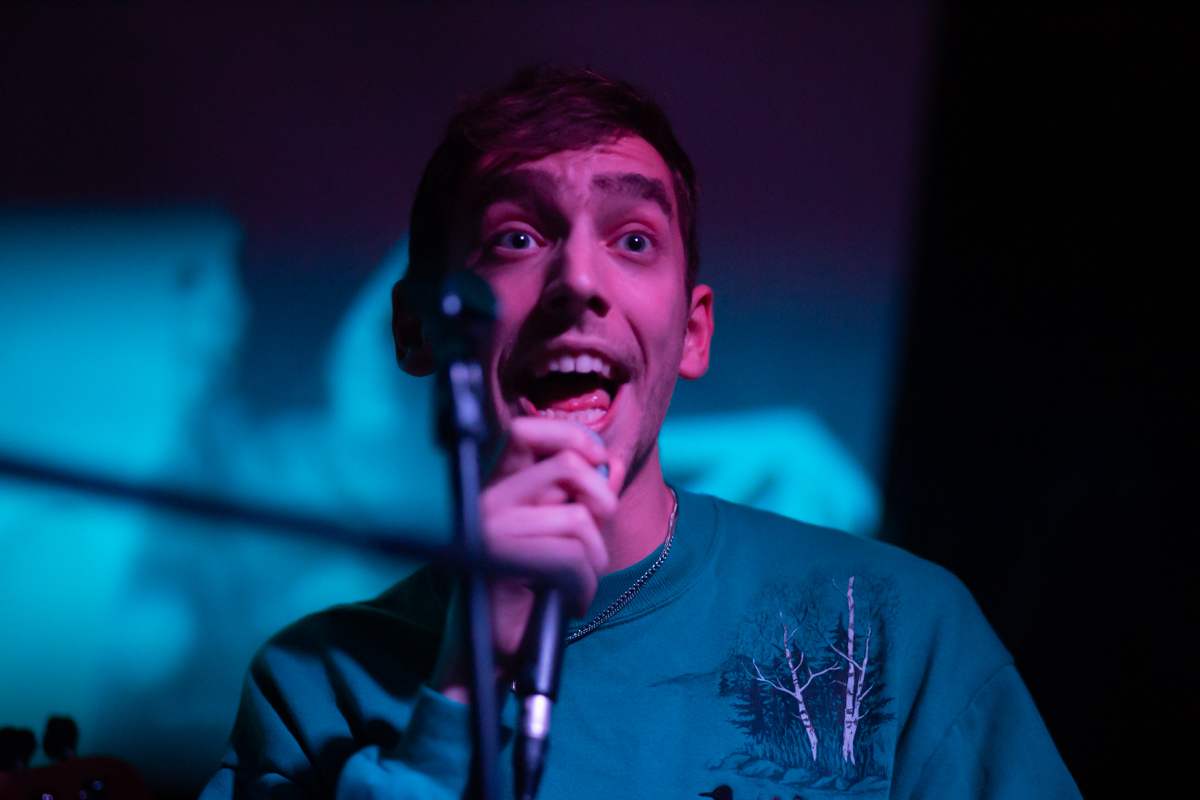 Chinatown Slalom finally come out into the open, Getintothis’ Peter Goodbody was there to see whether the band live up to their reputation.

With an album release already on the shelves and a series of low key gigs that were more like house parties, this is the first chance for many to get to see the band and hear what the buzz is all about.

But not wanting to to do anything the easy way, we have to wait until 11.30 on an inhospitable Saturday night in the North Docks to pop our Chinatown Slalom cherry.

The strap line for the night is “Everyone’s Invited”, which is generous, but in reality NST could only just be described as busy when we arrive.

Just as a Trump inauguration rally could be said to have been the biggest ever. We wonder if this is going to be a bit of fake news.

There simply aren’t that many people here to see one of the most hyped bands in a while.

Still, the ones who do turn up are having a good time, dancing to the pre-action DJs. It’s fun in here, even if you don’t mind if we keep our coat on, thanks.

NST hasn’t got a heating system yet. It relies on body warmth. We’ll see how that goes.

The stage is decorated with flowers and bits of greenery – roses and bamboo. The boys have made an effort. It looks the part.

And, in the end, so have the punters made the effort. Their timing is better than ours and come the magic advertised stage time of 11.30 it suddenly starts to get properly busy in NST.

There are squeals as the band wanders on stage and chaos ensues. The hype is for real.

This crowd knows what they’re getting and they’re determined it won’t disappoint. They know all the songs and they’re properly into this band.

Chinatown Slalom: Who Wants To Be A Millionaire?

But it’s not all quite so smooth.

There are broken guitar strings, impromptu rapping from the audience, smoking of fags: “You can’t do that in here, mate. Oh, alright, carry on”

In between this, there’s a massive love in for a band who have a decent, albeit short, set of well structured tunes. They’re not easy to pigeon hole, ranging from rap, jazz, funk and swing with a bit of rock thrown in. It’s eclectic and that’s probably the appeal.

@chinatownslalom are an unpolished gem but there’s more imagination in the first 28mins of their career than some acts have in a lifetime.

The album calls time at 29 minutes. We got that and a new song tonight. That’s fine.

Chinatown Slalom got the job done in the end and we’re cool with that.

It wasn’t slick and it wasn’t pretty, but, then that’s how they roll. And no one else really cares.

The DJs are running through until 4am, but we’re out of stamina. Have fun if you can take the pace. 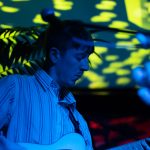 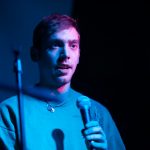 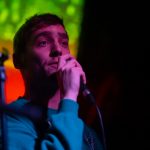 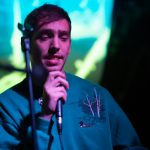 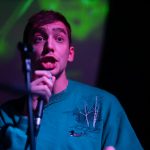 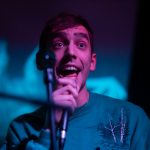 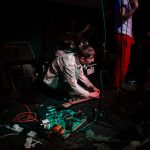 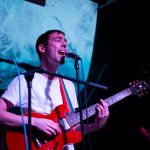 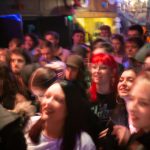 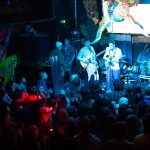 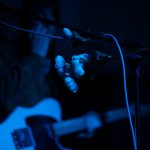