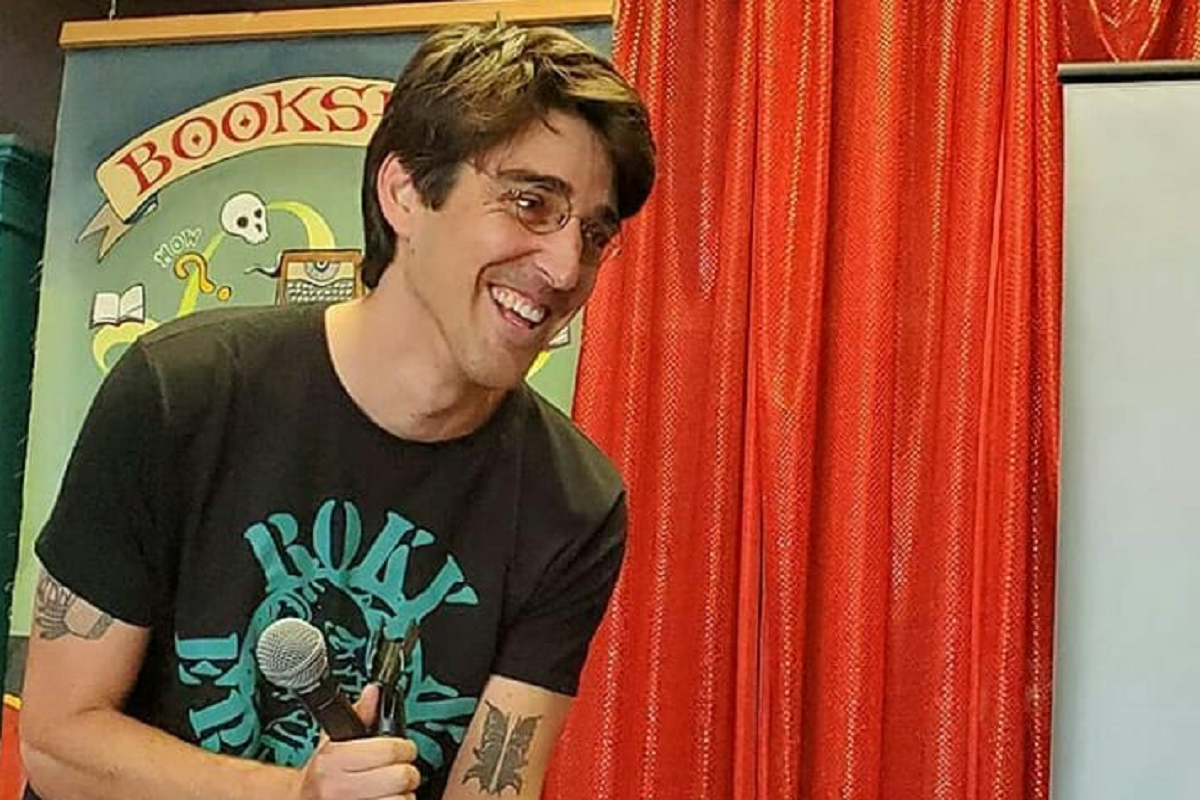 With the Razorcake workshop coming to Liverpool this week Getintothis’ Simon Kirk talks to Managing Editor Daryl Gussin on the importance of zine culture and DIY ethos.

Razorcake is a non-profit DIY punk zine based in Los Angeles which was established in 2001.

Two questions, you ask? Firstly, yes, zines still exist and secondly, yes, so do Razorcake. The latter, a testament to Razorcake‘s hard work and determination.

At Getintothis we know how much work goes into running a publication and for an organisation like Razorcake to not only stay in print but to achieve it by DIY ethos. Well, we say hats off.

Razorcake has been the bastion of championing outsider culture for the last two decades, covering everything from books, records and film.

Many zines have come and gone since then, consumed by the maelstrom of capitalism and the ever rising costs of just living from day-to-day.

Razorcake are still kicking, though, also having a website platform, which publishes interviews and podcasts in conjunction with features mentioned above. Since its existence, there has also been a record label element to Razorcake.

Whilst covering the likes of Shellac and Kathleen Hannah, Razorcake have continually evolved, championing new artists, too, not limited to Amyl and the Sniffers and The Gotobeds. This isn’t some nostalgic publication for people to relive their youth. This is a current concern.

As stated above, it’s purely DIY and non-profit and since day dot, Razorcake have thrived in this environment, remaining an ever-present voice in punk culture across America and other parts of the world.

Daryl Gussin and Donna Ramone who both play prominent roles in the Razorcake family will be coming to Liverpool’s Lovelocks Coffee on Saturday January 25 to talk about the zine.

The free event will be a collaboration with DIY punk promoters, Hyper Enough and Liverpool Cosmics Youth, which will also include workshops where people can provide and workshop their essays and poems.

In the words of Cosmics Youth‘s involvement:

“Readings aren’t essential but encouraged, and full workshops with professional writers will be provided to ensure YP feel prepped and confident to read their work at the event, should they want to. And don’t forget, if you aren’t a wordsmith you can still contribute artwork for the project, too. The kind people at Razorcake have also donated a pile of their zines to Comics Youth which you can all read during our senior Saturday Drop-In session.”

Gussin lives and breathes music. As well as being Razorcake‘s Managing Editor, Gussin has also been in many DIY bands from L.A., including God Equals Genocide, Marriage Material and Spokenes.

Prior to his first visit to Liverpool, Gussin was kind enough to answer some questions we put to him about Razorcake and its continual existent in a world where the opportunity to create is becoming more difficult year on year.

Deliluh interview: “The Slint comparison has come up a lot and is still strange to us”

Getintothis: Razorcake has been going since 2001. Can you tell us how it all began?

Daryl Gussin: “I didn’t get involved till 2005 but I started reading the mag in 2002 and essentially Razorcake rose out of the ashes of Flipside, which was a punk mag that started in LA in the late ’70s.”

Getintothis: Back in 2001 bands like The Icarus Line and Ink and Dagger were prevalent in the Los Angles punk scene, right? At The Drive In were more late 1990s before they blew up with Relationship of Command.

Daryl Gussin: “That was not where my head was in 2001. I was more interested in bands like the Swingin Utters, Distillers, and was still obsessing over those first two Dropkick Murphys albums.”

Getintothis: 2001 seemed to be the year where a lot of zines began. It’s a testament that you guys are still going given most have since ceased. So, the obvious question is – how have you kept it going?

Daryl Gussin: “It’s a scary, maddening world, and the thought of it existing without Razorcake is not something I want to imagine. We make the punk zine that we want to read, and when the delivery truck arrives from the printer with all the issues: that’s what has kept us going.”

Getintothis: Particularly publishing in a city like L.A. Or any city for that matter. Cost of living keeps increasing seemingly making the corridor for creation ever narrower. Has there have been any periods where you’ve thought “it’s too much, we’re done here”?

Daryl Gussin: “More that you’ll ever know, and probably more than I can even personally remember. But life is just one long escape room and you gotta stay creative and learning problem solving skills come in handy in every facet of one’s life. Thankfully we’ve developed a couple programs with the mag [Sponsor A Space program, June Subscription drive, annual donation drive] that have granted us the ability to continue to print. We’re in print because of the generosity and support of our readers. We owe everything to them.”

Getintothis: You’ve been in many bands too – God Equals Genocide and Marriage Material to name a few – alongside Razorcake, it must feel like you’re constantly putting out fires just to survive?

Getintothis: It’s refreshing to see publications such as Razorcake still doing long-form interviews. It seems like a dying concern these days. With social media, people seem more content with the quick fix. In your opinion, how important are long-form articles?

Daryl Gussin: “They all serve their purpose, but I’ve watched plenty of people who were getting interviewed not get comfortable to start talking about truly important stuff until we’ve been at it for at least thirty minutes, so I do think you get a much more substantial end product when you sit down with someone and start getting into, as opposed to quick snip behind the venue or wherever.”

Getintothis: Podcasts are a medium that Razorcake have flourished in, too. Did you ever envisage this concept taking shape when you started the publication?

Daryl Gussin: “When I started pushing for a RZC podcast it was because I had started downloading the weekly episodes of MRR Radio and thought it sounded fun to do our own version. We started doing podcasts in 2008 with nary a clue as to what we were doing. And honestly, they’re just fun to do. If you enjoy DJing or making mix tapes, a podcast is the obvious choice.”

Getintothis: When did the record label element of things come into play?

Daryl Gussin: “I believe that would have been 2006. But we stopped a couple years back simply because it’s so expensive, and you know, we have a zine to do. Our available releases are currently priced to move on our site. $2.50 7”s, $5 LPs. There’s some great shit up there!”

Getintothis: With print and even online music publications shrinking year on year, do you see Razorcake as the last line of defence in order to provide bands that platform for exposure?

Daryl Gussin: “No, the underground will always have it’s networks of propagation. A fifteen year old kid, who is twenty years younger than me, is using the internet in ways I’m not aware of and honestly don’t really want to know about, but more power to ‘em!”

Getintothis: Have you been to Liverpool before?

Daryl Gussin: “I have not! This tour will actually be my first trip to the UK.” 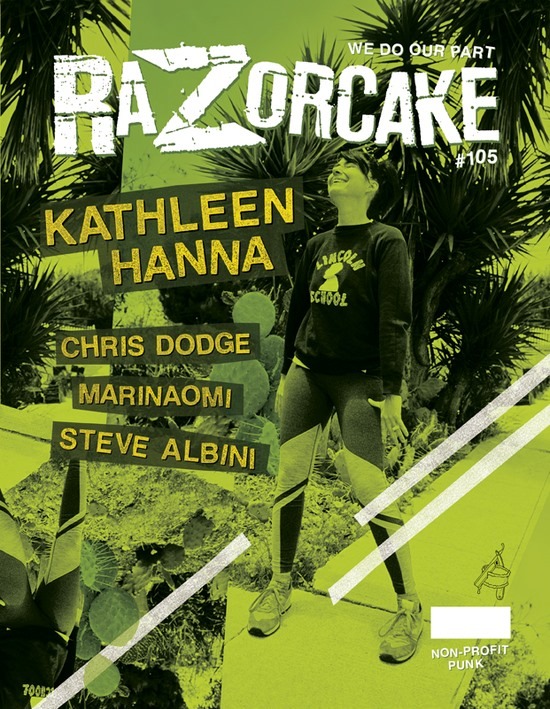 Getintothis: The workshop event is such a good idea and we’re very much looking forward to it. With print media, do you think things will ever come full-circle and we’ll see a groundswell of DIY zines form again?

Daryl Gussin: “It’s definitely not impossible! There are ideas we need to unlearn when it comes to print media. Why do technological advances always have to outweigh personal preference? There are people who generally prefer oatmeal to cereal. And probably a lot more who would prefer oatmeal if society hadn’t taught them they had to eat cereal.

My personal preference is physical formats because I feel I make more of a connection to it, and I find pleasure in it. And if art and entertainment isn’t about connection and pleasure, what is it about? What do I gain from choosing immediacy over connection?

If you enjoy printing a zine, treat yourself, you will find kindred spirits who feel passionately about your passions. I’ve met some of my best fuckin’ friends through Razorcake, people that I now consider family. There’s power in it because we believe in it. Follow your passions.”

Getintothis: Any bands from L.A. that we should be listening to?