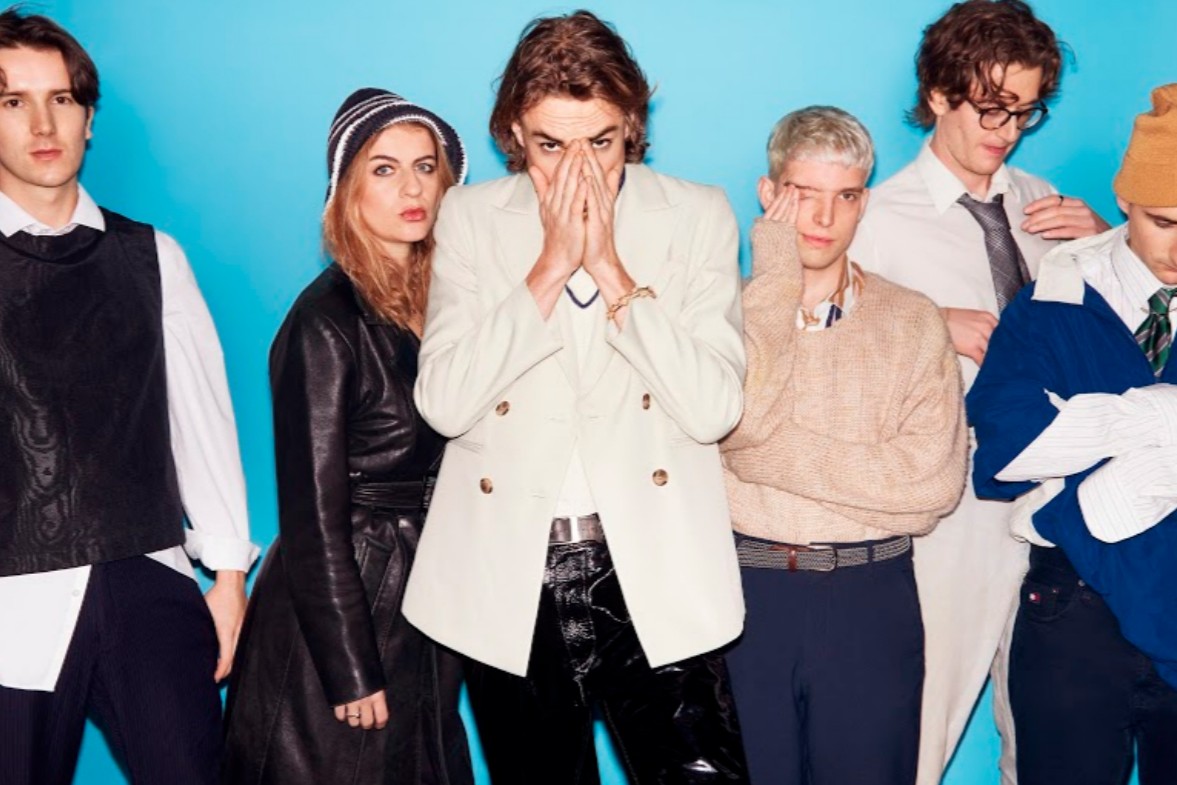 Sports Team ride the momentum of massive love with world tour, album and new single Here’s the Thing and Getintothis’ Roy Bayfield has the details.

Sports Team have earned a tidal wave of affection over the past couple of years with explosive sell-out live shows and a scattering of joy-bringing singles and EPs.

In 2020 the London-based six-piece will be doubling down with a worldwide tour and a debut album Deep Down Happy.

This will be good news to the young guitar band’s riotous following and will no doubt increase the reach of the irreverent, flamboyant banger-merchants.

The keenly anticipated debut LP comes out April 3, in the wake of acclaimed EPs Winter Nets and Keep Walking! – and will be their first release on the Island Records label.

Deep Down Happy was somehow recorded in between the band’s hectic tours, at various London studios.

Talking about the Deep Down Happy, frontman Alex Rice says: “I don’t think we were conscious of doing it but the album maps the journey of moving in together in Harlesden, moving back to home towns to sleep on floors for 18 months, then coming back to London, weighing up whether being in a band with your mates, being young in London is still the best thing in the world. I think it probably is.”

The single Here’s the Thing is a quintuple-shot bracer that blasts along at high speed – an upbeat hook-fest that we confidently predict will drive many a festival singalong.

The video features guitarist and principal songwriter Rob Knaggs as part of a vocal duo with windmill-armed frontman Alex Rice, backed by The Mana Cheerleading Dance Team – it’s a tidy feat of choreography that cannot fail to raise a smile.

A worldwide tour including nearly 40 dates blitzes the Americas and Europe in passport-melting fashion, while weaving in and out of the UK. Dates within these shores include Warrington Neighbourhood Weekender on May 24.