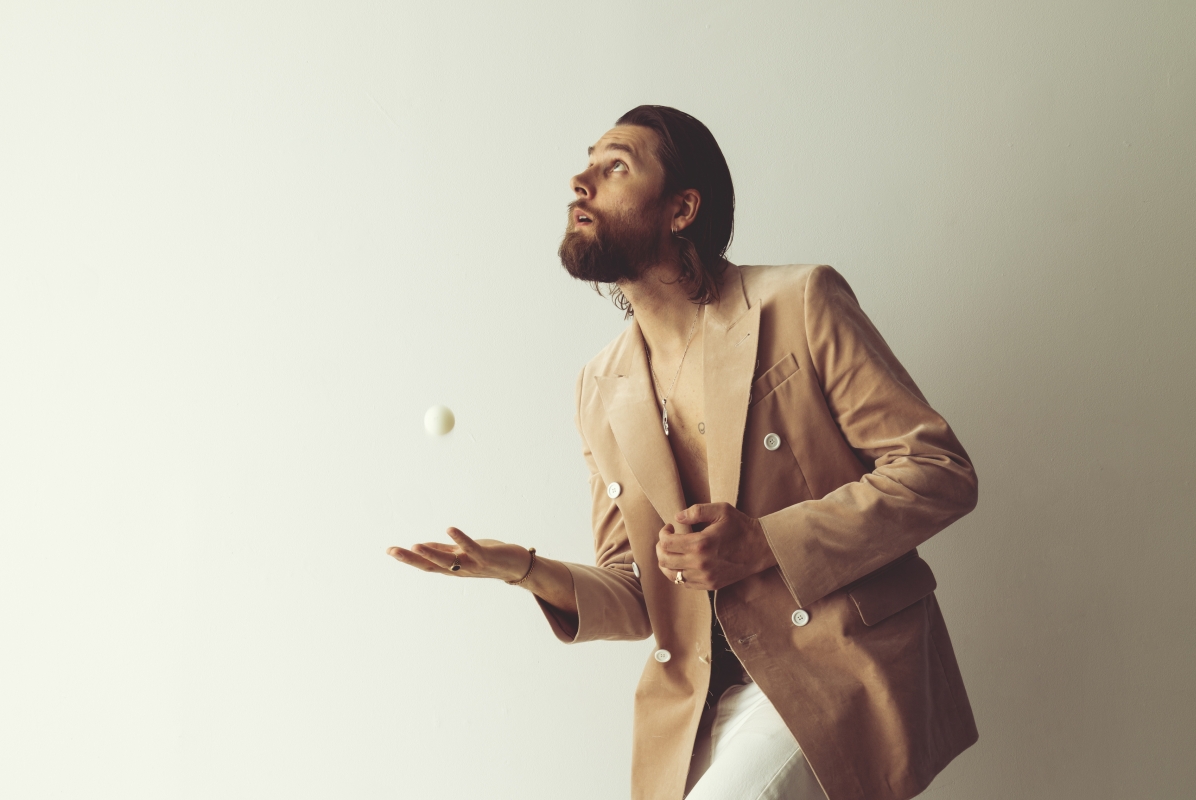 NYC based singer/songwriter LT Wade has just announced news of his sophomore album Requiem For The American Dream, which will be released on April 24 via Dopeness Records.

The album is a social commentary on the death of the ‘American Dream’. Wade is based in New York and he has created a record wrapped up in the analogue sonics of 70’s record production.

A non-stop narrative of the times we live in and the troubles we face as a society.

The album recorded in New York and London. He began as the guitarist for Courtney Love in Los Angeles 2007.

He’s written, recorded and produced 3 full-length albums including his debut album with FURS in 2016.

He’s an interesting guy, so we were keen to hear his answers to our 13 Questions. Here goes:

I’m in Brooklyn, in my apartment. I’m working my ass off promoting my new upcoming album.

Looking out over Lake Tahoe in California…from my friend’s deck. I have many great memories there.

Bella Union. They have a great back catalog with some of my favorite artists plus the team at Bella Union all have really lovely hair.

Being locked in a small cage beachside in Portugal. My parents will deny it so don’t ask them.

Back with the chicken. I don’t fuck with eggs.

I like to think positive so I’ll swap it and tell you the best celebrity (musician) I’ve met. I hung out with Bille Joe Armstrong of Greenday fame when I was living in LA. He was a real sweet dude. We drank vodka and orange juice, and talked about the music we liked. Dreams do come true. Sometimes

Spring is my favorite season because we’re coming out of a drab winter period, the sun shines the warmth comes back and new life begins to show it’s face…either that or season 2 of ‘Succession’. For the same reasons.

Kyoto, Japan. So you can listen to ‘Alone in Kyoto’ by Air on headphones and pretend you’re in a movie. Plus they have a Golden Temple that’s dope.

I’ve always loved ‘2001: A Space Odyssey’ by Stanley Kubrick. It’s so beautiful to watch and when I think about the fact it was made in 1968, it still blows my mind.

Probably Heinz Baked Beans on toast with a sprinkling of black pepper and a tiny bit of cheese. I don’t eat cheese anymore but I’m on death row so I don’t think I’d be very fussy about my cholesterol by that point.

My new album ‘Requiem for the American Dream’ drops April 24th, 2020. So please take the time to give it a spin on your favorite streaming dictatorship.