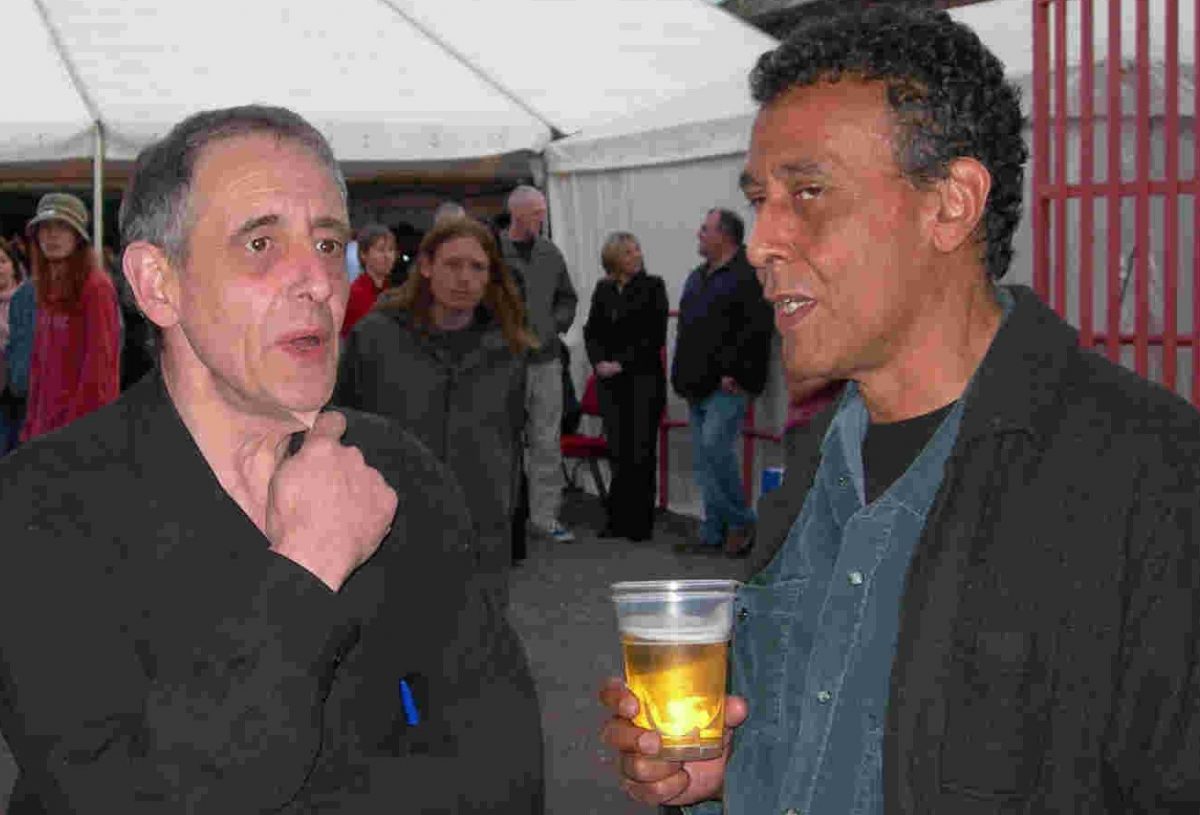 Following the sad passing of Pete Fulwell, people who knew him paid their respects on social media and Getintothis’ Banjo gathers these reflections on a Liverpool legend.

In the week since the sad news of Pete Fullwell‘s death, the story that has been emerging is that of a quiet man, happy to operate away from the headlines, but one who nevertheless influenced, supported and inspired a great many of the people he came into contact with.

He will be best remembered for his role in launching and steering the world famous Eric’s club in Liverpool in the late 70s and for founding Inevitable Records. He was also manager, mentor and friend to the bands that came through the Liverpool scene.

As is the way these days, once news of his death was announced, those whose lives he impacted took to the likes of Facebook and Twitter to pay their respects.

The posts are very emotional and speak of a love and respect for one of Liverpool’s most influential figures. But these posts also paint a picture of a gentle man who was as knowledgeable as he was committed and as much a friend as he was a manager.

His loss is a huge blow to those whose lives he changed, directly or indirectly.

The words written by those people say everything a straightforward tribute piece could not, so we will hand the rest of this over to them.

Pete Wylie worked closely with Pete Fulwell and took to Facebook to express his sadness.

“I’m so very, very sad today. The terrible news has been confirmed:

Pete Fulwell has passed away.

The man directly and literally changed my life.

I met him first when he partnered Roger Eagle to run Eric’s, the legendary Liverpool launchpad for so many of us music-mad youth.

Everyone knew Roger; few knew Pete. He preferred, in his own words, to be the ‘eminence gris’, a title he never relinquished, no matter what heights his management took us, the acts he looked after.

Because that’s what he did; He managed. WAH!, The Christians, It’s Immaterial, Black, and more.

He made me do the demos that made WAH! Heat. He took them on and protected us from the business side which we all had doubts about.

He steered me and supported me throughout the 80s, and that wasn’t always easy!

From the early indie post punk classics, through The Story Of The Blues and the madness that followed [Milan Airport, anyone?].

We had our differences. There were challenges. But we never needed a contract, he was straight and honest- maybe too much for the music biz;

he was a super-intellectual psychologist at heart, and he couldn’t help that coming out at times.

He had a fierce dream/desire to promote and help local talent, and not just music. We used local artists for record sleeves, did as many videos as we could up here, and ALWAYS tried to promote the city and its talents, as we did when he and I set up our label, Eternal.

His greatest wish though, was to promote music of black origin, for want of a better phrase, and in particular the music of L8 -Toxteth to you- and, as a black man in a white world, he knew the challenges that brought. Racism is and was real, even in the so-called open-minded music world.

After we stopped working together, we remained friends [eventually!] and he went on to set up organisations like MMDA to help and promote Liverpool music in a very real way..

He will be remembered as a straight, great, honest man and some time miracle worker.

I will miss you so much Pete, with tears in my eyes. But I will continue to fight for your legacy.

I owe you [though you’d never suggest such a thing].

And thank you Pete!

I love you, and want to extend my heartfelt condolences to Pete’s family, and friends, and all those left behind.”

Pete Fulwell RIP. A manager, a friend, a guide, an ideas man, a fellow-conspirator, and an encourager…the voice of calm assurance.
Pic: Pete and me choosing some exotic snack from a street vendor, @thechristians' promo tour, Japan 1988. pic.twitter.com/6NlzwT0L0r

Bernie Connor is another person who came into Pete Fullwell‘s orbit. In a bad week where Bernie had already lost close friend Andrew Weatherall, he had this to say;

“LEST WE FORGET: In all the melee of my own personal bad week, we may have overlooked that another giant of music has passed. Pete Fulwell was an enormous figure in the history of Liverpool music.

Together with Roger Eagle and Ken Testi, he steered Eric’s through one of the most creative, fertile periods in modern British history. For me, he was a great source of wisdom, a great educator.

I was 16-17 years old, and he knew it, hanging about in a nightclub by day. he was always kind and gracious to us. he and Doreen Allen were the day to day existence of the club, and through the persuasive powers of Kevin Connolly and Alan Jones, pretty much bankrolled our existence, always finding odd jobs and errands to run.

He was a conversationalist, he could talk endlessly, and with authority about any subject you may wish to raise. He had this thing about the future. Post Eric’s, he founded Inevitable Records and Management and oversaw the debut releases from Wah!, Pink Military, Holly Johnson, Dead Or Alive, China Crisis to name but a few and managed The Christians to international acclaim and success.

Even if he’d only done that, his name should be in neon lights across the sky. But his fingers dipped into many pies.

He was instrumental in the creation of Crash FM, something that seems to get overlooked. He was the first person to show me the internet and try to explain it, in his own eloquent way. I thought, and still think, it’s sorcery.

I hope his name is remembered for his huge achievements. Others get lionised for much less.

love to his friends and family. And thanks. X”

John Steven Locke worked with Pete in the 90s and again took to Facebook to pay his respects with these words.

“A few weeks ago over the weekend I was told of a very good friend Ronnie had suffered a stroke and was in hospital, I was also told my good friend and mentor Fred Booth had passed away and the same weekend about the wonderful human being Pete Fulwell had passed too.

The news of all of these friends being ill or passing put me into a place of thought and review of life.

Pete hadn’t actually passed away at this time though, and it was a bit of unfortunate incorrect information, but he was very ill.

Vert sadly today I heard he has passed away.

Pete managed mine and David Hassall’s band and production outfit The Sound Foundation in the early to mid 90’s.

Pete was complex, interesting, extremely intelligent, very funny, highly informed and incredibly imaginative … I had the utmost respect for him… He lived a great life and gave a lot to many through everything he did.

The British music and arts industries owe him a lot.

His involvement with the development of LIPA, the fact he helped create and run Eric’s with Ken Testi and Roger Eagle and he also managed the wonderful It’s Immaterial, the legendary Pete Wylie and the internationally acclaimed Christians as well as working with Holly Johnson and others.

RIP Pete Fulwell…always the most nicest of gents and it can never be understated of his influence on the Liverpool music scene (Erics, China Crisis, Wah Heat, Black, It's Immiterial..Inevetable Records) My love and thoughts are with his family and friends.

Joe Musker drummed with a hugely impressive list of bands in the late 70s and early 80s, including Dead or Alive, Wah! and The Farm. Joe had this to say on Facebook;

“Sad to hear of the passing of the great Pete Fulwell.

I worked alongside Pete at Inevitable Records in Liverpool during the early 80’s. With Pete‘s help I worked with a few of the bands that were involved with the Inevitable record label, Dead Or Alive, It’s Immaterial, Faction and Pete Wylie and Wah!

Pete was very helpful to most people involved in the music scene. His management and guidance were just two of his strengths. Such a clever man too.

Rest In Peace. I hope Liverpool honours the man who did so much for music.”

The last word here goes to Henry Priestman of The Christians, who posted “Pete has been such an important part of my life from 1976 through till now: as a manager, as a friend, as a guide, as an ideas man, as a fellow-conspirator, and as an encourager, the voice of calm assurance.

He still looked after The Christians‘ business from back in the day (accounts etc), which meant I always met up at least a few times a year for coffee and to chew the cud, see what new plans he had to make the world a better place!

A gentleman and a gentle man, Pete was a very private person, he shied away from the limelight, never wanting to overplay the “Eric’s card”; to him the artistic (if not financial) success and legacy of Eric’s Club was just one of the many things he realised in a life of rich and varied achievements.”

He also posted a YouTube link to a song most of us have probably never heard of before, a song he was introduced to by Pete Fulwell. That song is Jesus’ Blood Never Failed Me Yet, by Gavin Bryars.

The song is based on a recording of a homeless man that was made for a TV documentary, but was never used. Bryars noticed that the song was in tune with his piano and looped neatly into 13 bars.

Inspired by the effect the singing had on those who heard it, Bryars added an evolving orchestration to it, creating an unusual but haunting piece of music.

Bryars later said of the anonymous singer “although he died before he could hear what I had done with his singing, the piece remains as an eloquent, but understated testimony to his spirit and optimism”

It is an odd but fitting tribute to an unsung hero of the Liverpool music scene.

In his Facebook post, Henry Priestman said that he would “listen to all 25 minutes of the record and raise a glass to Pete.“

We can think of no better way to pay tribute.