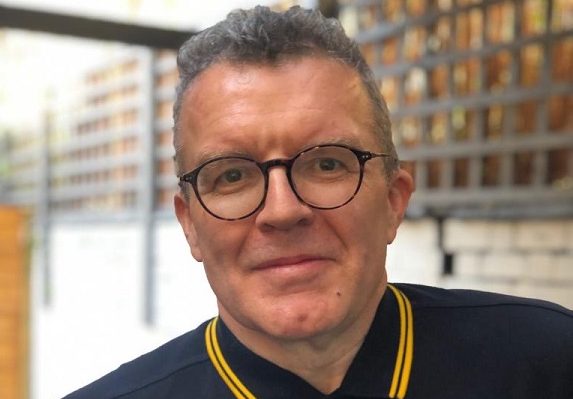 Commenting, Watson said his top priority in his new role would be to secure ‘maximum support for the music industry to combat the impact of the coronavirus pandemic and help return the sector to growth as soon as possible.

Watson who served as Deputy Leader of the Labour Party from 2015 to 2019 and Shadow Secretary of State for Digital, Culture, Media and Sport from 2016 to 2019, succeeds outgoing chair Andy Heath and will start his role with the umbrella body for the UK music industry in April.

‘UK Music speaks with a powerful voice for the whole of the UK commercial music sector. And at the heart of the sector are the songwriters and musicians, many thousands of whom stand ready to serve in the national effort against coronavirus.’

‘In ordinary times, the U’s commercial music sector contributes £5.2 billion to the UK economy and supports 190,000 jobs. The cancellation of live music events has devastated the sector. Thousands of jobs are now in peril and threaten the long-term bottom line of the UK economy’ said Watson.

Musicians and groups alike have taken to Twitter to congratulate Watson on his appointment, including the Musician’s Union, The Undertones singer Fergal Sharkey and fellow Labour politician Tracy Brabin (MP) who took over Watson’s previous role of Shadow Secretary for Digital Media et al.

"We are delighted to welcome Tom Watson as the new Chair of @UK_Music. Tom has been a fearless champion of musicians and creators, and a great friend of the Musicians' Union for many years now" – MU General Secretary Horace Trubridge https://t.co/pX3dt5xGg7

Now there’s a great idea. Could not think of a more appropriate or better qualified candidate. Well done Tom, you’ll be brilliant. https://t.co/E4YNtmIlio

The right person for the moment and beyond. Congratulations ⁦@tom_watson⁩ & ⁦@UK_Music⁩ .
⁦@IvorsAcademy⁩ look forward a brighter future for Music and its makers. https://t.co/pe3N8ZDmS6

A fantastic appointment and I look forward to working with my friend @tom_watson to ensure the impact of #Covid_19 on musicians is lessened by swift, wide ranging and meaningful support from govt. 🎧 🎶 https://t.co/a8ABzgPyOy

Watson was the Member of Parliament for West Bromwich East from 2001 to 2019 stood down from parliament at the General Election in December last year.