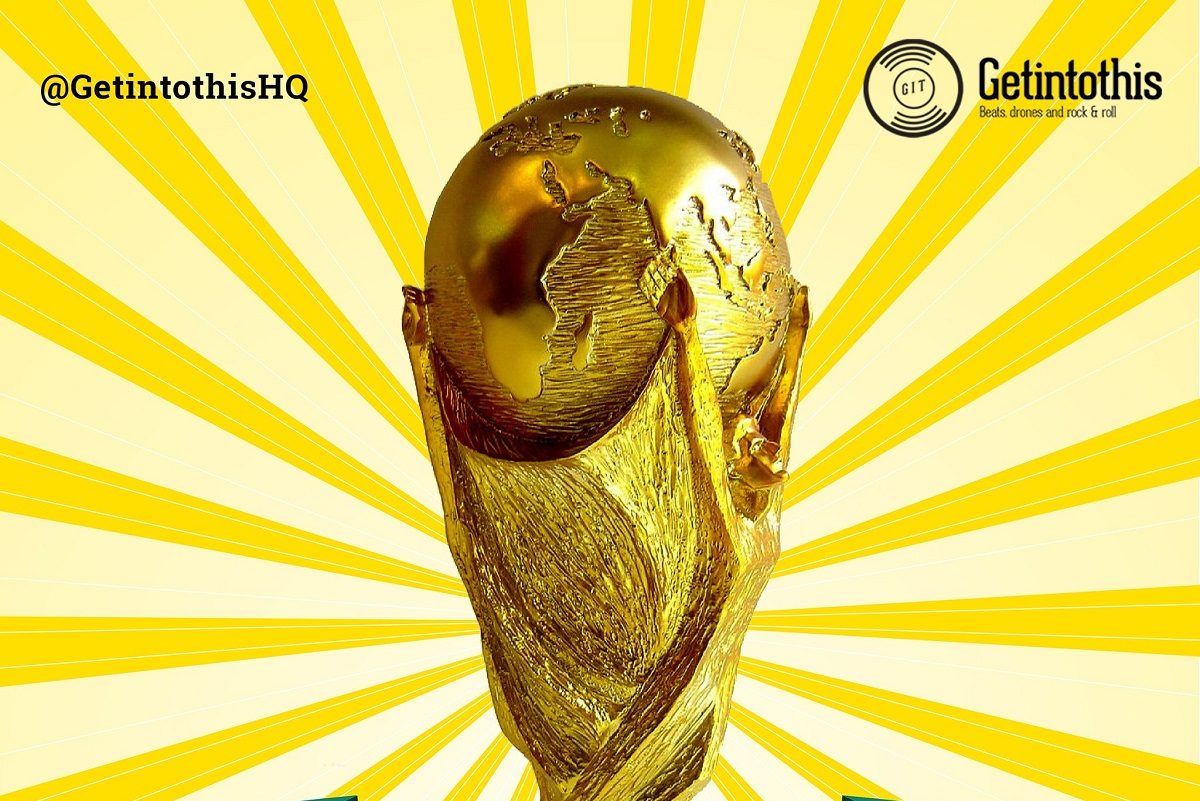 It was the competition sensation that swept the nation, the first ever Twitter Liverpool Pop Music World Cup took place last week and Getintothis’ Steven Doherty saw all the action.

Here at Getintothis we are missing it more than most, so with that in mind we introduced the inaugural Liverpool Pop Music World Cup.

Or, because the whole thing played out on Twitter, #LiverpoolPopMusicWorldCup.

Taking place over 3 days at various (sadly, imagination-only) city centre venues and featuring 32 of the locales’ great and the good.

There was no doubt that this was to be the biggest sporting event held since this year’s fabled Virtual Grand National.

So, who were the runners and riders?

The Groups in full

The majority went with form, with most of the favourites qualifying for the last 16, with the only real shocks being that dark horses Ladytron and Black didn’t get out of the groups, and the biggest surprise being that Atomic Kitten managed to get 18% of their sections vote.

A case for drug tests for the voters rather than the players there.

Time for a breather after a hectic first round, and even time for Everton legend Peter Reid to join in the fun by having a pop at the tournament organisers.

As it’s the last 16 of a World Cup, it must be time for the obligatory wall-chart.

By this time the event was becoming so popular, our very own Sepp Blatter took time out from his very busy competition organisation to chat about it on Radio City Talk, whilst some of the bigger names of the tournament took to Twitter to discuss events.

"They didn't even put my track on their playlist, so they can do one" – @petewylie after losing to Frankie Goes to Hollywood.

"No-one cares about your Twitter World Cup so get your fuckin' hedge cut" – Nigel Blackwell, Half Man Half Biscuit.#LiverpoolPopMusicWorldCup pic.twitter.com/sZLNfvYaxd

So, as you can see from the above, the draw brought some big names together (plus a few ties that could have benefitted from a ‘none of the above’ option), the biggest being the “Liverpool, you say?” Derby clash between The Coral and the quietly-fancied Half Man Half Biscuit, which brought the nichest tweet of the competition (if you know, you know, excellent work, Peter Martin).

Round 2 saw easy victories for The Beatles, The La’s, The Farm and The Bunnymen, whilst The Coral irked the purists by flooring HMHB.

We also saw close wins for Wah! and OMD, whilst the big shock of the round saw the massively under-rated FGTH see off the Ivory Coast of the tournament, the hipster’s favourite, Shack.

Onto the Quarters then.

No time for an enticing graphic.

The last 8 saw the impervious Beatles thrash poor OMD 4-1 (Lennon 2, Harrison 2), whilst Wah! went out 3-0 to those warriors of the grassland, Frankie Goes To Hollywood.

The Bunnymen triumphed 3-1 against a resilient Farm, with the epic struggle between Coral and La’s being a classic, with The Coral just edging it 4-3.

So, we were down to just 4 bands for the final day.

So the media’s dream final of Lennon et al versus McCulloch et al was very much still alive, but just like Everton spoiling Spurs’ charge to the 1995 FA Cup Final, there was a Daniel Amokachi-shaped spanner yet to be thrown into the works.

The Beatles sauntered past a tired FGTH 3-0, Harrison netting all three, making themselves even firmer favourites for the final.

However, over at the other semi, The Coral sprang something of a surprise, coasting to a two-nil victory against their more experienced rivals.

So there was just a 3rd/4th play-off to contend with, you know, that game that no-one ever cares about.

(For the tournament completists amongst you, EOTB 2, FGTH 0).

Now it was time for the big one. 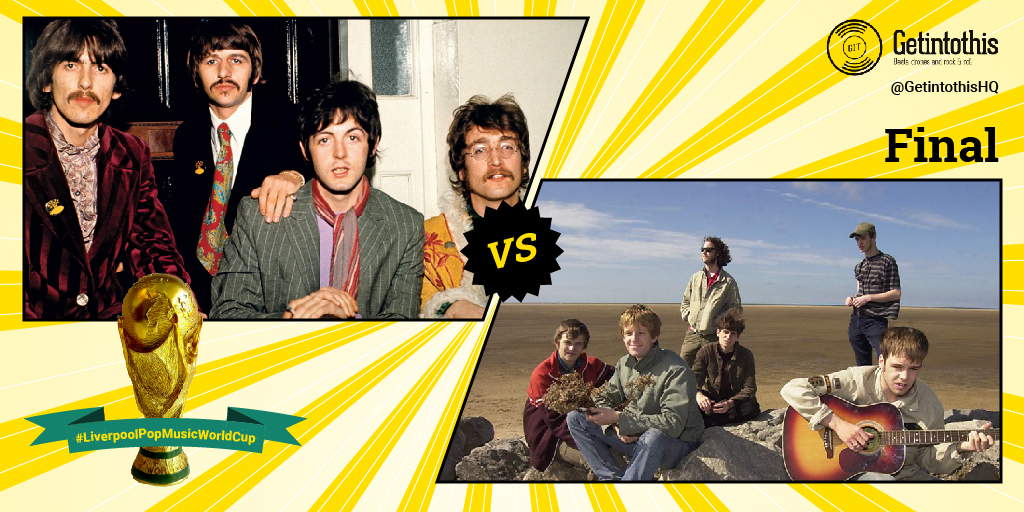 The crowds were out in force, the hashtag was trending.

Despite the best efforts of The Coral to pass it on, it was a bridge (and middle eight) too far for the plucky youngsters, with The Fab Four nicked the final by 2 goals to 1 to claim the very first LPMWC.

What a win for the Brazil of popular music (mostly over-rated, but everyone seems to have a soft spot for them). 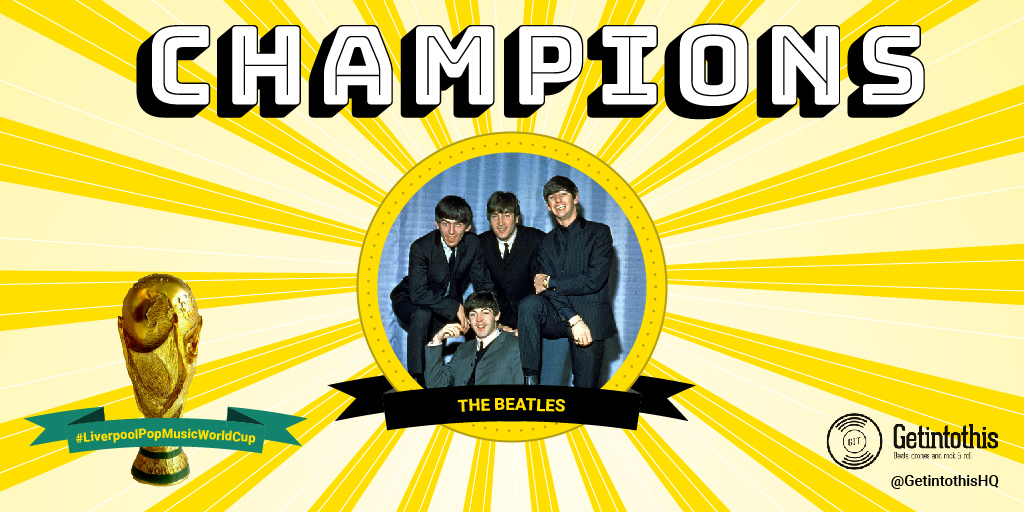 But, it wasn’t all about team success, there was also a chance to claim some individual glory by winning the Golden Boot for being the tournament’s top scorer.

The prize went to The Beatles’ George Harrison, whose crucial goals led to his team’s victory, and due to the current dearth due to world events, is now 3rd favourite for this year’s BBC Sports Personality Of The Year. 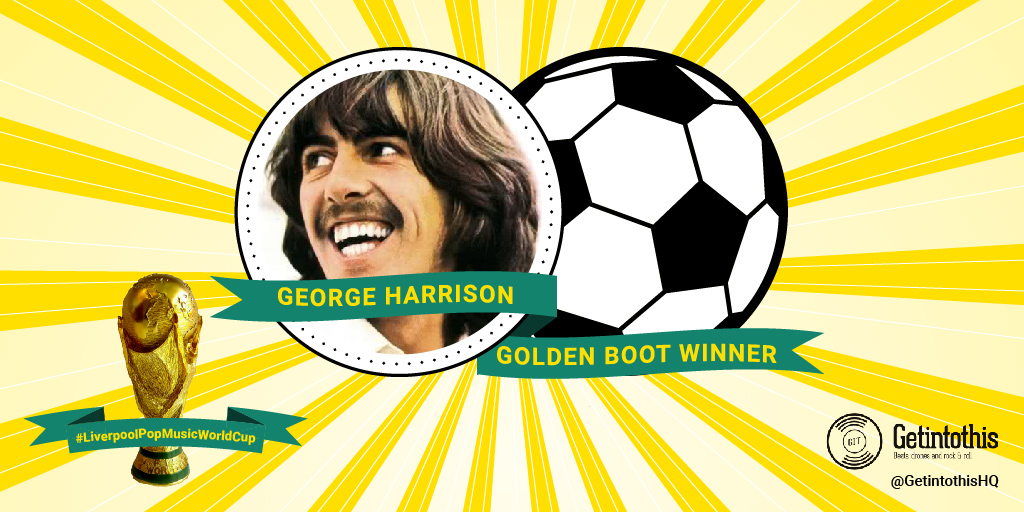 In three nights of action more than 20,000 votes were cast with most of the bands joining in the fun with The Lightning Seeds, The Coral, The Farm, Tea Street Band, The La’s and Teardrop Explodes all continuing to join in the fun every match night.

So, now it’s over, attention turns to what’s next.