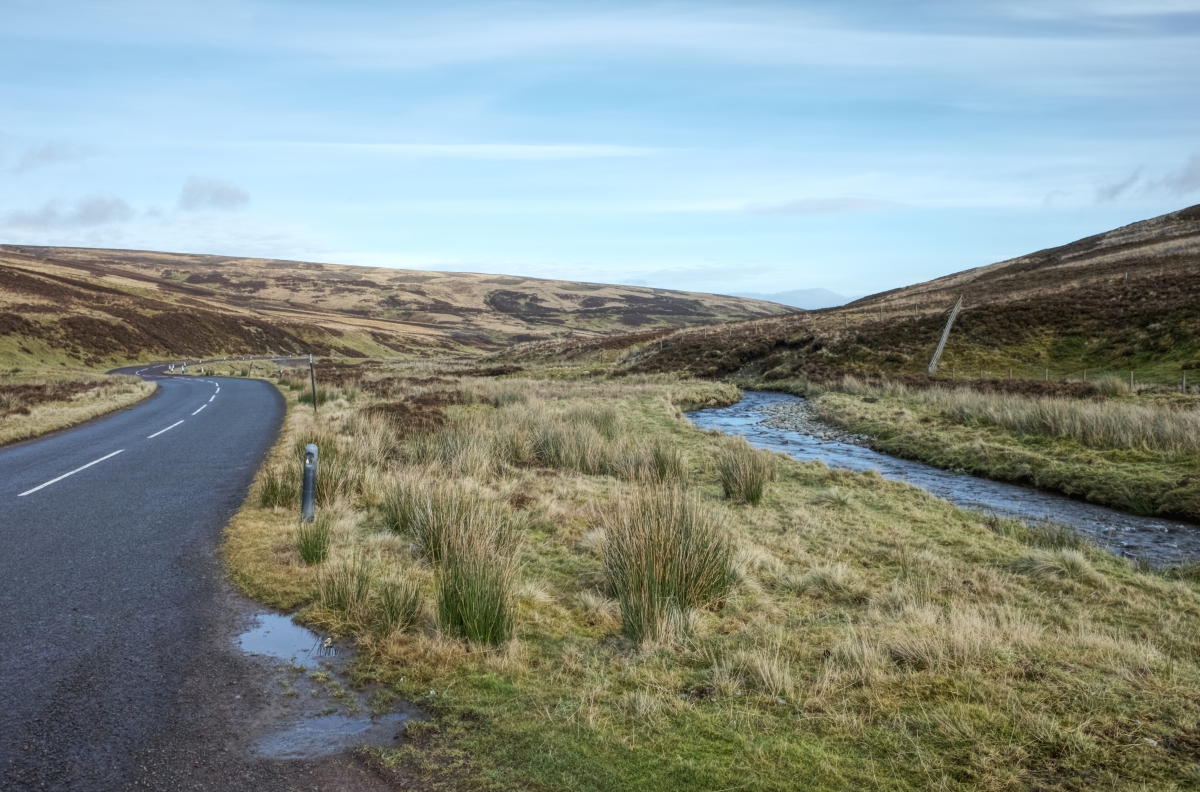 The life of a delivery driver is a peculiar one these days, Getintothis’ Andy Walker gives us an insight.

It’s a strange time for many, if not all, at the moment. I am loathed to say unprecedented. Let me not say that word again; but it is an unusually difficult time.

All the news about people struggling to deal with their time at home, losing their job or being furloughed (another word being bandied about too much right now), claps for the NHS, asymptomatic transmission, the food stores still being stocked and staffed, people social distancing (or not), mental health.

Personally I’ve got lots of hobbies. Reading, writing, playing guitar (not very well), taking photos and the like.

Honestly I can fill a day at home no problem. A week… well I’ve so much reading and writing to do, so hell yeah a week off would be great. Though a week off would make it difficult to justify not tackling the damn garden.

As it happens though I’m finding it difficult to focus on writing – and many people I know, who enjoy their hobbies, are struggling too. Even reading for me has been in fits and starts.

Then again, I’m a delivery driver for my considerable sins (which I assume were in an earlier life as I’m not recalling anything that bad in this one) and, in actual fact, instead of cutting back our work deliveries are spiking like it’s Christmas.

It’s got to the point where we struggle to get a day off if we want one. The rules are six days consecutively on the road max and currently that’s what we are all doing. And they are taking on extra drivers to cover all the additional work. So – lockdown, what lockdown?

It’s fair enough though. As long as we are careful. We keep our hands clean and alcohol is permitted in the cabs for once, as long as we use it to wash our hands with.

We keep social distancing and all that, then what we are doing is keeping a semblance of normality for many folk.

If people order their household stuff, be it cat litter, dog food, pegs, books to read or gin, then that’s keeping many more people from being out on the road making journeys, and keeping their sanity better, isn’t it?

But it’s a strange time being on the roads while they are so quiet. The motorways and dual carriageways are a dream, even the Mersey Tunnel was free.

Ibiza Abandoned, a DJ’s tale: From good times and tan lines to empty clubs and hospital scrubs (and back again?)

But it’s driving around some of the towns which gives you the strangest feelings when you can go for ages without seeing anyone in cars.

In many areas there are more people on bikes than in cars. The amount of spandex being squashed around old people’s creaking bodies is phenomenal at the mo. Driving around them is slow as many look like they have forgotten how to ride a bike, or are hard of hearing and aren’t aware if we are behind them.

But it’s not a big deal with the lack of traffic coming the other way, overtaking is not an issue for long. I do wonder how many of the old dears are getting injured as they struggle into or out of those clothes. Could be another hidden statistic for NHS to collate at a later date.

I never wanted to be a driver by the way, but needs must. And I do enjoy driving. The act itself and the peace on the road accompanied by my tunes when I want, but usually a Podcast or two, and then Radio 4 or 5. It’s great.

At the moment though, Radio 5 is superfluous with the lack of sport and not wanting to be wallow in the bad news or vox pops of the ‘how bad it is’ or ‘how I deal with..’ it’s all too much.

Escapism is what we need. Once a day listen to the news, keep up with it but don’t depress yourself too much by it. That’s my way of coping anyway; live like you’re in Ambridge where The Archers have yet to hear of Covid-19; and The Bull is still open!

Delivery drivers are generally fairly anonymous. Customers not really giving them a second thought, along the lines of ‘it’s only the delivery driver’ being shouted to their other half. As often as not a grunt rather than a thank you.

When the lockdown began this changed for a few days with nearly all the customers welcoming with a broad smile and a very loud thanks. It was such a change it was noticeable.

People realising they were going to be ordering things more often and we were a lifeline. Someone coming to their house doing something they wouldn’t do themselves.

Sadly this only lasted three of four days before things started to turn a bit of a wrong turn, to use driving parlance. There were still some warm welcomes of course, but others were a lot more wary – shouting, ‘leave it there!’ – and forgetting to say thanks.

It was disconcerting and I half expected a bullet to blow up the ground in front of my feet or one to whizz past my ears in warning: ‘I said no further, you disease ridden rat!’.

This has steadily become more the norm, but is less bothersome now. It is understandable how people are nervous, and being cooped up all day can’t be good for the mood.

That said, if people are ordering things online how are they expecting the items to arrive at the house other than from a delivery driver?

Ironically, and sadly, the people normally who want to talk are those older and on their own, and now we can’t talk to them apart from shouting from afar. The health effects mentally for people must be horrendous and another lagging stat we’ll only know about in months and years to come.

I feel I’d like to do five days a week largely. It can be tiring being out all day on the road. It is not taxing mentally in terms of decision making, it’s just the constant awareness side of driving.

A thousand miles a week without an accident in years, it’s all about concentration; and keeping hydrated and not rushing. I don’t wear a Fitbit anymore but when I did the average steps on a working day was around 16-18,000.

If you’re delivering to somewhere between 100 and 160 houses you can see how many times you are getting in and out of the van and walking up drives or along roads looking for the right house.

You may usually see the driver in the cab, but it is far from a sedentary job.

At the moment we put the parcel on the doorstep, knock on the door and step away (often as far back as to the van) to see if anyone comes out for the parcel – if they haven’t left instructions we can no longer deliver to neighbours of course.

We don’t have the extra time taken to go and knock on doors, which is normally considerable and more people are in anyway – or have got around to leaving instructions – which means we can get rid of our parcels quickly.

Of course that means we are given more – swings and roundabouts – but so be it whilst we can deliver them all. I’m liking this knock and run effort whilst this lasts.

There are advantages of the job at this time anyway (though feel free to tap me up for a better opportunity when things return to a better normal), first and foremost – apart from still having a job at all – it’s getting out every day: Fresh air and fitness. 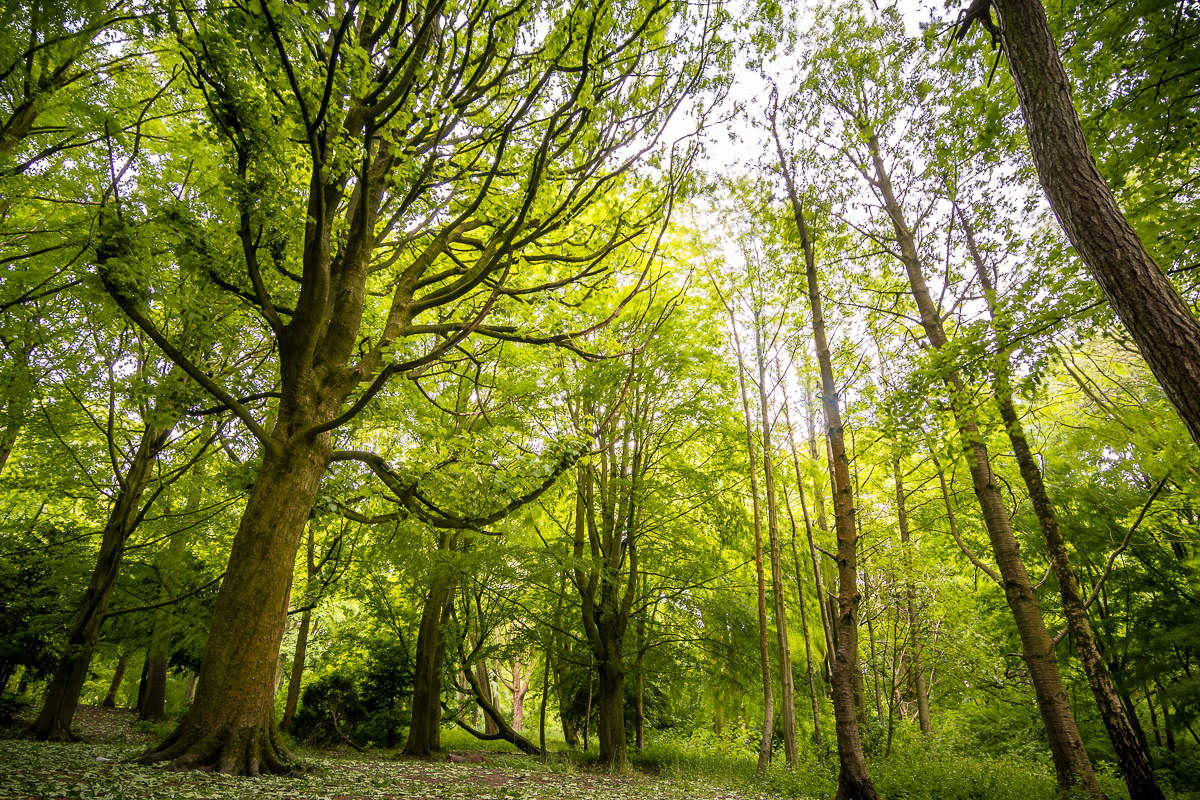 Then there’s the shopping aspect. Driving around 200 miles a day means that rather than shopping on your one day off you can keep an eye out for opportunities as and when, so no need to go and queue at the Asda in the evening when you get back either.

Spot a shop as you’re driving with no queue and get yourself in; or worst case pick something up from a petrol station, ideally a little yellow sticker bargain.

The sunshine since lockdown was announced has been almost constant (there have been two rainy days when I’ve been out) this means I’m already getting a decent tan in April.

Normally someone would ask if I’ve been away looking like this. But strangely no one is. I’m glad, as I’d no doubt say I’ve just come back from Madrid or Rome, which could cause no end of distress.

So I’ve said the advantages are fitness and fresh air, ad hoc shopping and a sun tan (and continued pay cheques). But most of all I’m sure it’s the mental health benefits.

I’m so used to going out and doing things around Liverpool on a day off (not least a pub crawl) and that’s just not on the cards. Even on a six day week I’m a bit stir crazy on my one day off. I mean that’s ridiculous, but it’s true.

I’ve had a beard for six years and on a day off two weeks ago I shaved it off. It was bizarre. I hadn’t been thinking about doing it over the previous weeks, or on the night before. I simply got up and shaved it off.

I’m still struggling to recognise myself – and I’m not sure whether I’ll keep clean shaven (I so dislike shaving the odds must be against it). I can only put it down as a casualty of lockdown.

But I mean if I did that on a day off, what the hell would I be doing on day two, after a week or a fortnight? Well, I dare say there’s the garden.

So what’s the week ahead got in store? I dare say more of the same.

A thousand miles, and maybe a thousand packages delivered. Some thanks, and nervous smiles. Many more empty roads I hope. Some brown and wrinkled families waving at me from the back garden, the odd rabid dog, and no doubt some scary apparitions in Spandex.

I’ll be driving past lots of lovely pubs, all closed. Roll on the return to normality. I’ll miss the empty roads but that’s all.

Anyway if you are ordering online remember to designate a ‘safe place’ for the delivery if you’re going to be out as otherwise the driver won’t be delivering to a neighbour for you. If you see them, feel free to say ‘just leave it there’ – but that doesn’t mean you can’t follow that with a ‘thanks’.

If you do think a driver shouldn’t be coming to your house at this time – then stop ordering shit!