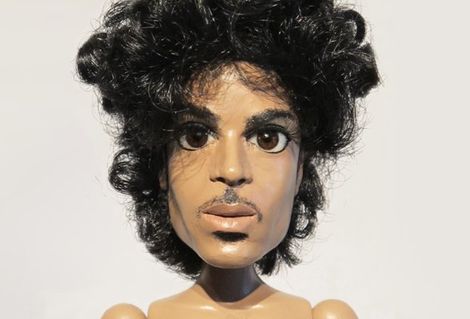 You know the way you meet a new friend and it’s minutes into the conversation when they ask – ‘so what music you into?’ It is the most awful question to ever be asked – immeasurably worse than, ‘Did you run over my kitten?’ So friends, by way of a brief introduction, I’ve devised this…

Name:
Peter Michael Guy
Age:
28
Location:
Sunny West Lancashire.
How you got into music:
My earliest memories all revolve around family holidays to France as Led Zep, ELO and Chris Rea blasted from my dad’s car stereo. But best of all was stealing his Prince compilation which included slices of 1999, Purple Rain and Sign ‘O The Times. An obsession with his Royal Badness and music was cemented forever.
First gig:
Therapy? in the filth-ridden ash-tray that was Liverpool’s Royal Court, in December 1994. A thrilling experience, which brings back memories of pinching the dressing room signposters and attaching shoe laces to my over-sized spectacles as a precautionary measure while in the moshpit. Hilarious stuff. I’ve still got the ticket.
First festival:
Not so much a festival, but a one-dayer, was the first V Festival which saw the cream of Britpop (minus its two major players, Blur and Oasis) gather at Warrington’s Victoria Park. Pulp headlined in style with fine support from Elastica, Supergrass, Cast and rather oddly Gary Newman and Stereolab.
I’ve attended numerous festivals since including three consecutive trips to Glastonbury (2003-5) and this year’s can’t come fast enough.
Another particular high was the rather fabulous All Tomorrow’s Parties which was curated by Mars Volta and featured a stupendous avant-rock roster with the likes of Damo Suzuki, Michael Rother, Antony and the Johnsons and Jaga Jazzist all excelling.
Sad Fact:
I’ve devised my own music database. As with most music obsessives you’ll find they keep a record of every record they own. I started mine for purely practical purposes while at school as I was lending out many a tape and simply wanted to keep a record of what was where. The fact that I then noted what format the album/single was on and then rated them all out of five (with 5/5 accompanied with the additional credit: ‘I couldn’t live without this album’) was merely incidental.
This written database has long been translated to computer and is an incredibly tedious task to update, but one which I do when there’s a spare hour. I often wish the idea had never occurred. If you’re interested one quick look at it now reveals I’ve 1,671 records – including bootlegs, picture discs and The Spin Doctors.
This anal facet to my love of music extends to collecting and keeping all music magazines from around the mid-90s (that’s a loft-load of NMEs) to the present and filing them chronologically. I’ve a friend who nicknames me ‘The Archivist’. He says it with a wry smile.

My top 10 records: This of course could change daily, but at the time of writing is:
1. Stone Roses: Stone Roses
2. Prince: Sign O’ The Times
3. REM: Murmur
4. Nick Drake: Bryter Layter
5. Talk Talk: Spirit Of Eden
6. Oasis: Definitely Maybe.
7. Massive Attack: Blue Lines
8. Godspeed You! Black Emperor: Lift Yr. Skinny Fists Like Antennas To Heaven
9. Pink Floyd: Animals
10. Oceansize: Effloresce.
Music book/journalistic heroes:
John Harris‘ superb Britpop, Blair and the Demise of British Rock is a must for anyone who grew up during the mid-90s while Jimmy McDonough‘s warts & all account of Neil Young is so completest you almost think of Shakey as a friend.
In terms of rock hacks Keith Cameron proved an inspiration with his dark insights into Cobain and raucous interviews with the Gallagher brothers, his lively portraits shaped my listening experiences in my teens and I was chuffed to bits to spend time with Cameron while working as an intern at NME and Mojo.
MP3 shuffle:
And if you’re interested, the first 10 tracks registered on my Creative Zen are:
1. Sleater-Kinney: Modern Girl (The Woods)
2. Boredoms: (Tilde) (Vision Creation Newsun)
3. DJ Shadow: Transmission 3 (Endtroducing)
4. John Martyn: Over the Hill (Solid Air)
5. Broken Social Scene: Almost Crimes (You Forgot It In People)
6. Rolling Stones: Country Honk (Let It Bleed)
7. TV on the Radio: Let The Devil In (Return To The Cookie Moutain)
8. Pink Floyd: Fearless (Meddle)
9. Boris: Six, Three Times (Pink)
10. Cansei De Ser Sexy: Let’s Make Love & Listen To Death From Above (CSS)
And if you know your history: I’ll let fine music critic Marcello Carlin answer that:
“The overflow of too LITTLE knowledge of music history is harming too many readers at present. If anyone is going to become a music writer this is of necessity going to involve months, years perhaps, locked away, coming to terms with thousands of records. You wouldn’t trust the opinion of a doctor who thought that your appendix looked a little too gaudily pink. That’s why people read music writers; we do the hard slog so you don’t have to. They come to us for guidance. It also means observing basic protocols, such as one is allowed to have more than one sentence in a paragraph, and one should at least have listened to a record before passing judgment upon it. Otherwise you are literally not doing your job; or you are doing a different job.”
Taken from www.stylusmagazine.com
Right, that’s far too much about me, now it’s your turn. Getintothis, by its very name, is a recommender, a guide of what to ‘get into’, and where to turn your ears to next.
But I want to hear what you’ve got say, who’s turning you on, and who should I be getting into. I hope you will interact and leave your comments to provide lively discussion and debate. Just remember, when it comes to music – everyone’s an expert.