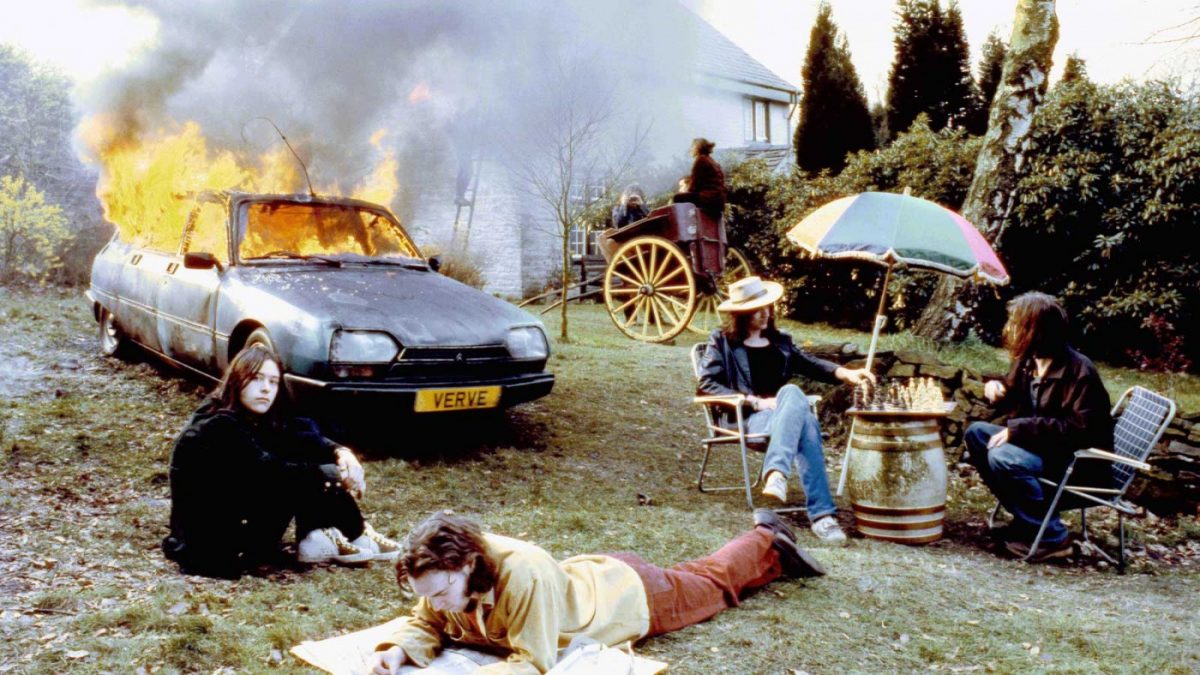 Summer 2007 has been a wash out, and like some ironic pop joke, Rihanna’s Umbrella has soundtracked every minute, Getintothis celebrates 10 other pop pearls dripping with brilliance.

1. The Verve: Life’s An Ocean (from A Northern Soul)

Despite residing in and around Wigan, the Verve were the skinniest band ever. Contrastingly to the town’s stereotype of Pie-eating fatties, The Verve retained their waif-like physique through reportedly eating nothing but grilled sparrow’s legs while on tour.

This utter belter of a tune is ironically shaped around the only fat element of the The Verve – Simon Jones’ basslines.

Talk Talk were once a really pap pop band that the likes of Gwen Stefani have covered.

Then chief songwriter Mark Hollis retreated to the dark side hauling in a small city’s-worth of musicians and the result was the genre-defining, post-rock mammoth Spirit of Eden.

The Rainbow is 23 minutes of intense, rich orchestration that’d scare the living shit out of Stefani and co.

3. Led Zeppelin: The Rain Song (Houses Of The Holy)

The original sleeve artwork to Houses of the Holy was created by Pink Floyd designer Storm Thorgerson, and featured an electric green tennis court with a tennis racquet on it.

Furious that Thorgerson was implying their music sounded like a “racket”, the band fired him and hired Aubrey Powell in his place. He opted for lots of bare-bottomed children clambering on rocks.

4. Guns & Roses: November Rain (Use Your Illusion I)

The original version of this song was four and half years long. Which sounds silly until you see the video.

Soundgarden’s Spoonman Chris Cornell was so appalled of Jane’s frontman Perry Farrell dipicting himself as Jesus Christ in a magazine photoshoot, he wrote a song about it – imaginitively titled Jesus Christ Pose.

Early 90s warehouse boppers Utah Saints sampled Bush singing the words “I just know that something good is going to happen” for their song Something Good (1992).

It reached number four in the charts, higher than Bush’s original. What is wrong with the world?

7. REM: Find The River (Automatic For The People)

Perhaps the most underrated REM song ever (it failed miserably charting at only 54), on perhaps their most overrated album ever.

Not that Automatic is bad – it’s a bloomin’ masterpiece – but it just goes to show how utterly ace this lot are.

8. Alfie: It’s All About The Weather (If You Happy With You, Need Do Nothing)

Alfie’s lead singer Lee Gorton went to Edge Hill College in Ormskirk. I used to go swimming there, which makes us practically mates.

9. Neil Young: See The Sky About To Rain (On The Beach)

Throughout the recording of Young’s On The Beach, he and his cohorts consumed a homemade concoction dubbed ‘Honey Slides’, a gloopy concoction of sauteed marijuana and honey that was, in manager Elliot Roberts‘ words, “…much worse than heroin. Much heavier.”

For about 43 years running Annie Lennox won the Brit Award for Best Female Solo artist, in this time she beat Boy George, Jimmy Cranky and Sade such was the drought of decent female artists.

She was also one half of the Dave Stewart hit-making, sexually ambiguous wierdo’s The Eurythmics and this tune characterises their frosty, electro-pop noir subsequently ripped by the likes of Nine Inch Nails, Marilyn Manson and Hot Chip.

*Note to friends and pedants: I know Purple Rain’s not included, I know.