In the second part of record labels we love, Getintothis explores the eclectic and hairy side of Indiana’s finest alt-rock exponents.

The mere mention of Jagjaguwar conjures up two things to mind: bearded men and brilliant music.
It almost a pre-requisite to be signed up to Darius Van Arman and Chris Swanson‘s roster you must have a vast array of sonic ear candy – and a billowing beard. And that’s just the ladies.

I first came across Jagjag – as it’s commonly known among its mini army of enthusiasts – in early 2005, with the eponymous release of one of the labels key bands, Black Mountain (pictured below).

A fuggy, psyche-rock explosion of swaggering guitars and ballsy stoner rhythms, the record was awash with contemporary verve while re-energising blueprints from the past bringing Zeppelin, The Velvet Underground and Sabbath to the table.

Central to Jagjaguwar’s success and appeal is the incestuous nature of the label’s wider community with splinter groups branching off to form projects which are anything but superfluous.

A record rooted in acoustic whimsy, but with enough VU chug and crafty nods to Jason Pierce, to separate him from the clique surrounding Devendra Banhart and other du jour avant-folkies doing the rounds.

Released at the back end of 2006, their debut Beast Moans lacks the immediacy of their ‘day-job’ groups, instead it’s a gradual revelation of textured rhythms enveloped in found sounds, twinkling percussion and their three very different vocals melding into joyful chaos. It requires patience.

City Calls recalls the discordant patter of Panda Bear while the Krug-led All Fires is a plaintive biblical love fable with high-pitched organ squelches. There’s little here that could be regarded as immediate but within the layers hides a record of haunting beauty. 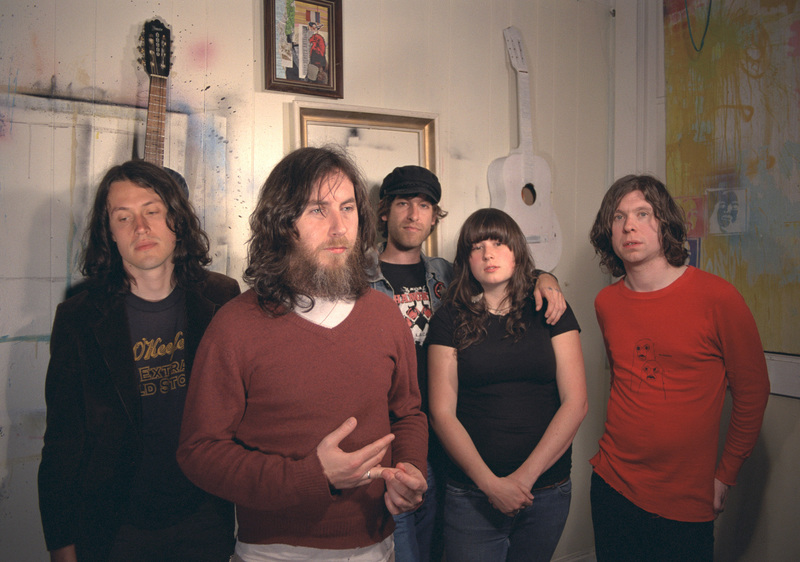 Bringing things up to speed, and 2007 has arguably been Jagjags’ finest year to date.
Two very different, yet revelatory records were released to unanimous acclaim in the early part of the year – Minus Story‘s My Ion Truss and The Besnard Lakes‘ …Are The Dark House.

The former, a previous Getintothis album of the week, combined a bluster of saxophone, guitars and themes of warfare and disorder with a more reclusive, fantastical whimsy comparable to the likes of Mercury Rev.
The Besnards, meanwhile, are simply one of the year’s great finds.

Built round the husband and wife combination of Jace Lasek and Olga Goreas, they craft haunting, meandering post-rock imbued with lyrical venom eluding to spy missionaries, betrayal and espionage.

Their many guises recall on the one hand The Beach Boys – see the Wilson-alike harmonies on LP opener Disaster – but the darkness and haunting atmospherics on the likes of For Agent 13 and Because Tonight puts the listener in deeply unsettling, emotive territory.

Then there’s the riff heavy barbarism of Devastation which sees Lasek choking on his vitriol in contempt at the futility of war and in all likelihood the Bush administration. Best of all is And You Lied To Me, a slow burning epic with searing, white-hot guitars which is without doubt one of the tracks of 2007.

Captured live in Liverpool earlier this year, the Besnards revealed themselves to be awesome players and under the stewardship of Jagjag, expect great things in the future.
Further tales of woe were provided by Black Mountain duo, Amber Webber and Joshua Wells on the not-so-summery summer release on their eponymous debut record Lightning Dust.

The lone piano on a deserted stage featured on the album’s cover sets the tone, for this deeply affecting, sombre record which is constructed around Webber’s tremoring vocal and brooding ivory keys. Jump In‘s ‘When it burns, it’ll burn, and when it rains, it’ll pour,’ provides an insight into the introspective tone reflected throughout it’s 32 minutes.

Centrepiece Castles and Caves lifts from King Crimson’s In the Court of the Crimson King, to spine-tingling effect, as piano and cello combine in a truly captivating piece of music.

At the other of the spectrum, is Alex Delivery‘s collage experiment Star Destroyer. A record so expansive in ambition and ideas that at times its easy to get lost in the malange of madness.

The ten-minute Komad bears all the hallmarks of a lo-fi indie band before metamorphosising into a Can-freakout with whirring machinery and humming digital shards. This kraut tendency is explored further on the motorik hum of Milan contrasted perfectly by the orchestral ballad Rainbows.

From the album artwork, designed by vocalist Marika Kandelaki, to the vast array of noise belted out on Star Destroyer, Alex Delivery give off the impression of a collective experiment with a clear intention to play havoc with the senses. 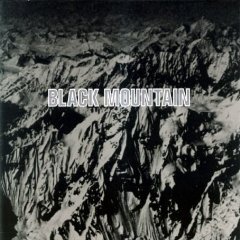 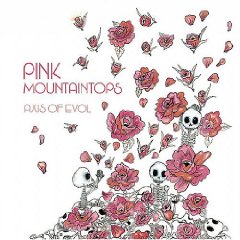 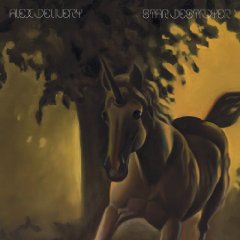 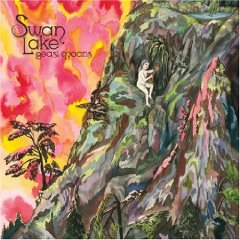