Getintothis wades through oodles of contemporary prog, with small doses of American folk, college rock and a rare dollop of Hungarian ragtime. 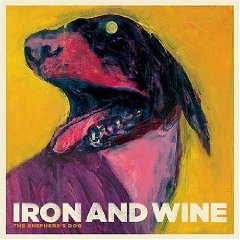 Iron & Wine: The Shepherd’s Dog
Sub Pop – Album of the Week
There’s too much bullshit written about music. Sometimes simply craftsmanship is enough; and Sam Beam’s got it in spoonfuls.
So where other critics are insistent on spreading his enigmatic, buried slant on lyrical mythologising or simply appear content to drool over how his volumous beard surplants him firmly atop of all those avant-folkies, I’ll resist caricaturing a writer who quite simply grows in prolificacy with every record.
This, his third, is his most accessible, but by in turn, his most rich in texture, instrumentation and vision – blending his usual brushed Americana with dub, blues, Afro-boogie and beyond, all enriched by his hushed tonal delivery.
And what a voice – if ever a vocal could summon the coming of Autumnal, amber-coated colours and crisp air ushering you to blazing log fires and the comfort of home, its his.
Throughout the whole of The Shepherd’s Dog, no matter which stylistic movement he treads, his smoky harmonies, backed by sister Sarah, offer a sheltering, blanket of warmth.
Take Lovesong Of The Buzzard, a pitter-patter of skins enriched by pedal steel guitar, whirlitzer and church organ, all enveloped by Beam’s soothing melody. House By Sea throws kazoo and what sounds like a fidgety didgeridoo into the mix, and while accordion and electric guitar are laced atop, its that voice which carries you along.
There’s much to love on The Shepherd’s Dog; Pagan Angel And A Borrowed Car is a skipping, kicking piano-led number with the most subtle of Indian influence, Innocent Bones is quintessential I&W with plucked banjo while Flightless Bird, American Mouth is as mournful as it is beautiful.
With the added tricks – dig the disquieting menace of Wolves (Song of the Shepherd’s Dog) with its incredible echo-drenched wah outro – Beam should remain a firm favourite with his small army of fans while new listeners will find a new voice to cherish.
For fans of: Sundays, landscape painters, a walk on the wildside.
8/10.

Yeasayer: All Hour Cymbals
We Are Free
Never been to Morocco? Let Yeasayer take you to the sound of the souks. All Hour Cymbals is a prog-pop journey of exotic rhythms, Arabian strings and barbershop mantras. Effectively it’s the North African Akron/Family or Fleetwood Mac decamped in Marrakech.
Wait For The Wintertime channels Page’s Kashmir with a Berber doom dynamic while No Need To Worry is TV on the Radio with added trumpets and tablas.
The hymnal Red Cave signs off with joyous acoustics amid four-part harmonies chanting ‘I’m so pleased to have the good times with my family and the friends I love in my short life, I have met so many people I deeply care for.’ Corking stuff.
8/10.

Citay: Little Kingdom
Dead Oceans
There’s an exceedingly fine line between Popol Vuh and garden centre musak.
Thankfully, Citay are camped firmly in the former which means lush, liquid-like guitars gyrating atop of beatific flutes and horny synthesizers all the while a chorus of floaty-dressed angels named Tahilia and April coo like Rapunzel summoning her suitors.
On The Wings, with its playful harmonics will have you revisiting that dusty Tubular Bells, and better still is the three-minute honey-dripper Last Days Last, a song so pure you’d think it was conceived from the heavens.
All of which you could probably guess if you knew the songs were written by a geezer named Ezra Feinberg.
For fans of: Einsjager & Siebenjager, weaving, Werner Herzog.
7/10. 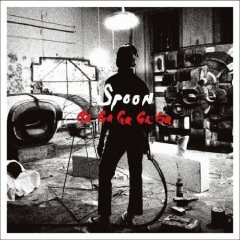 Spoon: Ga Ga Ga Ga Ga
Merge
Darlings of the US indie fraternity, Spoon have always frustrated me – one part Wilco + one part college rock + huge dollop of predictability.
Only the irresistibly catchy brass of The Underdog (which in itself rips Thin Lizzy) stopped me from wishing to remove my eyelids.
For fans of: Three minute songs which go round in nice circles.
4/10.

A Hawk and a Hacksaw & the Hun Hangar Ensemble: s/t
Leaf Label
The Hun Hangar Ensemble are the reason why God invented Hungary. This whopping eight-track EP sees Albuquerque duo Jeremy and Heather (AH&AH) team up with a band of Balkans to ripsnort rich mariachi tones, vaudevillian ragtime and gypo-rock.
It’s kinda reminiscent of the time you take your family and friends to a disused cowshed, get leathered on crap wine and then release the animals, just to see what happens.
Waddya mean you don’t do that round your way?
Points deducted for the hideous bagpipe drone entitled Dudanotak tacked on the end.
For fans of: Neck scarves, accordions, Ferenc Puskas.
7/10.