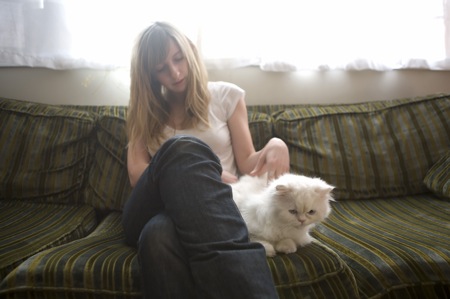 Like a fine wine, Elbow just keep on getting better with age, while White Hinterland, Silver Mt Zion, Joy Division and The Gutter Twins also come under the new releases radar. 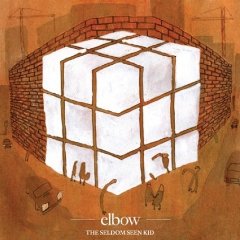 Elbow: The Seldom Seen Kid – Album Of The Week
Polydor
It’s understandable why Elbow have yet to break the big-time. They’re akin to that lonely, ageing soak in the corner of your local – forever chunnering, reeking of beer-stained sadness while spending too much time flailing in the gutter. A gutter in Bury.
But all this is unfair, for beneath their bloated, swathy features there’s frequently much to be appreciated. And in their latest release, The Seldom Seen Kid, is close to revelatory.
For too long now, mainman Guy Garvey‘s lyrical solitaires have gone unnoticed by the masses, but hopefully there’s enough musically this time for every word to be poured over. Certainly Elbow have poured over The Seldom Seen Kid (named in memory of a friend of the band who died two years ago), for what they lack in musical virtuosity, they refine with deft touches of magnified craft.
See how a descending piano marries finely plucked steel on One Day Like This – a track which could slot onto side two of Talk Talk‘s Spirit of Eden and retain it’s classic status, or the autumnal flugel parps of Weather To Fly contrasting the harsh brass awakenings of stunning lead off track Starlings.
Then there’s the tower-block shattering Grounds For Divorce with it’s hammer-blow thuds and The Bones Of You which is as desperate in tone as it is stunning in delivery as Richard Jupp clips and clops his kit while Mark Potter builds a hushed wall of shimmering white-hot guitars.
Sadly, like all their records there’s a mini dip, which ultimately leaves you thinking Elbow could quite possibly release the greatest Greatest (no)Hits record ever, but when they’re producing tracks like the divine Mirrorball and future festival epic One Day Like This (a track so huge and beautiful it could take the roof of St Paul’s Cathedral) you realise Elbow are that rare breed – a British band brimming with substance and in it for the long haul.
For fans of: Bird-watchers, lonely souls, real ale.
8/10

White Hinterland: Phylactery Factory
Dead Oceans
White Hinterland is 22-year-old Massachusetts pianist Casey Dienel.
She’s as talented as she is perplexing and frustrating.
For Phylactery Factory is nine compositions of subtly orchestrated, jerky pop which in places gallops like a horse that’s unseated it’s rider in the National – ie: all over the place – but too often there’s meandering dreamscapes or light-weight hauntings which are stamped 12A – ie: not nearly affecting or scary enough to warrant substantial investigation.
For fans of: National Trust properties.
5/10 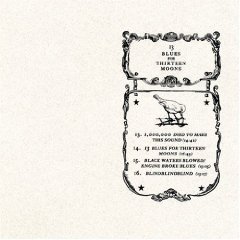 Thee Silver Mt Zion Memorial Orchestra & Tra-La-La Band: 13 Blues for Thirteen Moons
Constellation
‘The hangman’s got a hard-on, the pundit reeks of coffin, the banker rapes a maid, we will not sing in your damn parade,’ so says Efrim Menuck on 13 Blues For Thirteen Moons.
With all his rock & roll bravado, I’d love to see Bobby Gillespie balling ‘Kill All Hippies‘ in a ring with Thee Silver Mt Zion‘s bandleader.
One flicker of Menuck’s eternally-tear-soaked eyelashes would waft the flakey Glaswegian sop and all his Scream Team into submission before they knew what hit them.
No-one rages like these hacked off hippies.
‘One million died to make this sound…Your band is bland ambition,‘ cracks Menuck.
He’s talking to you: Kaiser Chiefs, Razorlight, Keane, Coldplay, Snow Patrol, Babyshambles, Dirty Pretty Things, U2, The Enemy, Courteeners, Twang, Hard-Fi, Fratellis, Wombats, Pigeon Detectives, Cribs…’
Nuff said. Buy now.
For fans of: Epic neo-classical punk rock hymns.
8/10 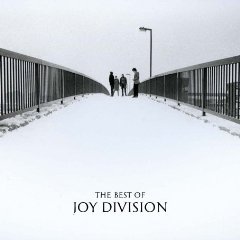 Joy Division: The Best Of
Warner
There’s two things wrong with this collection:
i) Where’s No Decades?
ii) The entire collection spawned Editors and that insufferable cockend Tom Smith.
We’ll let them off, as the two discs here treat us to some of the most intense, transcendental, brain-splitting music you’re ever likely to hear. And coupled with the fact there’s a second disc of John Peel jams, live nuggets (including a bonkers Transmission) and an interview with Ian Curtis and Stephen Morris, the near-insufferable agony of seeing that wobbly-headed ninth-rate Stars in their Eyes copyist Smith eek out lyrics like this becomes almost forgivable.
For fans of: Closer and Unknown Pleasures – you should have these already.
8/10 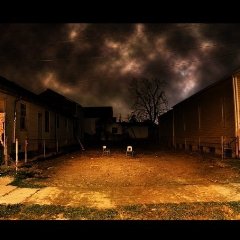 Gutter Twins: Saturnalia
Subpop
You know the way in cop films a supercool villain gets thrown in jail and by pure coincidence there’s some other Kingpin badass sat there with a shit-eating grin on his face and the two act all tough for a minute and moments later they’ve hatched the world’s biggest scam which where it not for John Shaft (or the like) they’d fuck the world right over.
Well, in the The Gutter Twins world there is no John Shaft – and the bad guys always win.
Here, ex-jail birds and former addicts Greg Dulli (Afghan Whigs) and Mark Lanegan (Screaming Trees/QotSA) bond over their mutual disrespect for everything, creating the most vile, dark, twistedly magnificent knockout surprise of 2008.
Sure the brothers grim specialise in visceral nastiness (Check Circle The Fringes‘ ‘Make me, shake me bleed, all over, in deep black water, let’s ride suicide) but there’s so much weight to their melodies you can’t help but join in with the sickest party in town. And if you need further convincing Quintron and Joseph Arthur guest.
Just remember, bad guys have all the fun.
For fans of: Johnny Cash, Jules Winnfield, Keyser SÃÂ¶ze.
7/10