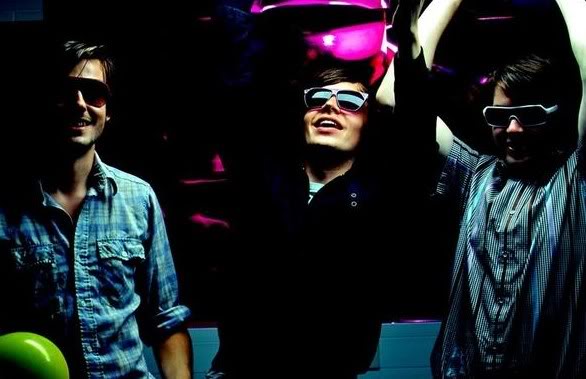 It may have been released more times than Pete Doherty, but Liza Williams still finds much to cherish in Friendly Fires’ barnstorming dancefloor filler.

Friendly Fires: Paris – Single Of The Week
Mr Ed Macfarlane and his band mates are back making impractical suggestions.
First they were banging on about jumping in a pool, now it’s all ‘let’s move to Paris’ – musicians eh?
We’re broke and it’s cold, so the answer is a no on both counts – I would much prefer to listen to this musical delight you have created instead thanks boys.
Shoegazy and very dreamy, the song is a joy from the beginning beats to the closing line of ‘every night, the city lights,Ã¢ÂÅ¡they’ll be out for us.’
It is a lovely thought, isn’t it? And if it sounds familiar, like all good singles in these cash strapped days, it has been put out before on limited release 12 months ago.
CSS: Move
Jump-suits at the ready, Lovefoxx and her crew have recovered from their lousy last single Left Behind and have produced what they do best – original electro-pop that you can, well, jump around to.
‘You’d better get your move on, or all the good ones will have gone,’ God knows what she is talking about (Gregg’s sandwiches, good looking people at the local disco, iluminous eye liner?) but I like it.
And any band which decides to call its album Donkey deserves brownie points.
The Hold Steady: Stay Positive
A great infectious melody full of anthemic riffs as always from the Brooklyn four-piece, but the title line lyric is, dare I say it, a bit annoying.
I know it’s supposed to be a narrative journey and all that, but as a single the track just doesn’t work as well as 2006’s Stuck Between Stations.
Late of the Pier: Bathroom Gurgle
Is it just me, or does at least 30% of this track sound exactly like the Time Warp? (Surely a good thing – 80s ed) I can’t get passed this fact I’m afraid, even if it is deliberate.
The lyric ‘Put your hands on your waistline’ obviously does nothing to alleviate this impression. The bit where singer Samuel Dust warbles is quite good though and the single’s artwork is great.
Lykke Li: Little Bit
The title says it all really. The track is a pleasant Swedish pop song with an appealing simplicity, but it’s not outstanding.
However the 22-year-old’s debut album, Youth Novels, has received wide-spread critical acclaim, so there may be a lot more to come from her. 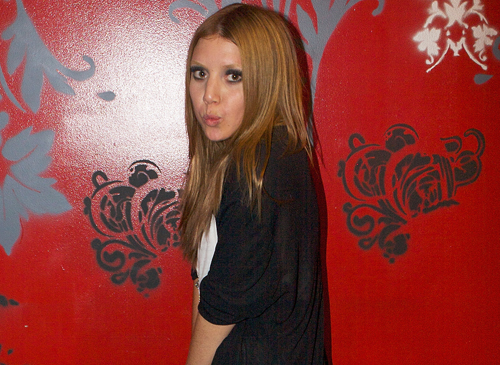 Cage the Elephant: In One Ear
Bag of shite. Makes me want to rip my ear holes out.
Primal Scream: Uptown
It’s no Kowalski, but it isn’t bad and Bobby Gillespie‘s vocals still maintain their breathless individuality.You can tell Calvin Harris has had his mits on the radio edit – I can’t work out whether this is a good or a bad thing (a bad thing, fo sho’ – Quality Control ed).
The Rivers: Love or Whatever
Boys singing about girls, drinking and trying to sound like the Libertines. We’ve all heard catchier and more poetic versions of this before.
Those Dancing Days: Home Sweet Home
The lovely intro, Le Tigre style keyboards and sweet vocals make this 60s influenced indie single a bit special- it is just such a happy song.
Lovvers: Think EP
After overdosing on sugar from listening to the previous single one too many times, the Lovvers came as a welcome relief.
However, the more I listened the more derivative the EP’s songs appeared. New York 70s punk influences hit you in the face straight away (basically they sound exactly like The Stooges), but at one point I even convinced myself I could hear Supergrass. Not that there is anything wrong with sounding like something else, I’m just not sure what The Lovvers add to the story.
Would be fun live though, I reckon (They’re playing Korova on December 4, with Abe Vigoda – Live ed).