Been a coupla weeks since we last rounded-up the latest sounds, so here’s an extra sack full, including probably the finest ‘indie’ band Britain’s produced in 08. Not been hard, mind…

Friendly Fires: Friendly Fires – Album of the Week
XL
Quiz time. Name a young, new, British guitar band that’s delivered a record to shout about this year?
Tough ain’t it? Foals, anyone else?
Well here’s one. You should already be well acquainted with the barnstorming likes of the recently re-released Paris and opener Jump In The Pool, but that’s only half the story. Friendly Fires is the kind of record which could have soundtracked every money shot scene in a Ron Jeremy production had it been produced 20 years ago – it’s rapturous ejaculation for the ears. From St Albans.
In essence it’s the perfect pop record: nine three-minute (only the cracking White Diamonds itches over the four-minute mark) liquid diamond winners, all dazzling Balearic rhythms melting into white-hot explosive sexual rushes.
That it owes more than a nod of gratitude to DFA demon James Murphy, only adds to FF’s credability; On Board, with its syncopated breakdown, cowbells and handclaps could have dropped straight off Sound of Silver, In The Hospital has wah-flecked guitars chasing the tail of conga drums and a cheaky bass lead while Photobooth fuses the post-punk of Give It Up with a snazzy siren-led funk that’ll have your girl singing into her hairbrush and shaking her barnet like a loon.
But, despite their obvious ode to the 80s, Friendly Fires remain one of this year’s cutting edge, new movers – who else has penned a track nearly as magic as Lovesick – combining paranoia imagery and a synth line to scare the shit out of Crystal Castles. Better still is Skeleton Boy, a thrashing epileptic kneejerk groove E-ed up to max and the aptly-named Strobe with its slow-burning glitz and Catherine Wheel sparkle.
In an era where ‘indie’ isn’t just a term of derision, it’s a slap in the face, Friendly Fires are the Brit band resurrecting the party.
8.5/10
For fans of: Five-day weekends, Miami, ice-cream sodas. 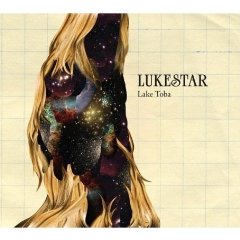 Lukestar: Lake Toba
Tuba
There’s so many elements which should work on this; they’re from Oslo, and Scando-rock, is in the main beautiful and this carries all the usual traits – elemental, nymph-like charms. They use soaring, odd arrangements both heavy and hard yet otherworldly and flighty. And like Danes, Mew they’re prone to singing like a bunch of fairies.
But all these characteristics ultimately fail to distract from a collection of indistinguishable tracks which have been producted so densely you’ll find it weary getting through it in one sitting.
5.5/10
For fans of: Lily pads, crustations, mopping.

Monkey: Journey To The West
XL
People need to get over this Damon Albarn genius thing. I mean, the real star of this is a fat pig that speaks Japanese. How many pigs do you know that can speak? Let alone Japanese. Now, that’s genius.
5.5/10
For fans of: Convoluted operas. 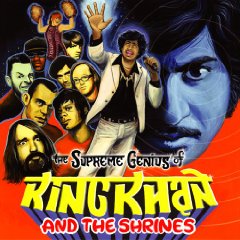 King Khan : The Supreme Genius Of King Khan & The Shrines
Vice
First time I went to Berlin, back in 2003, my mate Rum took me to some darkened throwback discoteque and in the corner was this mini Mexican dude that resembled the 86 World Cup Final mascot. He flipped nifty psyche-soul seven inches all night without raising his sombrero.
The music was hard, fast, dirty and uber-cool and very well may have been early King Khan. Five years later and Vice have cobbled together all Khan’s diamond cuts into a 16-track super-fly anthology. Dig it.
7.5/10
For fans of: Psychedelic Shack, 13th Floor Elevators, Nuggets.

Volcano!: Paperwork
Leaf
My mate Benjamin Mawdesley loves theatrical pop of the Kate Bush, Wild Beasts, Sparks variety. Sometimes we humour each other with ridiculous versions of Antony Heggarty‘s Hope There’s Someone on railway platforms.
He’d love this.
6.5/10
For fans of: ADHD.

Dianogah: Qhnnnl
Southern
Remembering the first time you heard DJ-ed by Tortoise is a grand thing. Twenty plus minutes of undulating weirdo textures and rhythms yet to be invented. Mega.
Dianogah, a two-bass Chicago trio, aren’t quite as off the scale, but the title track tries its very best; all panging four-strings, fuzztone guitars and clattering bin-lid kit.
Marks off for some padded wooziness.
7/10
For fans of: Snakes, cubism, Slint. 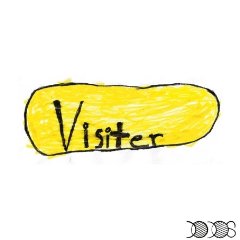 The Dodos: Visiter
Wichita
What a year it’s been for crusty, folky types. Bon Iver… Um, loads of others, and now The Dodos – not to be confused with Dee Do Doh Don’t Dee Do’s – a Scouse tribute act that linger on the corner of Mathew Street singing Ticket To Ride to grannies nipping into BHS.
6.5/10
For fans of: Logging.

Okkervil River: The Stand Ins
Jagjaguwar
Reinforcing the maxim that sequels are never as good as the original*, The Stand Ins finds Will Sheff tearing his heart out in a similar vein to predecessor The Stage Names. All of which makes for an entertaining, yet slightly underwhelming, haven’t we been here before affair.
6/10
For fans of: Deja vu, waistcoats, mulled wine. 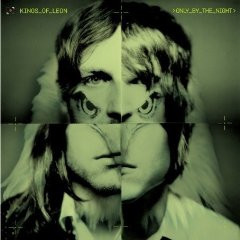 Kings of Leon: Only By The Night
RCA/Sony BMG
What the fried chicken has happened to the Followills? From bar-room snazzy sweatstains to U2 stadia pretenders in the space of 18 months.
Kings never had anything vaguely interesting to say, but at least they had the tunes, yet this effort contains neither the charisma of Achtung Baby nor the feverish get-go of Youth & Young Manhood, resulting in a record which has all the grubby pawprints of slimy executives salivating over a quick, easy buck. You’ll play it and be bored in a month.
Only… is an extension of its far better predecessor Because of the Times, using the same template (opener Closer is a less impressive Knocked Up, Manhattan a dropped-tempo Fans) but ultimately bereft of invention.
Sex on Fire, Be Somebody and Crawl apart, Only… is a one-stop ticket to a Topshop changing room.
4.5/10
For fans of: Sucking on the carcas of a Zooropa.
*With the Godfather the arguable exception.