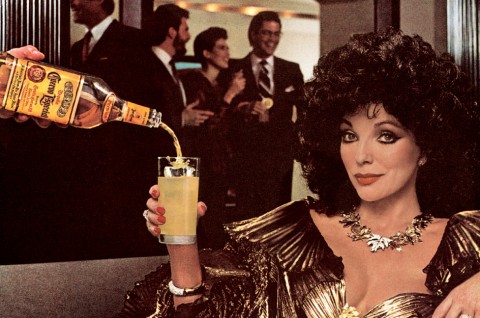 The sounds of the 80s have come full circle. No, come back…

My mate Reg’s relationship with 80s music is similar to that of Hitler and the Jewish community.
One mere mention of music from that decade and he adjusts his slouch to an upright position, spittle begins to form in the corner of his mouth and his usual pallid complexion changes to a deep crimson before setting off on an oft-heard diatribe which can last anything up to an hour. It’s not a pretty sight. But damn funny.
To some extent he has a point. The 1980s OD-ed on naffness, pomp and superficiality, but then taste is also shaped by circumstance as well as the ear, and what you associate music with often has great effect on whether you dig it.
And being working class through and through, Reg has many reasons – not just music – to loathe Thatcher’s Britain.
As a child of the 80s, my memories revolve more around football, transformers and Spectrum computers than sounds. The music is a mere afterthought and 80s records, barring the odd compilation and greatest hits, have weaved their way into my collection through years of careful cherry-picking – up until now.
For 2008 is fast-becoming the 2080s. The revival and influence is everywhere and unavoidable in so many of this year’s new releases – and often in much of the best stuff too. 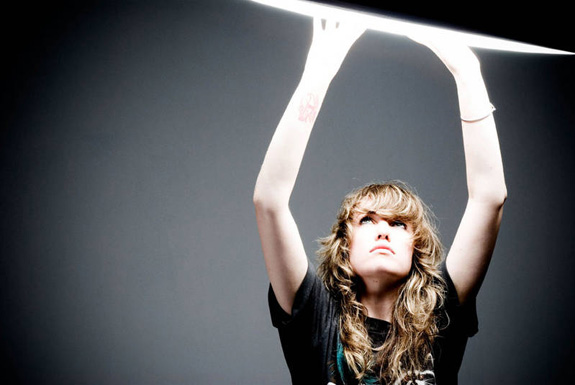 Typified by last Monday’s barnstorming Ladyhawke LP. A record seemingly drenched in Stevie Nicks‘ knickers, given a prune by Madonna and skronked through the mix by Prince. It is utterly now, but riddled with 80s polish and electro swagger.
I first got tipped off about Phillipa Brown (Pip to her mates) last summer and catching her at the Crystal Castles-assisted Skins gig, she clearly had the tunes, but buried beneath a thick fringe of gold and a straw boater she lacked the oomph needed to distract the Day-Glo 16-year-olds on the look out for Tony and Michelle.
Then her album sampler dropped. Five tracks of effortless, sexy, infectious throb which have sound tracked my summer. By now you probably know the Gary Numan Cars-aping Paris Is Burning a song which has single of the year stamped all over it. That is until you consider there’s probably two better on this sampler. Let alone the full-length proper which I’m still digesting right now (an album of the year contender, no doubt).
Undoubted favourite is My Delirium; the sound of Fleetwood Mac overdosing on cocaine and champers with 1999-era Prince on production duties. There’s a neon darkness, an edge and a disconcerting paranoia and yet it’s so ECSTATIC. Oh, and it contains a whacked out synth middle eight that sounds like Fischerspooner got in on the act. It’s blindingly good. And deserves your immediate attention.

Ladyhawke: Back Of The Van
http://www.myspace.com/ladyhawkerock
Almost as good, is the Mercury-nominated Neon Neon‘s Stainless Steel. A concept record about cars and sex. And sex in cars. All chrome-wrapped, synthetic rhythms and vacuous lyrics. A record seemingly lost in time – or stuck in Miami Vice-era America, which ever way you look at it – all shiny suits, Top Gun action sequences, Dynasty hairstyles and shoulder-padded power dresses.
Musically it’s a rich melting pot of metallic disco, steely hip-hop and keytar pop.
But, what makes the record so special comes from the most unlikely of sources – the lead vocals are assumed by Super Furry Gruff Rhys.
Operating way out of his stoner folk/indie comfort zone, Rhys revels as the devilish, yet confused, captain piloting producer Boom Bips‘ Testarossa-fuelled curios. Indeed, if it weren’t for the Welshman’s otherworldly delivery the record may have been lost or dismissed as a novelty ala Chromeo, but Rhys brings mystery and allure to this Columbian nose-job. Check the cheeky groove of Michael Douglas – himself perhaps the ultimate in 80s hedonistic wankery – which could accompany the raddest car chase in Grand Theft Audio.
And if you need further convincing, check this paranoid-silk-gowning wearing 80s psycho wet dream of a video out – with 80s porn star Ron Jeremy Har Mar Superstar in it too.

Neon Neon: I Told Her on Alderaan/Trick for Treat
http://www.myspace.com/neonx2
Like everything 80s-related there was the supernova then the cataclysmic comedown. Melbourne’s Cut Copy are the catwalk-strutting high to Antibes’ M83‘s Brett Easton-Ellis drug-rape aftermath. The former’s In Ghost Colours channels Daft Punk‘s foundation of popular electro but sprinkles Human League, Pet Shop Boys and Frankie Goes To Hollywood. Such is the record’s radiance and unremitting sparkle it should come with a pair of tacky mirrored shades.
But like Neon Neon, this smiley mash-up is imbued with enough darkness to warrant closer inspection and repeated listen.

Cut Copy: Lights & Music
http://www.myspace.com/cutcopy
At the other end of the spectrum, M83’s Anthony Gonzalez Saturdays = Youth, paints a bleaker picture. All that glitters is not gold. Descending keyboard drones and Cocteau Twins imagery seeps through the plastic aligning itself with the vacuous, near-dead pictures of teens decorating the sleeve.
Like previous efforts, and closer in spirit – but better than – to 2005’s Before The Dawn Heals Us, Gonzalez lurks in the shadows but dresses up his synth landscape with enough haunting melody to make it immediate and accessible. Skin Of The Night is an icy Kate Bush ode to shivering, Kim & Jessie could come straight off the Lost Boys soundtrack while Highway Of Endless Dreams could soundtrack Sarah Connors drive into the distance at the end of Terminator. Thrilling but terrifying all the same.

M83: Graveyard Girl
http://www.myspace.com/m83
All these film references make you realise how swell the 80s were in terms of widescreen bumph, and Zombie Zombie‘s A Land For Renegades reimagines all the era’s finest cuts with added gore and nihilism.
Think of it as John Carpenter‘s The Thing in audio form, it’s that good.
Even the titles are amazing – Driving This Road Until Death Sets You Free (a motorik groove, with metal piping drums and gurgling keys which sound like the undead spewing blood), Psychic Harmonia 2 (an homage to legendary kraut legends Harmonia with added Vanishing Point urgency) and the nightmarish When I Scream You Scream – basically the sound of the end credits rolling as everyone lies blown to bits while flesh-eating grizzlies get stuck in.
As you’d imagine for a band that takes its name from a Spectrum computer game, this Parisian duo are down with the odd bit of technoid circuitry and have more than a passing interest in Dario Argento, but don’t let that fool you, A Land For Renegades is a playful, exhilarating soundtrack to the best B-Movie you’ve never seen.