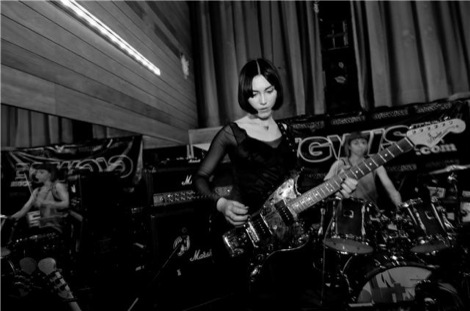 Glitz, glam and gussets… Mike Doherty and Liza Williams tackle the sexier side of Sound City 2009.

There’s something quite special about Patrick Wolf.
His live shows are a mix of dramatic pop rhythms and a one-man comedy routine. His show is like a checklist for the arena-filling glam-pop of David Bowie with the majestic string arrangements and elaborate light displays.
Yet, between the songs we get brilliant digs at pop music’s elite; even a display of artistic temperament at a faulty microphone excites some chuckle cells.
He’s a versatile showman who is comfortable behind a piano, holding a guitar or just flailing his arms around in the style of a young Morrissey. And there’s nothing to dislike about that. 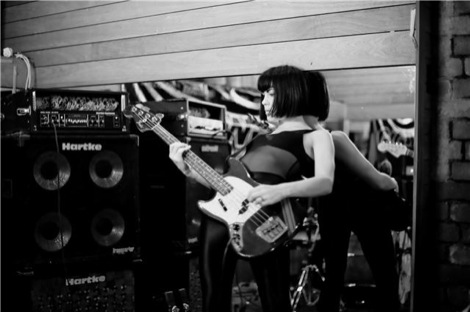 Ipso Facto live at Korova
Ipso Facto brought sultry monocrome cool to Korova, albeit with more visible underwear and spandex than imagined.
Singer Rosalie’s voice was impressive and tracks like You Don’t Own Me and Balderdash showed skillful playing.
The girls even managed to crack a few smiles as the end approached, while bassist Samantha’s inability to stand up at times pleased the onlooking male contingent no end.
Pictures by Mark McNulty.