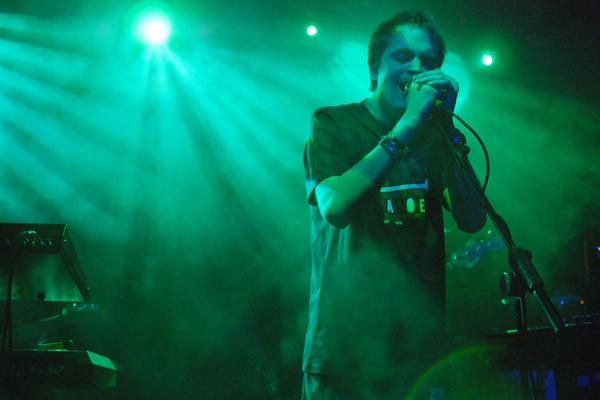 Soon to be Car Mag editor Connor MacNichloose squeezes time into his fastlane diary to gadge some laptop fury.

Gotta make this brief kids. Am parked on double yellas. And there’s some sneery wrinklefaced Johnsons on the beat desperate to get one over on me.
They know who I am. Who doesnt?
Luckily, I hand over a Pony to some kid in a Lacoste suit and he promises to get his elbow dirty on my sunroof – it’s a brand new Nissan for fucksake, what else is the little droog gonna do?
‘I’m Connor MacNichloose,’ I tell ‘im. ‘Get busy, you scrote.’
So, I’m in Korova. Looks mightily in need of red carpet, but never mind. Graham behind the bar is eager to sort me out with a new cocktail he’s been workin on.
‘Nice hat,’ I tell him, giving him the finger. ‘Very post-modern, love it.‘
‘This one’s called The Greasy Slag – you’ll love it, it goes down easy.’
I take a slug, I nearly gag. ‘It’s amazing‘, I tell him. In all honesty I’ve swallowed better phlegm.
I feel like a King. My people love me. Liverpool needs me. The whole bar is staring at me. I’m away from home but at home.
Just as well I had my ends trimmed.
My Blackberry’s going off bigtime. Ronson, Barat and the lawyers (that Moz thing) are on to me. But I turn it to silent.
Twitter is my only objective tonight. People need to know what I’m doing. I may be leaving the Music World for the Car Kingdom, but for now there’s a galaxy of consumers eager for my Gospel. Preach.
Downing another cocktail, and topping up with a line, we’re escorted to the downstairs area – all mirrors and broken bits of plastic – quite frankly it’s worse than Noel Fielding‘s front room – but I find legroom between some queer in white jeans and an out-of-date Hoxton sort.
‘We’re not in London now you Northern nonce‘, I feel like shouting. I don’t. I need to remain cool. Like Tony Montana. I am Tony Montana.
Cup Of Tea practice the art of mouse mat electronica, it’s like Four Tet without the folk impulses. They’re fine. Really fine. It’s a bit too noisy for me, but that’s because I like my electronica more along the lines of The Killers, but this is the business. Futuristic. Blade Runner. Yeah.
I wonder how the Nissan is doing?
I can’t seem to get the Blackberry in use. Nightmare. I should have brought my iphone. Think I lost it at Keith Allen’s BBQ. Twitter needs updating. My people need to feel a connection.
Gorton Versus Berger make me horny. In an Elton John kind of way.
The Blackberry still isn’t working. I am seriously stressing out that I’ve not tweeted in, like, an hour.
There’s some seriously impressive footage of pint glasses moving of their own free will along the bar as the bass sends them skidding through syrupy puddles.
God, I am like a modern day Coleridge. Perhaps in another lifetime I would right now be jacking up on opium and drinking Mulberry wine.
I wonder if those Lacoste scalls have polished the wheel trims as well as the glass?
Anyways, focusing through a slight beery haze, I notice Gorton Versus Berger are finishing far too soon – 20 minutes of hard, slow techno – kinda like The Field (I’ve never heard them, but I know of them) and with a dash of Lindstrom (Luke Turner likes them). I think I liked them. Or at least know I should.
We go back upstairs. For a moment I almost reach out and touch a young lady’s shoulder but then don’t.
I feel like kissing. My Nissan is calling me. But after another line and something which tasted a bit like cough medicine, we venture into the dark for Maps.
They look like Adidas reps. Stripes everywhere. My heads bobbing furiously, and I’m failing badly to text. Can’t believe I’ve not updated Twitter for four hours. Going to have to text James McMahon so he can do it for me.
Agh, he’s out partying with Glasvegas‘ bassist. Nightmare.
Anyways, Maps mainly do new stuff of the forthcoming record. Which is fine by me, as I’d not heard the Mercury-nominated last one – even though I put it in my top 10 of 08. This doesn’t matter, it’s about recognising new, British talent. And Maps are just that.
They remind me of MBV. I was never a big fan, but they were the zeitgeist, so you had to respect that.
Speaking of which, it’s nearly 11.30pm. Shit. Those Lacoste hoolys aren’t going to stay there forever, and I need to get to a computer. I’ve graphs to fill in for prospective third-party digital content figures, need them for my consumer download powerpoint presentation.
I make my way into the forbidding cobbled streets lined with tangerine faced women and Steven Gerrard lookalikes, content in the knowledge Liverpool loved me.
I approach the car – it’s intact – like John Shaft, you don’t mess with a bro. I shan’t be back in a hurry, but when I do return, I know I shall be welcomed with open arms.
I am Godly. Believe.