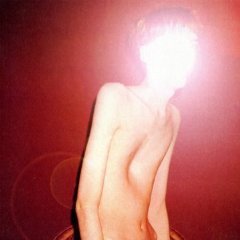 It’s that time of the year when I get tired of giving everything an 8.

Fuck Buttons: Tarot Sport – Album of the Week
ATP Recordings
Having a shave before ATP is like indulging in turkey and cranberry sandwiches on Christmas Eve. So, when we rolled up to Jake’s house last May and he’s stood there, all Peruvian jumpered-up-to-fuck with a face straight out of the Top Gun beach volleyball scene, it soon became a race to see who could shout ‘epic fail,’ the quickest.
Who was to know come Sunday evening that the Tarot Sport 12″ Jake carried round with him all weekend was secretly the pheromone master key to unlocking every pair of knickers the smug mang so desired.
9/10
For fans of: Prince‘s endorphine machine, Quadrant Park, Black Dice minus the earache.
http://www.myspace.com/fuckbuttons 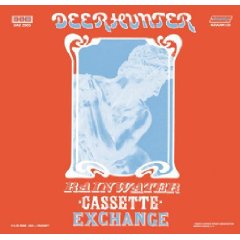 Deerhunter: Rainwater Cassette Exchange
4AD
Bradford Cox is fast-becoming the finest pop star on the planet.
Not content with causing a stir EVERYTIME he opens his massively entertaining gob-blurter, he’s also pretty close to trumping his uber-cool outrock Deerhunter day job with his solo outing Atlas Sound.
Where else can you find eight minute duets with Laetitia Sadier which take you back up the birth canal and into the warmest hidey hole you ever imagined.
But this is no semi-conscious dream trip like explored on debut Let the Blind Lead Those Who Can See But Cannot Feel, no, Logos is an interwoven tapestry of largely tight, fuzz pop with huge melodies and locked, infectious grooves urging to be bashed out on a dashboard near you.
Oh, btw that 5-track Rainwater Cassette Exchange was uber-great too.
K thx bai.
8/10
For fans of: Hot chocolate, wind turbines, duck ponds.
http://www.myspace.com/atlassound
http://www.myspace.com/deerhunter 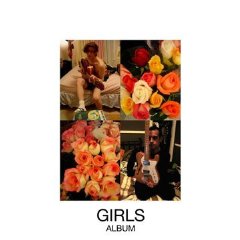 The Drums: Album
Moshi Moshi
7.5/10
Next up on hype roundabout are San Fran downers Girls and Brooklyn (where else) uppers The Drums.
Essentially two-sides of the same coin, the former, led by ex-Children of God member, Christopher Owens, eke Syd Barrett lullabies while drinking methadone from bust-up leather boots while the latter are The Beach Boys in American Apparel for generation Carles.
See you in 30 seconds for the next lot.
For fans of: Sitting on high places swinging your feet. Always a pleasurable experience – whatever the weather.
http://www.myspace.com/girlssanfran
http://www.myspace.com/thedrumsforever

HEALTH: Get Color
City Slang
The last time anyone got so excited about a band driven by cranial-wrecking drumming underpinned by assertive pop noize and near-indecipherable screamo vocals was Nirvana.
They too cornered the market in sweet Tees. Wonder if it’ll end in tears?
8/10
For fans of: ZX Spectrums. Read our live review of HEALTH – it’ll blow your head off.
http://www.myspace.com/healthmusic 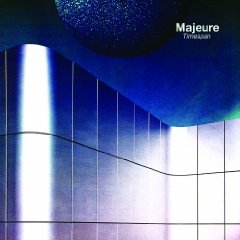 Majeure: Timespan
Temporary Residence
Away from new releases, this month has been all about Krautrock.
There was that documentary, Kraftwerk‘s entire back catalogue was remastered while DiS devoted a week to their influence. Hell, even Ben Mawdesley stopped playing The Sound for ten minutes to give Neu! a quick spin while assembling some coffee tables.
The crowning glory to a lovely seasonal interlude of motorik magic arrived in the non-square shape of Timespan – three tracks of liquid synth crystal produced by Zombi drummer A.E. Paterra.
After you’ve finished with Tarot Sport getintothis – it’s monumental.
8.5/10
For fans of: Tangerine Dream, table tennis.
http://www.myspace.com/aepaterra 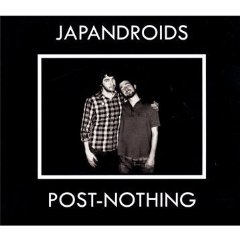 Japandroids: Post Nothing
Poly Vinyl
Sure, most of Post Nothing is one idea, that idea being lunatic high-octane guitars crashing full-throttle into Yanks yelling about girls – but since when was that a bad idea?
8/10
For fans of: The Terminator, AC/DC, gate-crashing parties.
http://www.myspace.com/japandroids