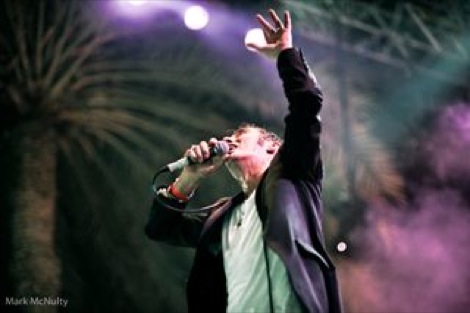 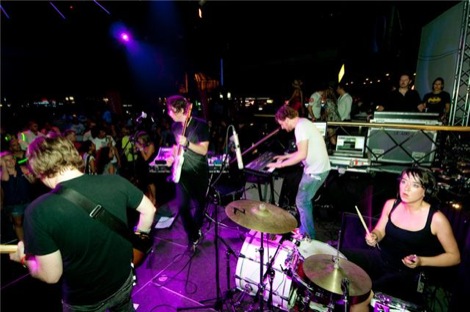 The Whip
Dubai is anything but normal. There’s no grey middle-ground in this black and white world of fantastical misshapes.
Dreams are reality and your mind often finds it hard to take in the fantasy unfolding.
So when The Whip take to the stage way after midnight in Chi’s spherical purple-bathed clubland it escapes my notice that we’re actually in the open air and there’s a whopping great feris wheel towering over their shoulders.
A fairground. In a club.
I wasn’t alone. In fact, it was left to McNulty‘s eagle eye to fill most of us in the next day for as we took to the dancefloor he took a step back to shoot the action.
Unfortunately little happened. The atmosphere was limp, the sound deadened and thrashy, and The Whip, despite giving it plenty of welly, failed to capture the imagination.
Aslan, suffered similarly, though for differing reasons.
The Irish five-piece are quiet possibly the most bland bland thing we’ve ever blanded.
When the Now That’s What I Call Music! team make The Best Dull Bands In The World …Ever compilation it would be a triple discer with 24 versions of Aslan’s Telephone Line on each CD.
They’re ready salted crisps minus the salt. They’re Keane minus the attitude.
They’re so insipid I started wondering what’s going on back in work. It was that bad. And my ears whispered to my mind, ‘It’s time to go, now…‘ 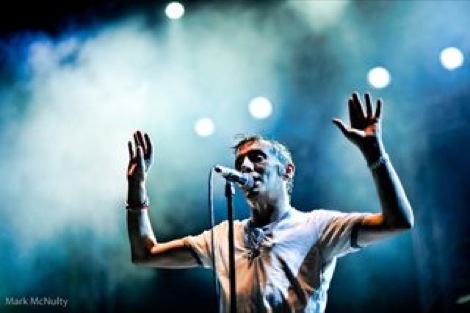