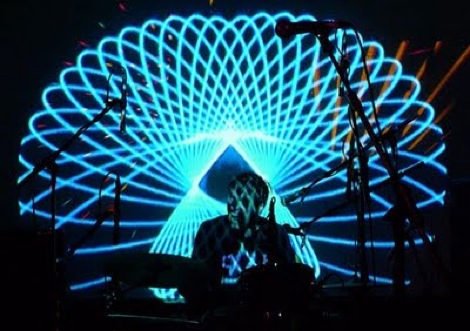 Welcome to the greatest triple disc of the decade…

…sure, it’s hardly got much competition – Led Zep‘s 2003 How The West Was Won is probably the only other first-rate record of the noughties, and even that was a live compilation dating back to 1972 – so when Brooklyners Oneida dropped Rated O (the second part of a series of three records and follow-up to Preteen Weaponry) in July of this year, with the accompanying press release hailing it to be up there with the greatest three discers of all-time it was hardly smashing sacred competition.
In fact you can barely count on two hands the number of ‘great’ longplayers spread over three sets of plastic: George Harrison‘s All Things Must Pass – yes (1970), Prince‘s Emancipation (1996)/Crystal Ball (1998) – nope/just about, The Clash‘s Sandinista (1980) – indeed.
In fact, you have to go back a decade to Magnetic Fields‘ whopping 69 Love Songs to hear a truly revelatory package.
That is until now. Here’s the Getintothis whistle-stop run through 114 minutes of sonic blustering brilliance. 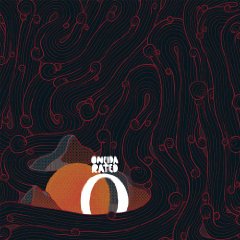 Oneida: Rated O
Jagjaguwar
Disco One
1. Brownout in Lagos
Known for their freeform, loose, heavy jamming, this opening track – like much of the first disc – couldn’t be further from the Oneida we know.
Drone and kettledrum pattering gives way to Dad-Ali Ziai‘s digital ragga warcry reminiscent of the best swag delivered by The Bug‘s 2008 release London Zoo.
2. What’s Up, Jackal?
Segueing from Brownout…, this three minute spit of hyperkinetic spacedub is like entering a dark space only to find someone thrusting a strobe in your face. Most disconcerting.
3. 10:30 at the Oasis
If the opening brace are a surprise, nothing can prepare the senses for this. Five minutes of incessant psyche rolling and uber-kraut riffs which collapse in a shoddy heap before John Carpenter‘s army of vicious keyboarding-wielding Trojans pick up the baton and slam a pitchfork through your frontal lobe.
After 12 minutes of this you’re pretty much left in little doubt that Rated O is going to be a noise marathan of epic proportions.
Get on for long haul, or hit the road, sucker.
4. Story Of O
If disc one is an introduction to O, this is the long drawn out ‘birth’. Stoner, cyclical and very, very messy, as Shahin Motia and former bandmate Papa Crazee trade sluglike guitar sludge.
5. The Human Factor
The cliche, ‘the calm before the storm’ could well have been invented for this ten minute paddle through a screaming abyss, for what begins with a low electric hum welcomes in on the five minute mark Bobby Matador‘s being-murdered-in-the-bathroom-with-a-chainsaw vocal. Every beat and glitch thwacked amid Matador’s guttural wailing. It’s bleak as hell.
Disco Two
1. The River
Where disc one was the unsettling, noise intro, two finds the Brooklyners plying their live skills – The River a clear case in point; all mashed up loops and fuzztone as frantic solos fight for attention amid a sea of chasmic rhythm.
2. I Will Haunt You
Like Comits On Fire covering Can, I Will Haunt You smashes you in the belly with a sustained attack of pointed six-string belters while being hushed into submission by Bobby Matador‘s cosmic whisperings.
3. The Life You Preferred
NOTHING BUT CLASSIC HARD ROCK.
4. Ghost In The Room
Vocal loops and Bobby Matador‘s strongest, heaviest, most up for it groove yet. Utter class.
5. Saturday
The momentum of disc two continues with this acid-fried trip to nowhere, grilled axe work is woven seemlessly between Kid Millions bold tubthumping – if anything the entire disc works as some kind of medicinal ambient soothing device, which for all it’s massive drive and pounding drums, there’s a genuine sense that there is some healing power at work.
The superfluous riff closing the seven minutes is obviously included with its tongue firmly in its cheek. Funny buggers.
6. It Was A Wall
The first miss-step – organ and Doors-like pub stodge. Despite being only three minutes this is the first time Oneida seem excessively applying the fodder.
7. Luxury Travel
Like all good bands, Oneida know when a change of pace is necessary, and after the blizzard of much of disc two, Luxury Travel comes as welcome relief.
Again, the guitars are whacked out to 11 but they’re tempered by Kid Millions‘ soft-handed approach behind the kit and the mantra vocals thrust higher into the mix. Imagine Buddhist monks fronting Grails and you’re nearly there.
Disc Three
1. O
Where the middle disc was Oneida flexing their muscle, the hypnotic Eastern drone of O sees Gian Carlo Feleppa steer the ship with a meditative 13 minute sitar drone feast.
2. End Of Time
It’s fair to say End Of Time works merely as a brief interlude for the finale – three minutes of little but glitchy, itchy nothingess. You won’t be putting this on a compilation for a friend.
3. Folk Wisdom
Like all conceptual monsters, Rated O has a heart, that Oneida have decided to slam it right at the back of the book seems particularly oblique.
Given it’s 20 minutes long confirms the suspicion that they’re saying, ‘Well, you got this far – reckon you see this right through?‘
As we were saying, cheeky buggers.
Like Floyd and Zeppelin jamming in the school hall, this is as indulgent and as joyous as you can imagine – ridiculous guitar lines are beaten into submission by beat after beat, as organs and electrical sonics pile on the noise.
There’s two wee drop out moments around the eight and 14 minute mark but for the most part Oneida prove pauses are for pussys and for those lacking in the patience department Rated O is one magical head-wrecker that they’re sorely missing out on.