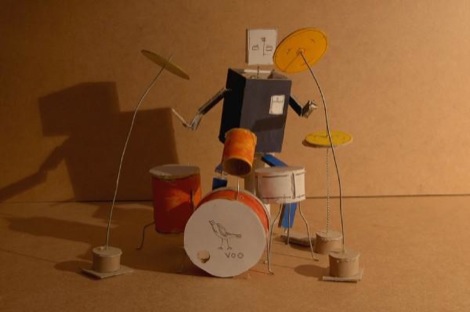 If God played 90 second beat pop I’m sure it would sound just like this.

Getintothis‘ favourite Liverpool beat pop combo, Voo, released this around the arse-end of 09. We missed it cos we did. So here it is in all it’s minimalistic majesty. Dig the way animator Matthew Dolan has captured their very essence.

Voo: Do We Go Now?
One day Voo will release a Greatest Hits package – it’ll be a triple disc with about 200 tracks – all between 60 and 120 seconds long – and it will be well boss, lad.
Meanwhile, if you’re after a rather splendid night, you could do far worse than attend Voo’s own club night this Friday (Feb 5) .
The Kkk-razily-named Schnick Schnack Schnuck is at the Everyman where they’ll play alongside North Carolina’s Hammer No More Fingers and Above Them.
More details be here at your local Facebook branch.
http://www.myspace.com/voorock