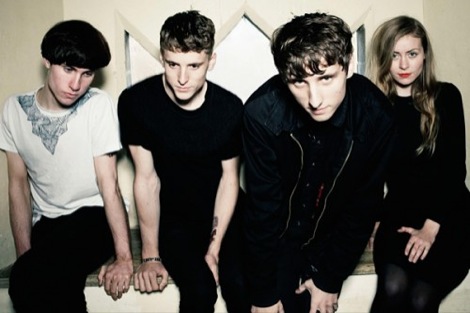 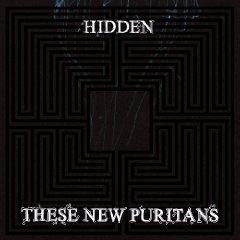 These New Puritans: Hidden – Album of the Week
Domino/Angular
Funny time January. Perspectives go out the window to be replaced with sudden, all-the-more-urgent needs to ‘getinto‘ something better than ever before.
Expectancy is ramped to quite ridiculous levels. Mouths chunner while brains disengage.
Despite having just been put to bed, the previous 12 months are neatly disgarded in the list bin and deemed, with increasing regularity, old hat while the new year’s sounds are shoved through the arrival door with gold stars and bulbous, shiny bells, screaming, ‘Look at me, I’ve a belting haircut!‘
Meanwhile, there’s those irksome tipsters, furiously wafting a new set of shopping lists under your nose this time containing reams and reams and reams of new hopers.
There are of course two very different lists depending on the ‘brand’.
There’s the achingly unfamiliar paraded by broadsheets and the NME which consists of office faves who’ll be given enough of a hefty push they’ll have to be incredibly shit not to make it and soon to be forgotten Eastend hipsters like Bob Kockrat & the Wanky Pantstains.
Then there’s the tiresomely familiar offered up by dadrags and tabloids who lend their backing to bands soon to complete their third album and on the fringe of breaking into the supermarket charts or faux-indie bands who have such major label backing that they’re already a shoe in for the following year’s Glastonbury headline slot.
Agh, it’s all ‘orribly predictably. Well, mostly.
Bucking this trend are These New Puritans. Given the obligatory media push upon the release of their close to incredible debut Beat Pyramid back in January 2008, the Southend-on-Sea quartet were an exciting prospect whose debt to The Fall wasn’t just in name but in their fragmented post-punk and coded lyrical poetry.
The critics adored ’em, few people bought ’em and now there’s little, if any, push for this their follow up, Hidden.Oh very dear.
Sure, once again, there’s been a plethora of thumbs up from the usual sources but for Hidden to escape wider attention isn’t just criminal, it’s borderline insanity – this is a quite remarkable second outing.
Working on a similar platform to the xx, this is a body of work which has to be listened to as a whole and seeps into the unconscious unfathomably from the very first listen, growing and swelling with every listen. Where it differs from xx is it’s scale. It’s fucking massive.
Orchestral, choir-assisted, doom hip-hop (Orion), sidles up to death-disco punk (Attack Music) while sinister tubas trade with Wu-Tang-style sword slashing in the seven minute thudbuster We Want War.
Then there’s the six minute reimagining of Elgar poetry on Drum Courts – Where Corals Lie, complete with bassoon solos, sinister multi-layered harmonics and fractured drums powerhoused at breakneck speed.
But the balance, perhaps absent from their debut, is preserved with numerous mini moments of tenderness; the woodwind interlude of Canticle, the xylophonic outrock of 5 and the quite beautiful balladry of Hologram showcase a side yet to be unveiled.
Quite the opposite to last year’s record of the year, xx, there’s a huge amount working at once on Hidden, yet it all seems necessary and there’s an undoubted coherence.
The incessant driving rhythm, Jack Barnett‘s robocockney delivery, the demolition of sounds (chairs, glass and more shatter in the background) and those brass parps return over and over again. But it all matters.
It’s a funny ol’ time the dawn of a new year, this time 12 months ago and AnCo had already delivered by many the record that would define their 2009. They were wrong, yet already Hidden feels like it’s the benchmark by which all will be measured in this new decade.
8.5/10 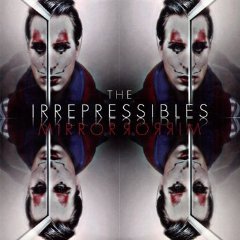 The Irrepressibles: Mirror Mirror
Major Record Label/V2/Co-Op
My first meeting with this lot was by pure chance, in a woody glade at Latitude Festival – a remarkable set up as ten musicians and performers threw what can only be described as a Punch and Judy Show directed by Antony and the Johnsons.
It was close to spectacular and for the most part captivating without verging on novelty, alas the result doesn’t quite convert to record.
The overwhelming passion, ideas and talent are all in evidence – so too is the exotic theatrics but the songs are ultimately lacking and over the course of 45 minutes Jamie McDermot‘s piercing falsetto feels like a sharpened penis being jammed into your earhole.
5.5/10 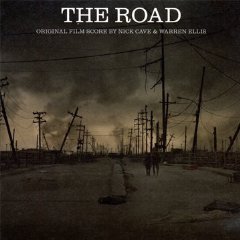 Nick Cave & Warren Ellis: The Road
Mute
During the last ATP I hugged Warren Ellis repeatedly while drunkenly comparing him to Prince. He looked mildly amused for a beardyowl that’s seen and heard probably everything.
The reason I tell you this is because it’s mildly more interesting than his latest collab with Nicky Cavetroll while being mildly less interesting than their compilation, White Lunar, which dropped pre-Christmas – I heartily suggest you dig that out before investing your hard earned wonga in this which, echoes the film it’s scoring, post-apocalyptic dirty undies time and has about as much life as an abandoned shopping trolly.
That said, it’s Wozza and Nicky, so there’s still some fun in such desolation.
5.5/10 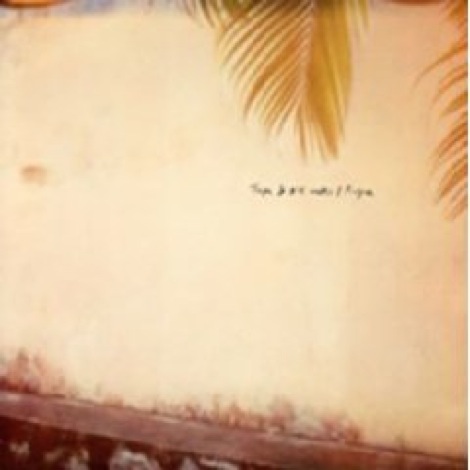 Tape & Bill Wells: Fugue
Immune
This is the type of minimalist abstract shit that has The Wire creaming their electro-glitch pantaloons.
Scottish jazz vet William Wells (Billy to his mates) has invited Swedish trio Tape to mix up his dreamy ambient fluidity and what we get is four hypnotic suites of cyclonic rhythms ala Stars of the Lid punctuated by refracted guitar, electronic piano and huge gusts of Eno.
In fact if the great man had written this last year I reckon they’d be calling it Music For Airports Part 2 and screening South Bank Show specials.
7.5/10 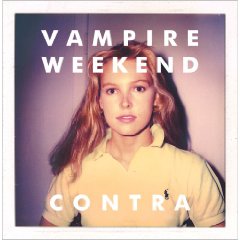 Vampire Weekend: Contra
XL Recordings
Vampire Weekend are no longer just a band, they’re a sociological, quasi-philosophical discussion on class war eliciting debate as to whether children from working class backgrounds should be given the option to eat Nigella food rather than Jamie food.

We asked Hugh Fearnley-Whittingstall about what he thought about Contra and despite refusing to go into detail delivered this salient assessment: ‘It sounds the same as before but with a bit more autotune.‘
Well put, Hugh.
7/10