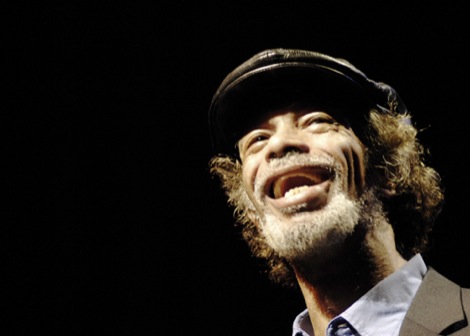 A legend reclaims his crown to give a timely lap of honour from the edge of darkness. 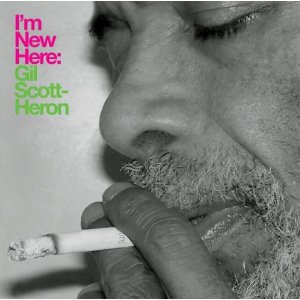 Gil Scott-Heron: I’m New Here – Album of the Week
XL
It’s fair to say Gil Scott-Heron‘s problems have overshadowed any musical merit over the last few years; drug addiction, jail, HIV rumours and more have darkened the edges of this already blacker than black backstory.
So, with a script that messed up it was always going to be hard for listeners to pay heed to the music – yet it’s the music (and that voice) which shines through to become the vital force behind this quite remarkable 28 minutes of magic delivered from the devil’s gutter.
XL label owner Richard Russell is the captain steering Gil in all the right directions resurrecting the rap and bones legend to such an extent that that overused term is wholly applicable.
Comparisons to the Cash/Rubin American Recordings collaborations are inescapable, yet Russell is on production duties for the first time, and what he does best is produce maximum effect from understated beats, finger-picked acoustics, drones and found-sounds while allowing Scott-Heron’s every crack, echo and whisper to resonate with fury, pain and passion.
Never santimonious (hell, there’s no time for that with most of the 15 tracks clocking in under two minutes), always on the cusp of danger, I’m New Here, acts as confessional from the edge yet is overflowing with wit, reason and finally the hope of salvation.
If this is his last testament it’s one hell of sign off.
8/10
ps: I’ve ditched the ‘for fans’ section of the album reviews from now on, but one for the road – if you dig The Wire‘s Way Down In The Hole Series One theme, you’ll love Gil Scott-Heron‘s I’m New Here. 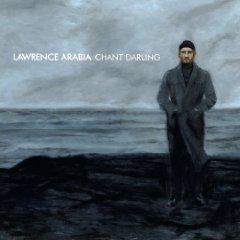 Lawrence Arabia: Chant Darling
Bella Union
The whole no ‘of‘ thing keeps distracting me. Why no ‘of’? Is this a Google thing? Maybes it’s contractual to the real Mr Arabia’s esate? Maybes the guy at the printers forgot to add ‘of’ and it was too late when the pressings went ahead?
Either way, this is the dude from Okkervil River doing his best John Lennon impersonation in what turns out to be a really sweet, slightly sun-flecked collection of ditties with the odd bit of rumba, trumpy brass parps and staccato guitar licks. Never earth-shattering, pretty much always fun.
Best song for all you rad downloading hipsters to hit is The Beautiful Young Crew, which begins all drunk n’ slovenly before West Coast harmonies are ushered in and Lawrence (not of) Arabia leads a chorus about screwing each other.
6.5/10 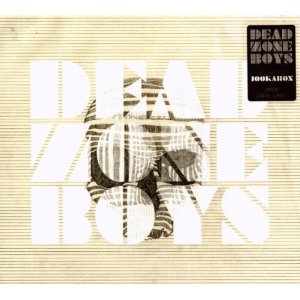 Jookabox: Dead Zone Boys
Asthmatic Kitty
Indianapolis madcap David ‘Moose’ Adamson reminds me of my mate Tug Owen, he can play a lot of things, but few of them well. But sometimes he throws out an absolute pearler.
So on Dead Zone Boys you’ve 11 songs each with their own distinct style – literally there’s everything here from Dr John night-tripping swamp boogie (Gonna Need the Guns/Doom Hope), drunken-slur porch blues with beatbox Beck effects (F.I.T.F. #1) and banjo inbred stylistics WITH AUTOTUNE (Glyphin’ Out).
If that weren’t a scary proposition enough, most of the lyrical content concerns zombies and mental illness.
Honestly, I’ve yet to hear a record that’s as ridiculous as this in a long time – and for that very reason it’s worth a listen.
6/10 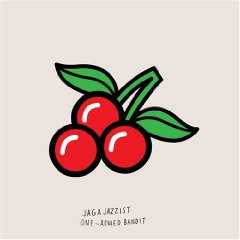 Jaga Jazzist: One-Armed Bandit
Ninja Tune
Jaga Jazzist are the Norwegian Beatles.
Except there’s 74 more members in JJ and they’ve only sold 17 records outside their homeland. Ten of which were snapped up by John Arne Riise as stocking fillers for his then Reds team-mates.
The poor sales are, however, most unfair as their last longplayer, 2005’s What We Must was the sound of arctic terns making out slowly with polar bears as crystal-tipped icebergs dissolved amid progressive rhythms and soaring brass. It was big music but seemingly effortless.
This time out they’ve once again thrown the kitchen sink at it with added spy-themes dominating the multi-faceted textures.
Problem is, this time it’s anything but effortless, it’s exhausting and while Getintothis champions the epic it really does seems like a legion of jazz loons going doolally in the music cupboard during wet playtime.
6.5/10 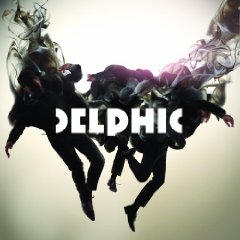 Delphic: Acolyte
Polydor
Similarly, to the way contemporary Liverpool isn’t about Merseybeat or Cosmic Scouse, Manchester should never drudge up it’s Factory/Madchester glory days.
That’d be last resort tactics, and unfortunately it’d be enlivening to say Acolyte stinks like the rotting corpse of that 30-years-buried scene, but that would make this electro-guitar wallpaper sound vaguely intriguing.
3.5/10
Delphic live at the Kazimier review.