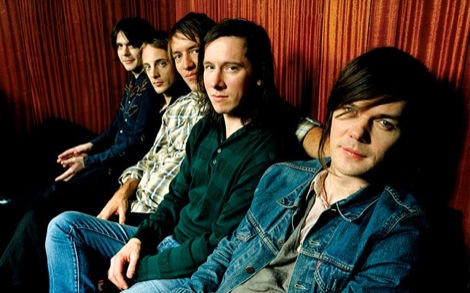 Idlewild are consistently surprising live, which means that you don’t really know what to expect.
Thursday’s show at The Masque was no exception, with a setlist that took the audience on a wave of emotion that rose to a characteristically dramatic finish.
They take to the stage looking as though they had already played, all dishevelled and chaotic, but once the indie sweethearts launch into Listen To What You Got, it’s clear they’re more organised than they look.
Hot on the tails of what is, undoubtedly, a great opener, comes Roseability, a noisy shout of a song, proving they can do singalong repetition and heavy beats as well as any of the late 90s bands they’ve long outlived.
With every song, lead singer Roddy Woomble winds himself around the microphone, apparently unable to get close enough to belt out the emotion that these early tracks hold for him.
The band look as enthusisastic about these songs as they ever have, possibly in part due to the amplified energy being fed back onstage from the bouncing crowd.
The Masque is a brilliant venue for a band such as Idlewild, who have such a diverse audience, ranging from indie cool teenagers to the more hip sixty-year-olds. However, when the bigger tracks from 2002’s The Remote Part drop, like You Held the World in Your Arms, American English and A Modern Way of Letting Go, fans alike go crazy.
Best of all is the title track, one which should go down as one of the noughties best musical offerings.
The band return for a four song encore, including Little Discourage, a song with one of the catchiest and simplest guitar hooks around, that nods subtly at the band’s love of grunge, and less subtly at their REM influences.
The closing songs, the melodic Captain and the poppy triumph In Remote Part sum up the evening’s message – although Idlewild‘s more recent efforts have gone largely unnoticed, due to their frankly odd nature, they still know how to make a crowd literally jump for joy.