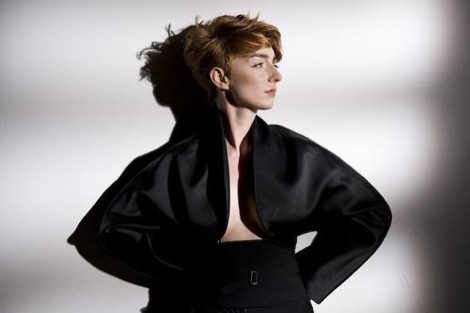 Forget the past, the future’s mine. One lady steadfastly refusing to trade on her home city’s former glories is shaping the sound of now. 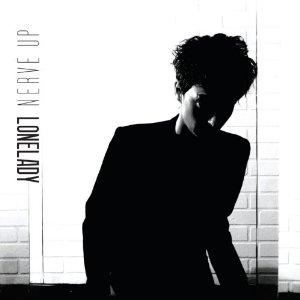 Lonelady: Nerve Up – Album of the Week
Warp
It must be ultra vexing for the likes of Mancunian Julie Campbell aka Lonelady to see jokers like Delphic and The Courteeners digging up the past and selling it as new while she ploughs something of a solitary furrow, almost unnoticed, into the future.
Still, the way she swaggers on her debut, she probably won’t waste too much time worrying – Nerve Up is a tightly wound nuclear ball of controlled agit-pop always at the point of fission.
Underscored by the kind of scampering beats boxers could lightly toe-dance to while unleashing tiger-style jabs to the Peter Buck/Reckoning-era guitar flicks, Nerve Up is the very definition of aural infection.
Sure, there’s heavy influences from the post-punk canon but Lonelady‘s distinctive Americana twang to her nuanced vocal brings a whole heap of freshness to the recordings and I dare you not to dance giddily round your bedroom to the joys of Army, Early The Haste Comes and Intuition. Thirty nine minutes of essential listening.
8/10 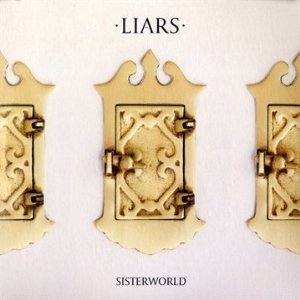 Liars: Sisterworld
Mute
Not exactly sure where Sisterworld is, or indeed, what it is but you can bet Guillermo del Toro could invent some pretty gnarly grizzlies to piss around in this terrordome.
Every riff is soaked in spine-tingling drama, there’s a constant vocal unease, the rhythms are awkward, beats off putting and even the song titles are spooked – try Drop Dead, Scarecrows On A Killer Slant, Goodnight Everything for starters.
Thankfully, there’s Proud Evolution, a five-minute drone, kraut centrepiece which acts as psychotic disco interlude – not sure if it counts as relief, but compared to the rest of Sisterworld it’s like Free Willy on ecstasy.
8/10 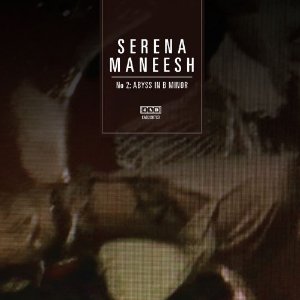 Serena Maneesh: No 2: Abyss In B Minor
4AD
In theory Serena Maneesh should work: bruised vocals, nifty skattershot drums and an ocean of MBV sonics. Sadly, it’s just bloody knackering.
Save, for the flute ear-calm of final track Magdalena (Symphony #8), I wished I’d listened to this on Spotify – at least then the ads would have provided some respite.
5/10 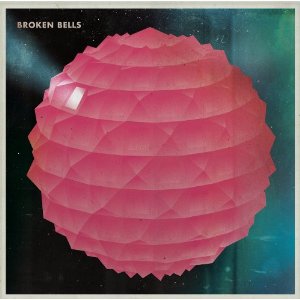 Broken Bells: Broken Bells
Columbia
Sorry to be the bearer of bad news, but this record is a bummer. It has all the hallmarks of one of those Brit Award collabs were they pitch the black dude (Brian ‘Danger Mouse’ Burton) with the white one (The Shins’ James Mercer) and see what happens, and guess what, it blows.
Like one of those lavish Abbey Road sessions, it has a lovely ornate feel but rests in some slumpy middle ground pitched between acid-fried lounge laziness and understated psychedelic soul which makes Jay Kay seem edgy. This really is Danger Mouses‘ Grey Album.
4.5/10 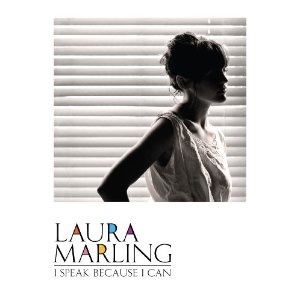 Laura Marling: I Speak Because I Can
Virgin
It’s hardly stretching the point, that Miss Marling is deeply troubled. Well, you would be surrounded by Noah & The Whale and Mumford & Sons – who comes up with these band names?
Rather than pluck the banjo, Marling’s more like to batter you with one. This ten-song set doesn’t so much build on her sprightly little bo-peep with ‘issues’ debut, but smashes them apart with gnarly gestures, scything guitars and plentiful hammering on the ivory.
Hope In The Air is a case in point as she punches out her words with all the vitriol of a leading lady in a Thomas Hardy tragedy.
Still can’t decide whether I prefer her as a blonde or brunette, though?
7.5/10