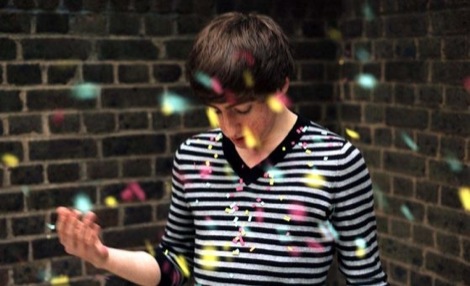 Eugene & The Lizards: Bugjuice – Single Of The Week
Eugene McGuinness is worth celebrating if just for the fact that he dropped out of Liverpool’s brat-pack fame school Lipa because he found it ’embarrassing and strange’. Too right, lad.
Anyways, the point is he’s a very underrated young man, indeed. With new band Eugene + The Lizards, single Bugjuice is a dark, Ghost Town-esque exploration of droning vocals, and unpredictable sinister grumblings all off-set by what is an underlying, pep proliferating, playful cheerfulness. Yes, yes, yes.
We see great things in his future.

Bad Precedent: Lucidity
Local lads Bad Precedent are the kind of testosterone heavy rock-pushing chaps who make me wish I had a cock. Having a cock is the first step to liking cock-rock, after all. Penis envy aside, Lucidity is well produced and also features a high five worthy guitar solo, which is always worth celebrating.
The Drums: Best Friend
Oh, how adorable. Twee, twinkly, yucky, yuckers The Drums are destined to do well with this one – it’s just poorly enough produced to sound ‘alternative’ and bland enough to get repeated radio airplay.

Teenagers In Tokyo: Peter Pan
Hello, indie disco! Teenagers In Tokyo have been getting quite a bit of buzz about them lately, and Peter Pan is a nice showcase as to why. It’s not breaking any barriers, but it’s an inoffensive slice of poppy indie-disco that can easily be arse-shook along to, none the less.

Mika vs Redone: Kick Ass
To be filed in the section labelled When Awful Songs Happen To Amazing Movies. Apparently Red One is ‘the Worlds hottest pop producer’, which is blatantly the biggest barefaced lie since Nick Griffin tried to vain liking black people on Question Time.
Diana Vickers: Once
HILARIOUS. Sounding like the horrific love-child of breathy, lisp ridden Gillian Anderson and Dido, Vickers swings for ‘trendy electro pop’ but hits ‘confused and lyrically ridiculous’. She’s only going to let you kill her once, apparently. Shit, do you want to tell her, or should I?
The Joy Formidable: Popinjay
Sticking to a formula they’re coming to be known for – The Joy Formidable pair gentle, luscious verses with pumped up major choruses. Simple but effectively catchy, Popinjay is this to a tee, but they’ve definitely got better tunes on the roster than this.

The Foxes: Get Me
In a nutshell: Sounds like the kind of fodder middle class twits play to sound ‘alternative’. In reality: is the exact kind of horrifically, deliberate quirky twaddle that will definitely just start playing in the background next time someone dumps you. Because even tragedy has ‘comedy’ timing, right boys? Right.
Local Natives: Airplanes
Ah yes, the passionately pining, harmony heavy, big chorus and clunking drums card, eh? Well, it’s worked for every other major indie band of the past five years…so why not, and all cynicism aside, this is actually really quite lovely.
Peggy Sue: Watchman
Brooding, pissed off, folk-rooted style bluegrass. Yes, please. The only thing better than an angry broad getting vocal vengeance against a no-good piece of ass is when it’s harmonized with a second angry broad’s vocal vengeance. Deliciously maniacal and highly recommended.

Norah Jones: Stuck
Not anywhere as bad as you may imagine, but still about as far from good as a woman with an arguably great singing voice can get. The usual aural valium offering from Jones. Except it’s not really valium. In fact, it’s not even Kalms. Asda smart price Camomile tea? Yeah, that’ll do. So bland it’s beyond adjectives.