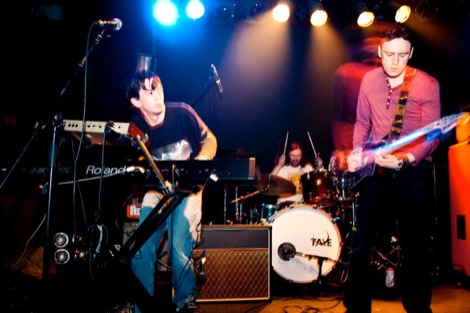 Tundra returns to thrill, Chrik prove ones to keep an ear on while MinionTV have room for improvement, Jon Davies on another night of Sound City variety.

Having been rejigged a number of times the long-awaited return of Max Tundra to Liverpool did not disappoint.
The pint-sized pop magician wowed a crowd that were already sold on his hyperactivea and spastic tunes and we couldn’t get enough of him.
Tundra declared his love for this city and the Liverpool scene undoubtedly reciprocated this gesture with plenty of whiteboy dancing and hollering. An undoubted highlight at this year’s SoundCity. Outstanding. 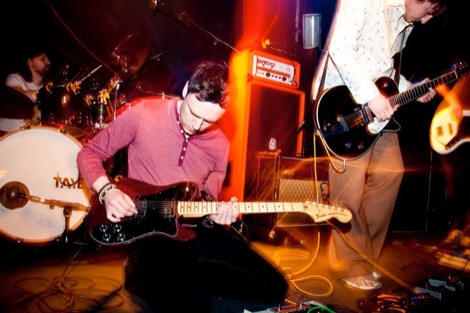 Despite having a relatively low profile within the Liverpool rock scene Chrik are more than deserving the attention of the adoration from the unsuspecting crowd.
The duo arrive with no pretension, simply a joy for great melodies and intricate counterpoint between guitars and drums.
If you’re a fan of Tortoise, Maps & Atlases, Foals or are even learning how to play the guitar using one of the best online guitar lessons, you’ll immediately fall in love with this band; the lack of vocals is truly compensated by guitarist Chris Lynn, who conjures up the best guitar melodies these ears have heard for a long time.
Due to their lack of singer it’s unlikely they’ll grab the attention of touring svengalis; nevertheless Chrik are a tour de force of math-rock complexity and Cali-punk pleasure.
It almost seems unfair to put a band on after Chrik, however MinionTV try their best to steal the limelight.
Unfortunately unlike the previous act they lack both individual spark and a radiating joy of playing, instead the band go through the motions of post-rock. You name them, Explosions in the Sky, Godspeed, Slint – MinionTV are of that ilk yet do not provide anything new or better than their forefathers.
Granted, the band is still new and the above mentioned are legends in their genre, all the same it’s too easy to become another post-rock band, and MinionTV simply don’t seem to want to become anything more than another instrumental act with long, melodramatic build ups.