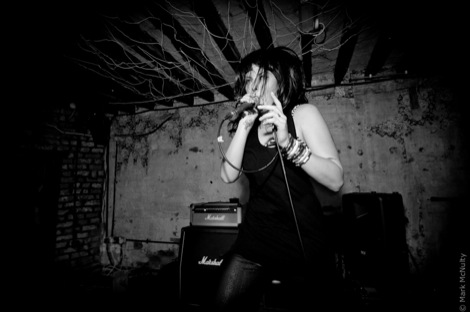 In the past few months it’s been a regular occurence to hear a group that fuse together rock/indie with hip-hop/R&B and Sleigh Bells are another of those acts, but that’s not to say they’re unremarkable.
Coming out with beats that sound like rhythmic shotguns and power rock riffs not too far from 99 Problems, lead singer Alexis Krauss adds a layer of Uffie-esque sassiness on top, easily alternating between a slinky drawl and ear-piercing screams. 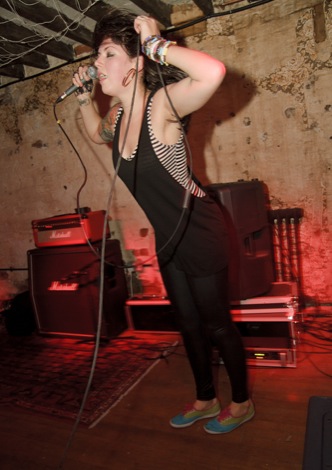 Their roots in hardcore punk are also clearly visible, guitarist/producer Derek Miller an ex-member of Poison the Well.
The new Shipping Forecast venue was perfect for this vibe, taking Korova‘s trademark red lighting and being squeezed into a cavernous room without air con, the show was a sweaty affair, as was the exuding vibe for Sleigh Bells’ music.
Pictures by Mark McNulty and Sakura Zilla.