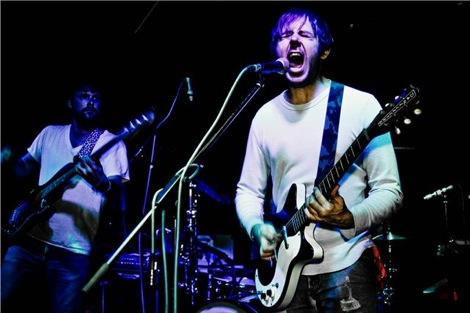 The Zanzibar is hit by raw power, Getintothis’ Spoonboy digs the ferocity from his bunker.

New York’s Wax Fang look like being one of Liverpool Sound City’s most worthwhile imports this year. 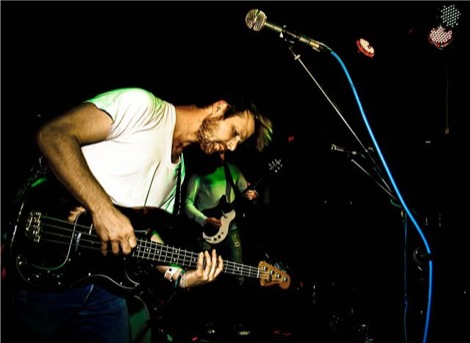 Making tsunamis of sound with just guitar, bass and drums, their Spinal Tap mini-epics can’t help but satisfy. In the softer moments, the songs exhibit an almost Daniel Johnston-ish naivety, then bloom into rollicking sea shanties, decorated with blues fury.
Wax Fang will be in the UK for a month, showing us Brits how to rock with power and soul.
One of the few acts able to compete are Jim Jones – the gravel-voiced front man of 90’s gut-buckets Thee Hypnotics. With the Jim Jones Revue, he mines a similar vein of psychotic swamp boogie.
With amps clearly up to full whack ontstage (creating lashings of feedback) they deliver sordid rock’n’roll set recalling Cock In My Pocket-era Stooges.
With his 70’s collar and seedy waistcoat, Jim could be a pool-hall hustler, but one who wrote his songs on a Ouija board with the ghost of Screamin’ Jay Hawkins.
The band behind him have all the requisite psycho-blues chops, but lack personalities of their own (they should watch Zombina and the Skeletones for tips on cameo charisma). 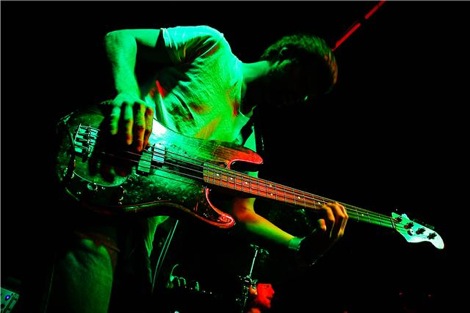