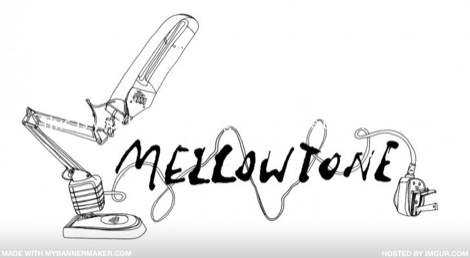 Getintothis meets Dave McTague, the man behind Liverpool’s premier acoustic showcase Mellowtone and takes a laid back odyssey into the unpredictable world of the unsigned artist.

Getintothis: Hey Dave, you’re a busy boy with fingers in many pies, tell us about a couple of the projects and people you’re involved with in Liverpool.
Dave McTague: Well, in a musical sense, there’s Mellowtone of course, and then I also work with a management company called Squared Circle, who look after Ragz and Dead Cities.
And of course Another Media, who promote Africa Oye and Liverpool Sound City.
I also work with RedHouse Originals, and we’ve promoted some great music-based shows too most recently in Liverpool with Dudley Edwards and Terry Cryer.

Dead Cities: When Your Heart Gets Sick (live at the Bluecoat).
Getintothis: One of your flagship ventures is Mellowtone which, according to your website is, ‘a laid back odyssey’ – I like the sound of this, what’s involved in such an odyssey?
DM: It’s an epic journey of some sort. We make an effort to move the night around, so they’re at a range different venues, on various nights of the week, that sort of thing, so that people who are interested keep an eye on what’s happening, and also so that the numerous nights may appeal to different people.
It also keeps it interesting for the people involved too. As well as venues we also collaborate with other promoters, so there is always variety, and we also make sure there are a range of musical styles on offer, in both a live sense and also with our resident DJs, Beaten Tracks. It’s a sort of ongoing journey, an adventure – a voyage of musical enlightenment, if you will.

Ragz at Kazimier as part of the Mellotone showcases. May 2010.
Getintothis: More often than not your nights feature what’s commonly pigeonholed as ‘singer-songwriters’. Not only is this the worst of the worst of media tags for musicians but it’s more often than not the worst of the worst musicians that get referred to as ‘singer-songwriters’. It must be a challenge to keep the nights fresh and also a battle to get people to come?
DM: Haha! Well, I think that it can be a bad media tag, but also it does function as a very broad description in the same way – there are a lot of great artists out there who span a variety of styles and genres, so in that way it can be a way for people who appreciate a good song and a good voice to find it. But be careful out there – haha!
We choose artists from Liverpool’s burgeoning scene, as well as from further afield, so in terms of keeping things fresh there is always new musical talent to put on, and promote and while we describe the night as an ‘acoustic clubnight’ that’s a pretty broad – and vague – term in itself, we are more than happy to experiment, and as we were saying earlier we have DJs at every event with a further range of musical styles.
In terms of it being a battle for people to come along, I think everyone who is trying to promote interesting things, whether it be live music, art, comedy, DJs, performance theatre, events, they will face that problem, while TV and other more populist forms will sway a mainstream audience – an audience happy to consume what they are offered.
So of course those audiences on the fringes are smaller.
But we’re happy to be on the fringes, and we try and keep all our events intimate – so one benefit is we don’t need an arena full of people to have a great night.
And big thanks to all the people who do come and support – we couldn’t do it without you!
Getintothis: You’ve been running the Mellowtone night for sometime, any particular favourite nights? Any nightmare experiences?
DM: Nightmares – we’ve been pretty lucky I think, although this is probably thanks to various people who have helped out, saving us with a few minutes to go. A few too many to name individually.
We’ve had frustrations, people not turning up, equipment breaking. I do recall one rather stressful night at the Magnet – too long a story for now I think.
Favourites: far too many to remember, I honestly enjoy them all but it can be a little hazy by the end.
One I particularly remember was John Smith playing to about 20 people in the View Two Gallery, it was after one of our birthday parties.
A lot of people had gone home, but the few who remained for an unannounced after hours treat seem to have remembered that one – a few jaws on the floor.
Also, a wild night at the Kif. A charity fundraiser we held there a few years back was pretty hectic. And Laura Marling, Adem and Ragz with the first Sound City was amazing. Also, Above the Beaten Track – there’s too many to name.

Laura Marling playing at the Zanzibar as part of the Mellotone collab at Liverpool Sound City 2008.
Getintothis: Liverpool is currently awash with innovation – it’s probably the most exciting time in over a decade for new talent and musical creativity why do you think this is? What’s tickled your fancy recently? Any new talent we should know about?
DM: I don’t know about now particularly, without going off on a massive tangent, I think the city is now and has been a fantastic fertile bed for music and has an attitude that allows it to flourish. The standard of unsigned music here is phenomenal.
In terms of tickling my own fancy, and being new talent I think that Dead Cities are a great band and Atlantic Massey, Homestead, Misery Guts… 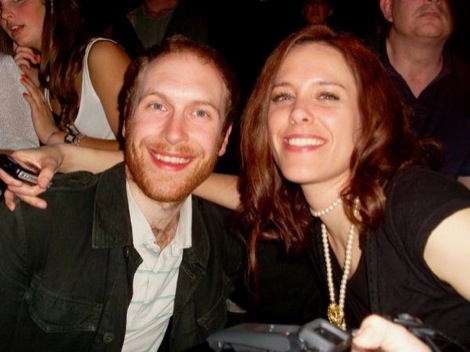 Mellotone’s Dave McTague (the one with the beard).
Getintothis: Your nights seem to focus somewhat on the acoustic side of things – just how cliquey is the folk scene in Liverpool? Folk perhaps more than any other genre has its fair share of purists and elitist snobs…
DM: Haha, yeah… I don’t think it’s too bad. There are lots of the same faces at gigs, which is also a good thing.
Of course you may encounter ‘Folkier than thou’ types, but on the whole I think it’s pretty healthy. And there is a lot of support between the various nights.
I think at Mellowtone we’re outside the ‘folk folk folk’ thing, but of course with a night that’s predominantly acoustic, in a place like this, it features lots of folk and influenced music, but we have a wider policy and a lot of styles. What is ‘folk music’ anyway? That could be a book.
Getintothis: You used to use the View Two Gallery as a base for Mellowtone, we’ve had some rad nights there, any plans for future gigs at the View Two? Any other new music hubs we should discover?
DM: The View Two will always be our spiritual home, and we still run gigs there and will back soon.
In the meantime we have just had a great show at the Kazimier with the excellent Jesca Hoop.
The Family Folk Ups at St Bride’s Church (and the Blackie) have been brilliant.
Plus we’ll be hosting nights at the Shipping Forecast too – that should be good.

Misery Guts: Trying To Be The Sun
Getintothis: 2k10 has been a bit ‘whatever’ for new music, but maybe I’m missing out, what’s been on your jukebox in the way of new music?
DM: Well, as always there has been a lot of ‘new to me’ music but in terms of ‘new new’ music I always listen to local things, as we’ve been saying, and there’s a fair few months left yet.
Last year, I thought Wild Beasts were great, Mumford & Sons were a big success story too, Jesca Hoop, Mayer Hawthorne, Joanna Newsom‘s new album, Fleet Foxes, John Smith, Denis Jones…

Joanna Newsom: 81. Live on Jools Holland.
Getintothis: Fantasy gig time, who would be your three bands dead or alive you’d dream of putting on?
DM: Bloody hell. I can never answer these things. Far, far too many to choose from and I’m sure this will end up getting clichÃÂ©d, can I do a festival’s worth please?
Getintothis: No that’s greedy. What’d be your advice to people starting to host their own nights?
DM: Do it for the love of the music and not the money and be prepared for lots of hard, at times hectic and stressful, but highly enjoyable and rewarding work.
You’ll meet lots of great people. And don’t forget put the date, venue and time etc on the flyers!
And make sure you have good people involved too – on that subject Big thanks to Richie Vegas, Jonnie O’Hare and Monkey. Plus everyone else who has helped us along the way.
Getintothis: Which football team do you support?
DM: The mighty Leeds United. Back to the Championship!

Everton 3 Leeds United 0. 1974-75
Getintothis: Anything else to declare?
DM: We have a Mellowtone t-shirt, a screenprint, and some stickers available as a competition prizes. Do with them as you will.
And Peter Guy please keep up the good work with the music blog. Thank you very much for having us.
Mellotone’s next night is Saturday August 14, Above The Beaten Track at Bluecoat Chambers, School Lane. 2pm-10pm, free of charge.
http://www.myspace.com/mellowtonenight
http://www.twitter.com/mellowtoneclub
Facebook