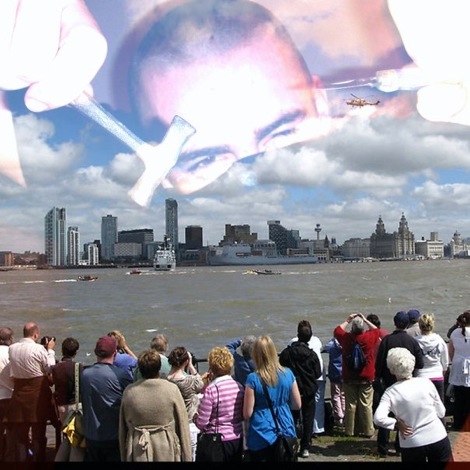 Goetz Werner, director of vids by the likes of Dizzee Rascal and Estelle, is today and tomorrow shooting the promo for Liverpool’s hottest hip hop hope – Mr Bang On. You too can be involved…

Calling all Liverpool based Big Dada and Ninja Tune fans.
One of the most exciting artists Big Dada has signed recently is the Liverpool-born and bred Mr Bang On.
A born MC, Elliott Egerton‘s delivery effortlessly moves between funny and furious, as he spins yarns and nails metaphors that make rap sound like a good idea again.
Combined with raw, bass-hefty production that could make a bleeding edge dubstepper weep, he’s set to be a force to be reckoned with in the coming year.
The video for his debut single, Hands High, is being shot in Liverpool this today (Tuesday August 17) and tomorrow (Wednesday August 18).
The director is Goetz Werner, who shot Dizzee Rascal‘s Graftin and Off To Work.
The director needs as many people as possible to appear as extras in the club (Tuesday) and street (Wednesday) based scenes.
If you’re interested, simply turn up to the shoots as follows:
Tuesday 17th at 9.00pm: The Magnet, Hardman Street, Liverpool, L1 9AS
Wednesday 18th at 12.00pm: Outside the Liver Buildings
A bod at Ninja Tune and Big Dada said: ‘You’re support will be rewarded with undying Dada love, and hopefully some television appearances. Of course, you’ll also get to hear one of the most astonishing debut singles we’ve ever released.‘
Get involved.