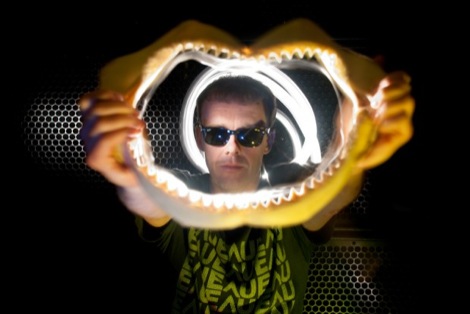 Inspection! Get ever’ting ship-shape an’ shine. Check, check one!

Yup, it’s another Getintothis exclusive, in conjunction with Liverpool Music Week, we’re offering a lucky reader the chance to scoop two tickets to watch the ‘headliners’ of LMW 2010 – Leftfield at the O2 Academy on Thursday (November 25).
Eight years after that double-hit of seminal electronic dub fusion, Leftfield’s Neil Barnes (minus co-founder Paul Daley) returns to Liverpool at a time when the band’s influence couldn’t be any better felt on the world dance music landscape.
With the likes of Burial, Ikonica, Diplo, Major Lazer, Magnetic Man and a whole host of cats peddling deep wamp wamp dubstep there’s no better time than now to catch one of the pioneers in action.
To be in with the chance to snaffle up a pair of tickets add Getintothis on Twitter and tell us what was released on the opening track of the band’s seminal record Leftism.
Get involved.