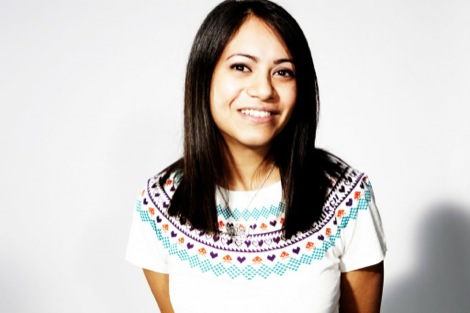 The cute face of dubstep matches up in the tunes department as a Getintothis uber-favourite delivers once again. 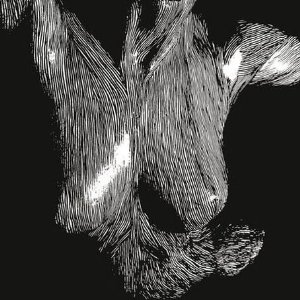 Oceansize: Self Preserved While The Bodies Float Up – Album of the Week
Superball Music
Quite possibly T’Size’s most accessible record yet. Which is quite something when you consider it opens with Part Cadiac, a track which roughly translates as a soundtrack for the end of time – a mountain of guitars, thunderous vocal and the kind of percussive slam a redwood makes when felled in a Canadian forest.
Elsewhere there’s signature moves in the shape of Ransoms, a twinkle toes diamond cousin of Music For A Nurse and the near nine-minute Oscar Acceptance Speech which blends walls of noise, quite beautiful harmonies interspersed with delicate piano and an extended string coda which if Hollywood had its ears open would round off a credit sequence to the best film ever shot.
But it’s a late three-track run which cements Self Preserved.. as yet another classic in the Mancunian’s trophy cabinet.
It’s My Tail And I’ll Chase It If I Want To opens with Gambler‘s guitar line seemingly working itself out before exploding into a hail of bullets as Mike Vennart employs a scat-vocal more reminiscent of an East Coast rapper – it’s positively beastly, Pine is a metronomic lullaby which sits alongside the Oxford English dictionary’s definition of the word ‘heavenly’ while Silent/Transparent has scaled new heights in the Oceansize discography: a cyclical riff for four and a half minutes, breaking down into a bass thumbing before the five-piece lock into a groove which seemingly only this band can do. Incredible.
We’ve said it before, but Oceansize need your immediate attention.
8.5/10 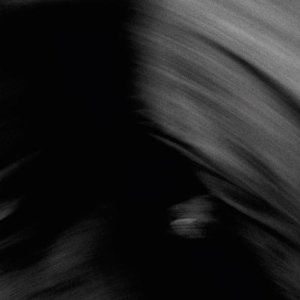 Steve Mason: Boys Outside
Double Six/Domino
Let’s be frank, Steve Mason‘s output post-Beta Band has been pants. So it’s not just a surprise but a relief that Boys Outside isn’t just a winning return but up there with anything he’s ever released.
For three months there were few records I played more than this; it hangs together with a loose, yet emotionally charged heart. Funky yet profound, wrestling with all manner of darkness but bristling with a new-found belief.
Producer Richard X deserves much credit for bathing much of these simple tracks – which in turn recall Shack, Meddle-era Pink Floyd and even Massive Attack (check Lost And Found‘s straight out of Protection rhythmic gurgle) – with a coating of spacedust and a depth which warrants repeated listens.
As one annoying balloonhead kept shouting at his recent Liverpool gig, ‘Go ‘ed Stevie!‘
8/10 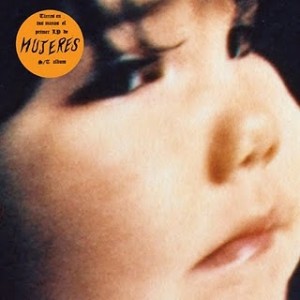 Mujeres: Mujeres
Sones
Like on record, this lot burst into Getintothis‘ world with a phlegm-assisted roar in the Jacaranda‘s basement during Liverpool Sound City 2010.
As immediate a band as is possible; fast licks, fast vocal ticks, fast kit-thwacks, super-fast melodies – fast, fast, FAST. Twelve tracks and 26 minutes of raucous, whiskey-infused rock and roll it’s hard to remember a band in the last 11 months that have released a record this visceral.
In short Barcelona’s answer to the Black Lips.
7/10 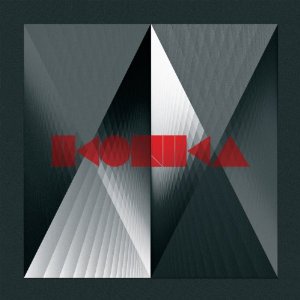 Ikonika: contact, love, want, have
Hyperdub
Hyperdub have been pretty much at the forefront of the curve for British dance music for sometime, and it was of little surprise when Ikonika‘s Sara Abdel-Hamid became the female face of dubstep.
As dark and insular as label-mate Burial but with a sprinkling of Atari FX lends itself to a slightly easier on the ears session. But make no mistake when Abdel-Hamid wants to jolt you in the belly, she can and will. Standout Sahara Michael is a twisted groove with an incessant tugging rhythm and a languid stoner roll which jabs away til you slip into psychosis.
Wonder how long before Hipster Runoff poses the question, is chill AZN Ikony a ‘slutwave bitch’ or just another ‘hot piece of ass?’
7/10 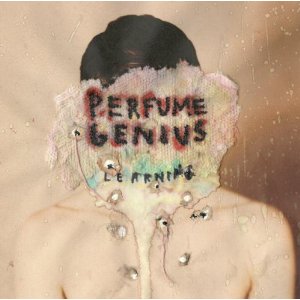 Perfume Genius: Learning
Turnstile
Under 30 minutes of the most tortuous, crying-into-your-piano bedwettingcore you’ve ever imagined.
That Seattle-based Mike Hadreas manages to hold it all together and make it a decent listen is a testament to the strong song-writing, whether you’ll want to invest in numerous repeat listens depends entirely upon how rubbish your week’s been.
It’s only Wednesday, and I’ve had a fair-to-middling time of it so haven’t felt the need for audio depressant just yet.
6.5/10