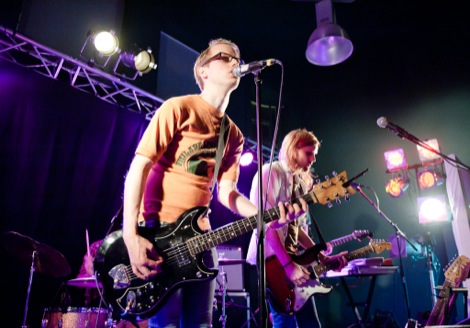 Swedish bedwetters, fiery Liverpool upstarters and a Lobster Pot supper – not bad for a midweek session.

When Alan Magee said he was sick of bedwetters, Jeniferever weren’t listening.
If ever there was a band who look and sound like they wet the bed it’s this lot.
In fact the ‘evers (as their mates presumably call them) probably urinate the bed while crying into their sloppy fish suppers, then urinate it again, just to make sure it’s sufficiently soaked and humming of ammonia.
They make Sigur Ros look like Widnes doormen. They make Fran Healey look like an extra from Scum. They’re the wettest looking saps you could ever imagine – you’d happily bet your wordly possessions on the side of a dandelion should they decide do a bit of weeding in their front garden. 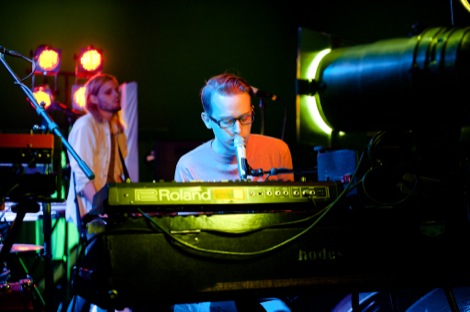 That said, when emo-tinged post-rock’s as seductive as their debut Choose A Bright Morning and latest album Silesia it’s hard not to bathe in their piddle-sodden sheets.
Leaf on Bold Street is – ahem – awash with folk lapping it up and I’m almost contemplating calling a cab as their set overruns our last rattler.
I don’t though, as the guilt of an early rise gnaws at the back of our mind – and more to the point, I really fancied a portion of Lobster Pot curry and chips.
Jeniferever are not that good. 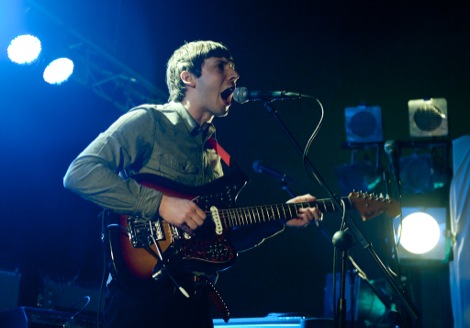 Adding to Fuel for Fire‘s rather fine opening night of gigging promotions in Liverpool are The Wild Eyes.
The now wavers have been on the tip of many a tongue in recent months and it’s easy to spot why – they know their way around a melody and in Huw Roberts have a frontman who’s burning so brightly you’d imagine Jeniferever would run out of piss should they attempt to stem his flames.
He deals in visceral vocal bite, a tempered aggro-front specialising in jarring neck stabs and attacks his guitar with deliberate purpose recalling, no less, a young Weller.
And if that’s not visually arresting enough, they’ve Mickey Pearce – or Neal Johnson to his friends, on bass. 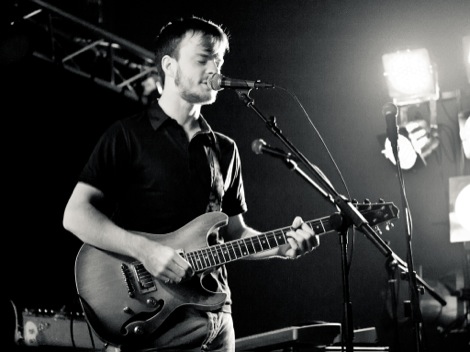 Fieldhouse are a little tame by comparison. They create meandering pop which the Music Cliche Word Dictionary Jumble Machine has just spewed out: ‘melancholy’, ‘textured’, ‘achingly beautiful’, ‘tender’, ‘Gene‘.
We left shortly to discuss how Arsenal FC are both frustrating and hugely unlikeable on almost every level. 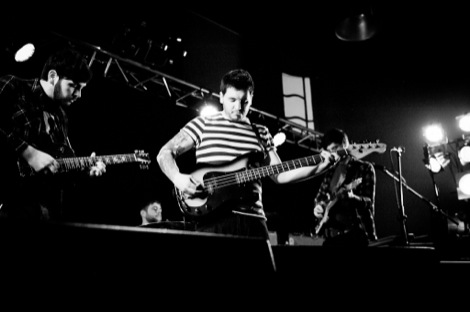 Sadly, we missed Rhodes. But Brian’s picture above reminds me of those sailor-shaped bubble bath containers which were reasonably popular in the early-to-mid 1980s. THIS IS A GOOD THING.
Their link below has one EP, and it’s pretty darn good, if you like Foals laced with Do Make Say Think.
They’re playing with Polyvinyl bros Joan Of Arc at the Kazimier on June 25. So shift your arse you miserable wretch, your stinking the house out.
http://myspace.com/thewildeyesuk
http://www.myspace.com/fieldhouseuk
http://rhodes.bandcamp.com/
Pictures courtesy of Brian Roberts.