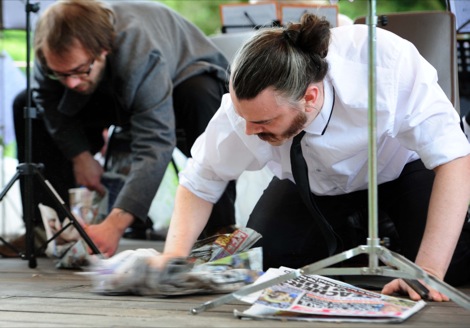 The a.P.A.t.T. Orchestra tear it up – literally – in a one-off experience at Sefton Park’s bandstand.

a.P.A.t.T have long been associated with ambitious music projects but even by their standards, yesterday’s experience saw them breaking new boundaries.
Folk gathered in Sefton Park were treated to a concert with a difference as the a.P.A.t.T Orchestra, a 23-piece ensemble, combined the more conventional instruments, like violins and saxophones, with Merseyside’s favourite family newspaper, the Liverpool ECHO, to create an unforgettable composition.
The newspaper was ripped, beaten and crumpled to create a variety of unusual sounds used alongside a.P.A.t.T‘s distinctive progressive soundscapes.
This was the first of four part displays, as the a.P.A.t.T. collective embark on a Musical Settings series which uses natural or architectural environments to determine aspects of composition or performance.
Included in Part 1, entitled On the Earth, the orchestra played pieces featuring Cornelius Cardew‘s The Great Learning, Paragraph 7, the premiere of Richard Harding‘s Untitled and Alan Courtis‘ In-Formed Music for Newspaper Ensemble.
Artistic director, Jon Hering said: “The newspaper ensemble piece was the European premiere of Argentinian composer Alan Courtiz‘s Informed Music.
“Alan actually contacted us and offered the piece. We weren’t sure how it would go down, whether it would be loud enough to be heard, but we had some good reactions.
“I think a couple of people thought we were being a bit zany but a lot of others said it was a really nice change.”
The a.P.A.t.T Orchestra took to the bandstand at around 2pm, and played for just over an hour.
Jon said: “It went really well. We were hoping for brilliant sunshine, like the last couple of days, but even though it was a bit cloudy we got a nice turnout. People stayed around even when it rained.” 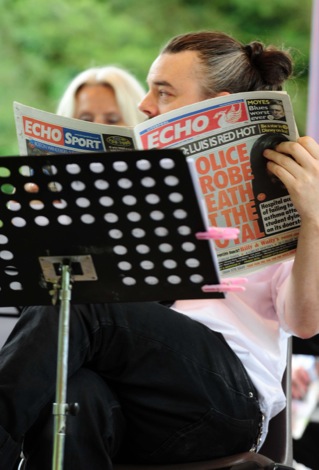 a.P.A.t.T.‘s Steve aka General MIDI swats up on the day’s crime news prior to the performance. 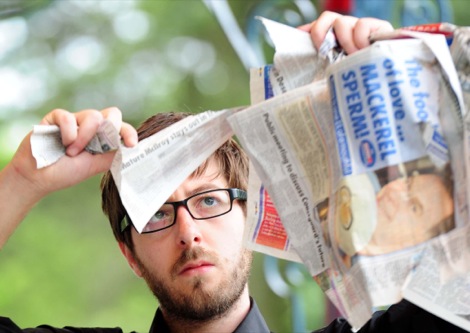 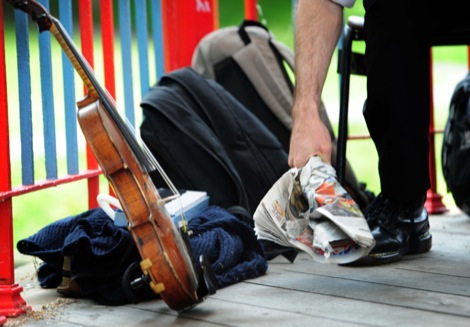 An ECHO is used to good effect among some more traditional instruments. 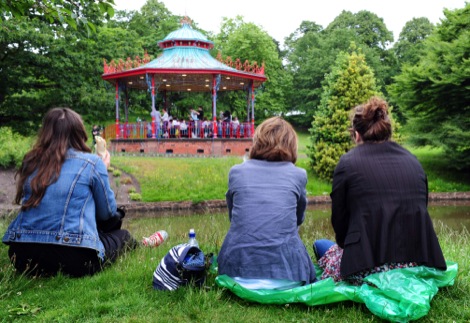 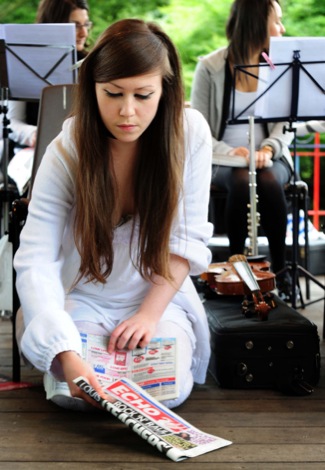 Josie aka Dorothy Wave of a.P.A.t.T. takes the careful approach to laying down some percussive beats. 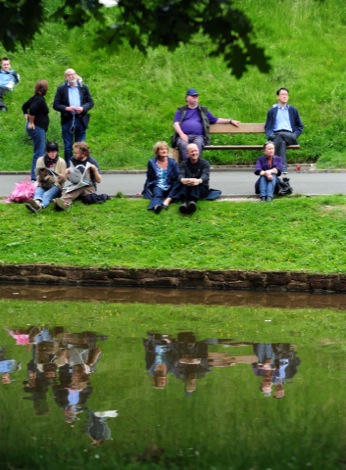 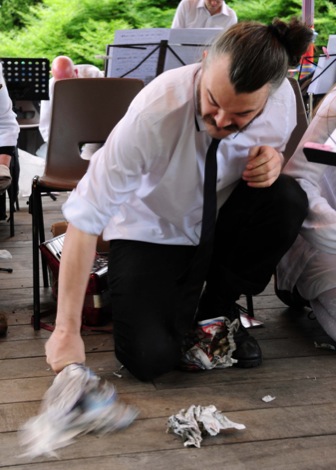 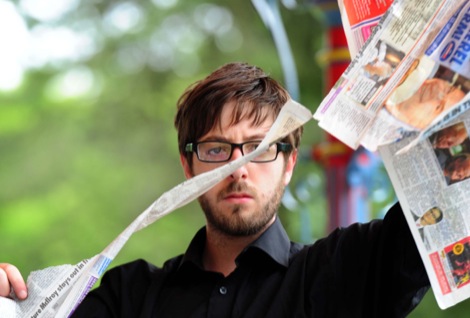