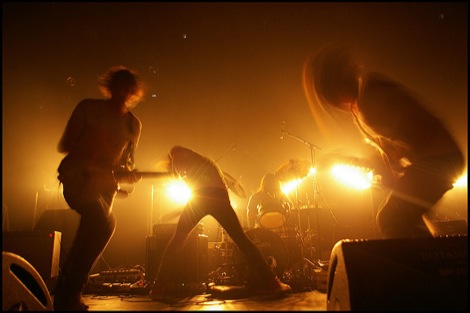 Known for their noise, but HEALTH also do alt-pop – witness their Health//Disco remix album and you’ll find a small treasure trove of gnarly death disco.
They’ve also been known to cover Lovepump United label bro Pictureplane‘s Goth Star in their live set too.
Now, the band have returned with their latest material since 2010’s Get Color with a studio cut of the cover. Check it out here and the original here, it’s rather tasty indeed.
HEALTH live at The Kazimier.