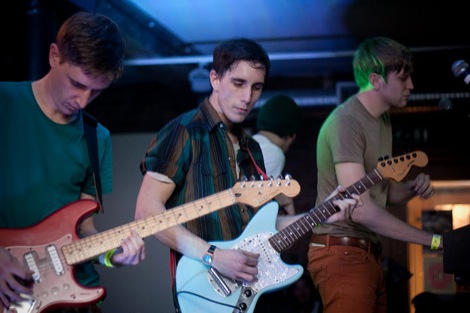 BOOM! Liverpool Music Week’s closing party at the CUC lives up to its billing as a magical marathon – and one of 2011’s momentous events. Getintothis‘ small army of reporters lived to tell the full tale.

After months of pretending to be a great venue, Liverpool Music Week‘s closing party saw the Contemporary Urban Centre finally graduate into a fully flegged centre of excellence.
Room after after room revealed treat after treat as the labyrinthian structure helped contribute to a unique melting pot of music, mayhem and magic.
That’s not to say there weren’t problems – huge queues of ticket holders seemed to snake from the one entrance as general ignorance and confusion reigned. Inside, with eight different spaces on four floors signposting or even an informed steward wouldn’t have gone amiss.
But when the dust settled after more than TEN hours of music, few people of the 1,500 attendees were left complaining, Liverpool Music Week‘s closing party was a music marathon of truly mind-bending proportions. 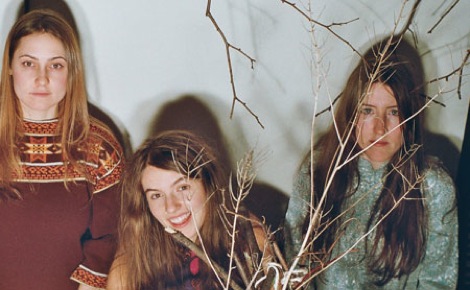 Stealing Sheep.
The night began with one of those spine-tingling, rarity, ‘this is the one‘ moments as Dustin Wong unravelled a remarkable performance of his album Infinite Love in front of a packed Cinema gallery.
A huge mass of interlocking, looped guitars played by nine clearly thrilled members of Liverpool’s six string fraternity, (led by Jon Davies, who unpicked Wong’s masses of loops) saw Infinite Love reveal itself as a lush and beautiful piece of hypnotic music.
Yes, it was undeniably geeky (like watching The Boredoms played by ten Hank Marvins), but this was an original, thrilling and deeply touching segment of noise.
Visions Of Trees provide a blast of pulsating trance inside Venue One before Ex-Easter Island Head‘s mallet guitar drones signal another home grown treat, of which Liverpool Music Week is quick to champion.
Amid all the confusion of overlapping bands, lapsed sets and time delays, are Ellen and the Escapades, playing their unassuming brand of throwback folk in the Jamaica Rooms, they softly warm up the evening like that first dab of Columbia before We Came Out Like Tigers provide the instant hit on the fourth floor. 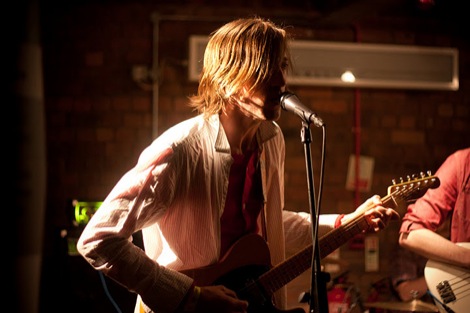 Lucky Beaches.
WCOLT aren’t a band to be taken lightly, the screams of singer Simon Barr‘s voice reduced to a ragged rasp alternating with the angry screeches of his violin.
The Studio room doesn’t have a stage – the bands perform at the same level as the audience – which lends the spoken word interludes an air of sixth form poetry, but the stark contrast between loud and quiet, furious and sensitive, makes their set difficult to shake off.
Stealing Sheep are always a safe bet for a faultless set. Their brand of folk with a spiky edge went down a treat, with powerful vocal harmonies and punchy drums. And after their recent tour success culminating with inking a deal with Heavenly, it’s no wonder Becky, Emily and Lucy look to be enjoying the gig as much as the sprightly onlookers. 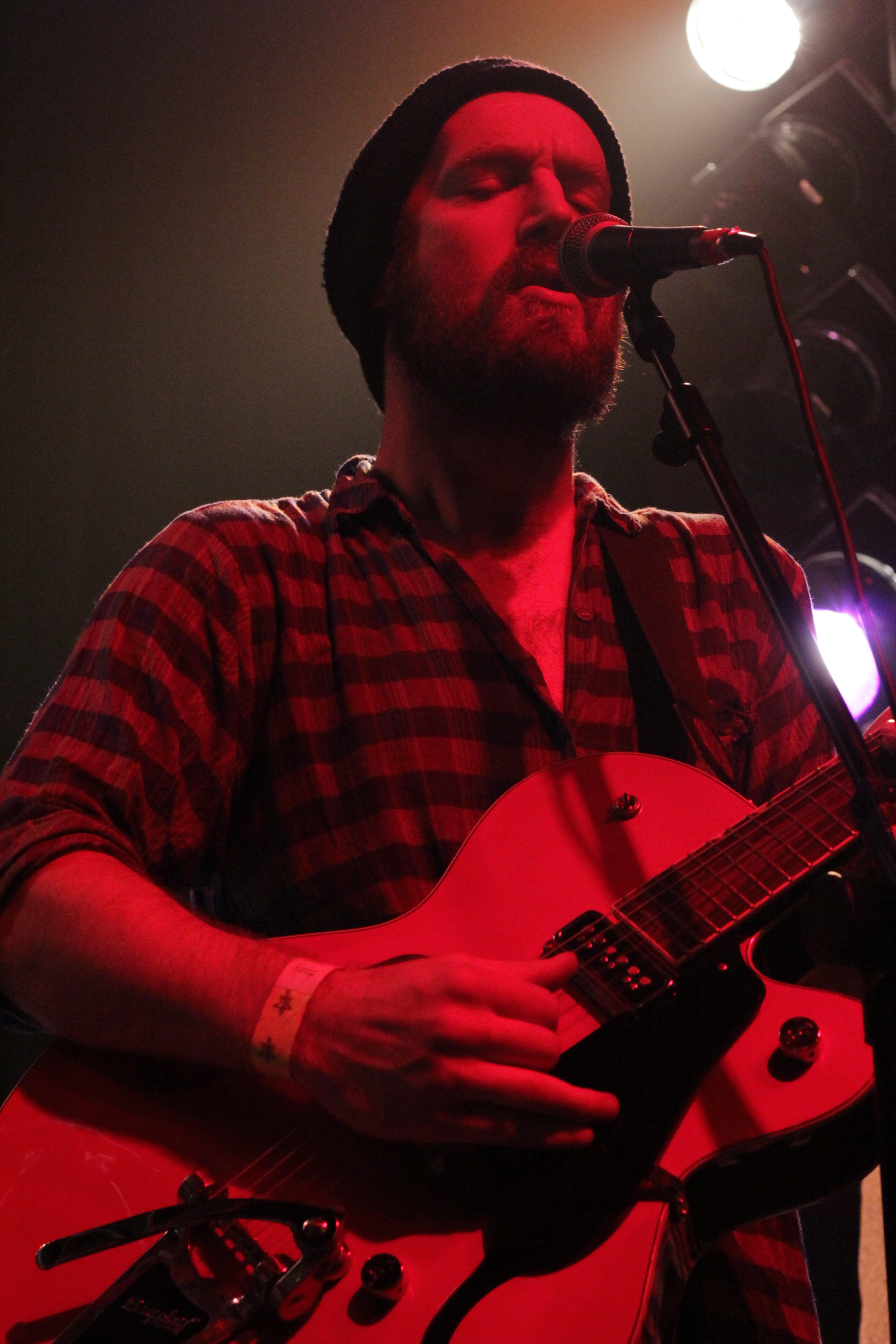 The Phantom Band.
On the third floor second stage, Welsh electro bods Man Without Country, overwhelm with their guitar-synth, slightly nature doc cinematics – both intimate yet utterly epic, they provide one of the key finds of the evening.
Swing should really have gone down with Glenn Miller. To appreciate it you have to be completely off you’re tits, and though White Mink DJs add some electro into the mix, at 8.30pm, it’s far too early to fully appreciate their set.
But the mixture of beats, a girl with an illuminous hula hoop and a Charleston dancer turning round and round continuously proved to be a bit of a spectacle that was hard to take you eyes off.
Naughty blighters, The Kazimier Krunk Band caused a stir throughout the evening – like the Dale Farm travellers, but with a steadier resolve, they proceeded to set up in the lobby, cafe, a disabled toilet and almost every other conceivable empty space in the CUC, until they got moved on by agitated security fussers.
Only to repeat the trick ad nauseum, much to the consternation of the men in black.
Returning to Liverpool after their sublime Bluecoat slot, The Phantom Band showed why they’re the best thing to come out of Scotland since the Beta Band‘s Three EPs while headliner Ghostpoet waves a LFC scarf to ironic boos, although laughs it off during a triumphantly woozy set.

Ghostpoet
LIPA gurners, Ninetails repeat last Wednesday’s impressive LMW set supporting Three Trapped Tigers, with precision guitar bluster, reinventing algebra-shaped chord structures to the power of π before Vasco de Gama stamp their credentials as one of Liverpool’s must-watch new bands.
Another joining them is Lucky Beaches, who once again ramp up their lo-fi sunny code into a dirty sack of gold-encrusted shit as Luke Muscatelli howls like Cujo amid a squall of feedback.
They’re followed by the no strings psychedelia of Mind Mountain, whose long hair and longer breakdowns mellow the room back out again. Back at the bar downstairs, Beth Jeans Houghton is a more frosty proposition.
Despite the cup of coffee and huge furry hat, she doesn’t thaw much throughout the performance, but admits she’s wrecked from sleep deprivation that comes with resting on a hard bare floor.
One of the night’s many highlights is unquestionably Salem Rages, Liverpool’s freshest take on old school punk.
Singer Russ proves a charismatic and confident frontman, with eyeliner deep enough to sink a sloop in. ‘Hi, we’re the Horrors,’ he quips.
The same room plays host to Mugstar as they put on a dazzling display of light to accompany their mindbending instrumentals, complete with a wall of devotees to the front of the stage. They go on for a long time but the stalwart fans never miss a beat, nodding along to every thwack. 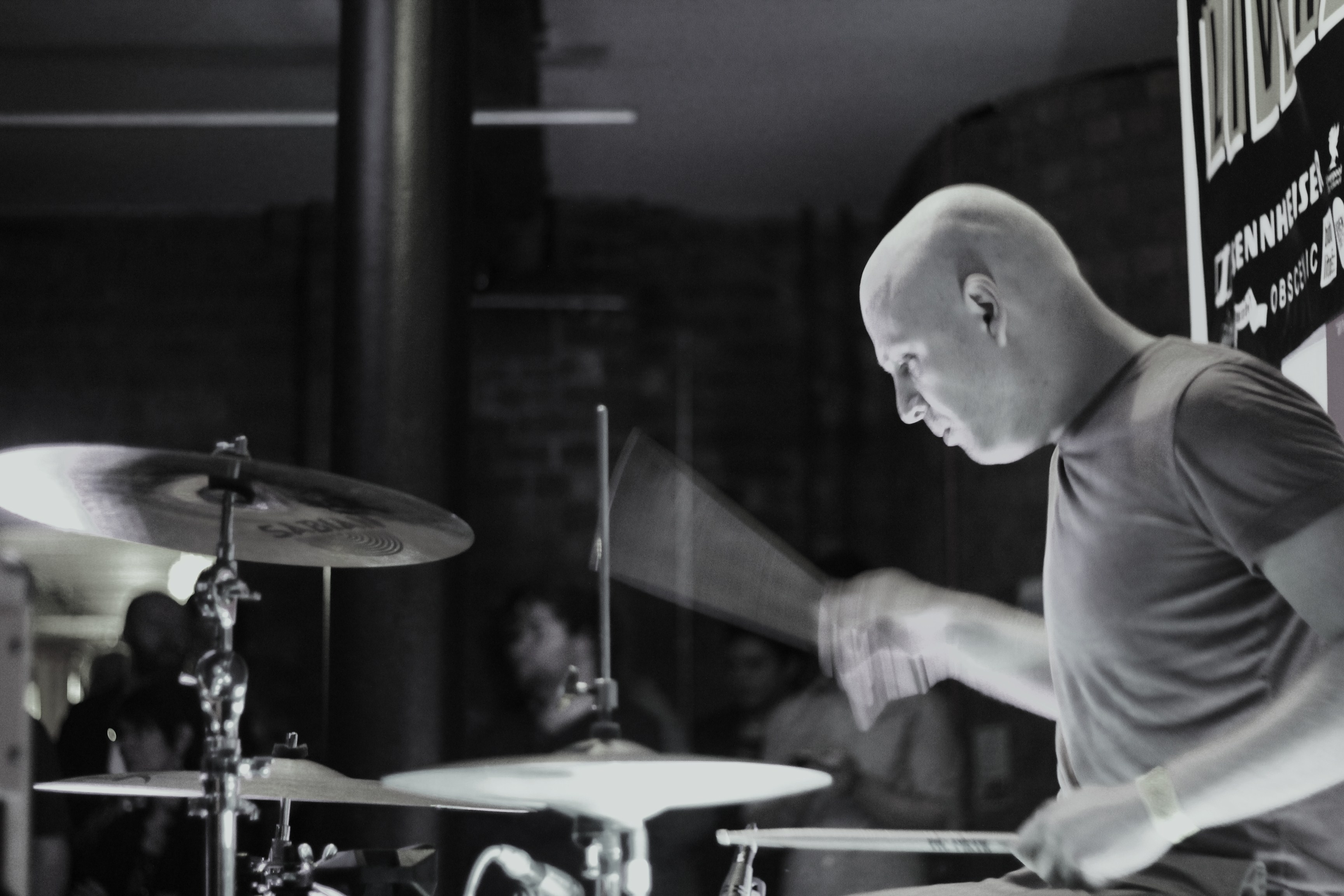 Outfit.
Returning to Liverpool, from their new London base, Outfit just about make it to the stage, after a nasty crash on the motorway threatens to leave various members stranded while putting the entire night 10 soundchecks behind schedule. But, when they do arrive, they’re homecoming feels like that of a king as fan favourite Every Night I Dress Up As You works wonders amid a delightfully teasing work out of two newies.
Inevitably, they close with Two Islands and the Annexe Gallery erupts into a mass of bodies as Mother Earth’s Jay Freeman crowd surfs the rafters brushing away every last cobweb with a swipe of his ginger chin fur. 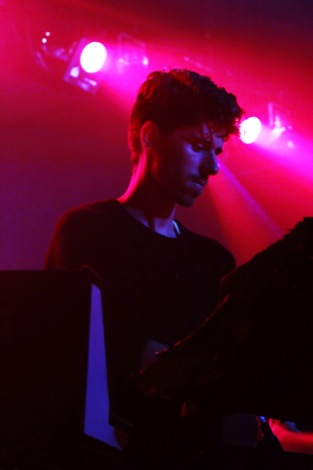 Dogshow.
Apple Cannon offer the night’s most passionate display, as duo, Richard Birkenhead (drums/noise/voxs) and Paul Barrow (guitar/noise/voxs), whip up a frenzy. Barrow brings the mania to an end by tossing himslf first into the stage before clattering the audience. Who love him all the more for it. The same can be said back in Venue One as the entire room dance their now very sweaty socks off to The Whip.
Cerebral Ballzy‘s set, meanwhile, collapses into a mess of flailing limbs when shirt-off hardcore posturing degenerates into a spot of handbags with members of Eagulls.
With an unsavoury history between the two bands, vocalist Honor Titus takes a lunge at an Eagulls‘ bro, who’d moments earlier cracked him over the head with a mic.
Security wade in to restrain the super-ripped Titus, only for a spillover from the fracas to continue on stage as a royal rumble between audience members and musicians breaks out.
Time is called amid chants of ‘Ballzy, Ballzy‘ – a fitting send-off for a band devoted to concision, aggro and clattering skatepunk odes to pizza, partying and puking. 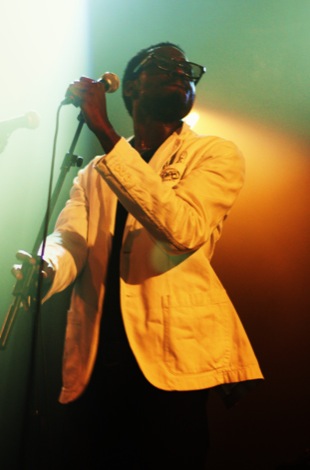 LV & Joshua Idehen.
With various bands dragging their instrument cases down the many flights of metal staircases, the DJs come to the fore with one in particular providing a big talking point.
DJ Derek, here to show the kids a thing or two about having a good time, is an elderly gent in a waistcoat spinning dubstep, and is altogether a bizarre sensation. Still, when a reggae-fied Sexual Healing starts sleezing its way over the speakers, a friend is heard admitting: ‘This is my limit,’ before scurrying off into the night.
She’s not wrong, this is the fight or flight stage of the evening that a reggae rendition of Sexual Healing is almost guaranteed to decide. If you’re flagging, this could be the time to give Delta a ring.
By whatever miracle, though, most of the people in the building seem to get their second wind, and suddenly all the huge, winding passageways which seemed so intimidating back at 8pm have turned into a fun labyrinth of bright lights and familiar faces.
The night is still going strong at two, three, four in the morning. Bands continue to lug their equipment round, bleary-eyed but robust, Pete Bentham and his Dinner Ladies are cheering about potatoes, and rounds of Guinnesses are floating through the tables.
Almost poetically we close the night at Croxteth Lodge – the place where much of Liverpool’s magic has happened. Mother Earth, Outfit, a.P.A.t.T and various other members stagger, sniff or sleep walk their way around the 6am slot of Saturday morning before we slide off into a joey. Liverpool Music Week 2011, you were well boss. 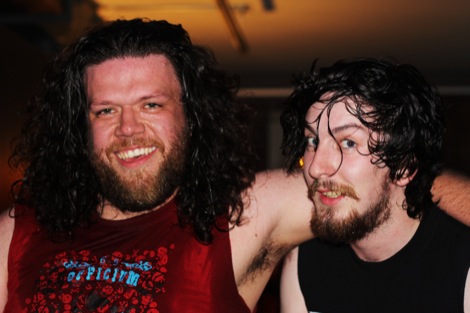