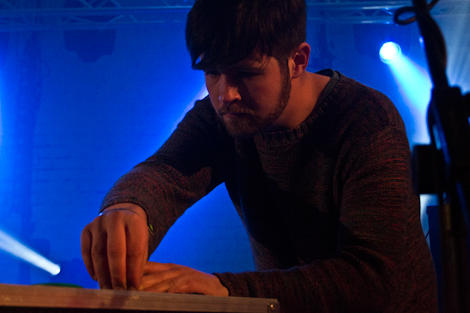 In the last of Getintothis‘ Liverpool Sound City live reviews, Orla Foster offers a round up of the wild and the wonderful plus tracks concerning sharp-witted rebuttals to men with wandering hands in Norwich. Obviously.

Things kick off with a gentle acoustic show from I Am Dive, a winsome duo from the south of Spain. Their affable, slow-building songs fit in perfectly with a chesterfield and a pint at Leaf, even if it is a little hard to distinguish between songs at first listen.
Then, in the cosy, intimate environs of Studio 2 there’s Kamilla Lovett, a 19-year-old singer and pianist who alternates shy, soft-spoken ballads with quirkier, full-bodied appraisals and observations of life in general. Her manner is placid yet self-possessed, and she ends the set with Club Etiquette, a pert, sharp-witted rebuttal to men with wandering hands in Norwich.
Entertainment for the middle of the night falls to sunshinin’ indie nonsense acts at the Red Bull live at the Garage stage. 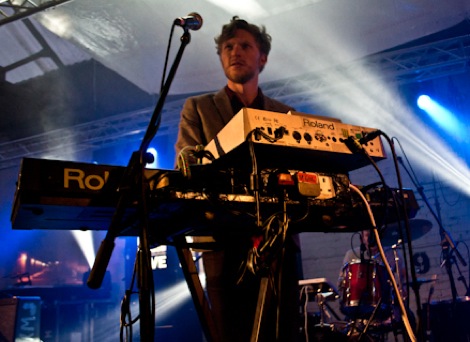 Post War Years live at Sound City 2012
We’re talking Post War Years, who would surely love to be playing to a stadium and no doubt could have managed an encore given half the chance – and Red Ink, a last minute understudy for explosive tribal-pop act Niki & The Dove, who unfortunately couldn’t make it tonight.
Red Ink do well to dive in at such short notice, but it depends how you feel about grown men with extra-gleaming white teeth dancing like Beelzebub over songs that wouldn’t sound out of place on a Match on the Day sequence. 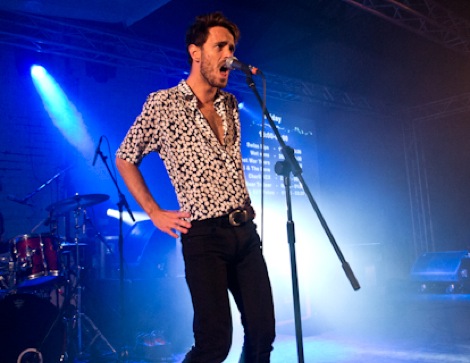 Red Ink live at Liverpool Sound City.
Later, over at the Wolstenholme Creative Space, it’s time for a couple of trailblazing Oxford bands who have been quietly championed for some time now. First up, the Spring Offensive, whose songs seem to focus largely on the tedium and anxiety of working in a day job, a theme which can’t help but strike a chord.
They go down a storm with the audience, making the chilly room momentarily feel like a cosy tavern as bodies jostle around the band, who have by now, endearingly, stepped off stage to perform cheek-by-jowl with everyone around them. 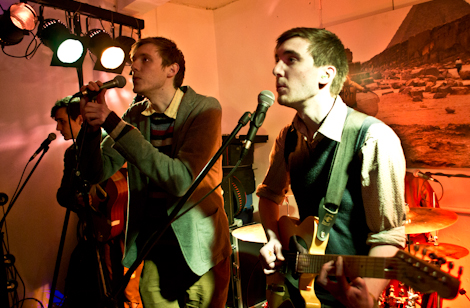 Spring Offensive live at Sound City 2012
Then, to round things off it’s Jonquil‘s turn. Confident and assured though their set is, it lacks the ease of Spring Offensive‘s performance.
They look like a band who are going places, sure, but seem to spend longer than necessary flapping at the sound technician over minor quibbles.
Just a thought, Jonquil, if you actually were playing in your friend’s living room, would you nag his mum to turn up the trumpet a notch? Thought not.
It might have been more enjoyable had they just run with the flow of the evening rather than seeking perfection in every detail. Still, we’re just nitpicking – their songs are all pretty decent as it turns out.
Pictures by Darren Aston.