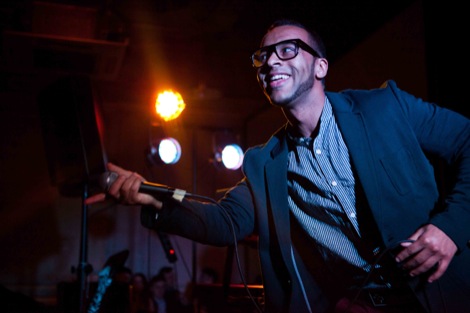 One of the GIT Award’s big crossover success stories – Esco Williams has proven he’s a star in waiting after capturing nationwide acclaim. He talks to Getintothis about Liverpool’s collaborative community and how he’s ready to push things forward.

When Esco Williams‘ early demos dropped into our inbox back in February it was a surprise to all the GIT Award judges quite what was contained within those small files.
Tight funk, sunshine grooves, silky soul and a blistering vocal served as an introduction to one of Liverpool’s finest stars bubbling away beneath the surface.
A couple of months later, and our early impressions were blown out of the water when Esco led his contemporaries on a night of highly-charged wonder at The Attic. For those that were there, it was a true one off.
Getintothis waxed lyrical at a subsequent judges meeting – and jaws were well and truly scraped from the floor last Friday at the inaugural GIT Award show at Leaf when Esco brought the party.
Though, Esco may not have walked away with the prize – Getintothis knows this represents merely the start of a superlative superstar in waiting.
Days after his appearance at the GIT Award, Esco appeared in the Guardian and NME, here Getintothis catches up with the man himself ahead of a whirlwind summer. 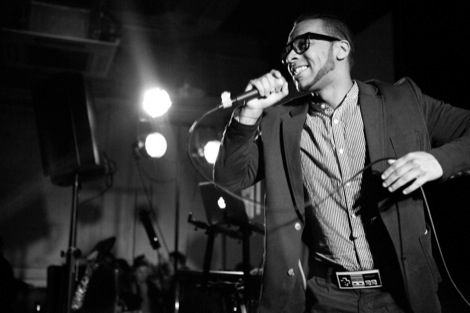 Getintothis: What did you make of the GIT Award 2012?
Esco Williams: ‘The GIT Award provided a much needed celebration for original, Liverpool music and judging by the response and the atmosphere of the night, it served its purpose.’ 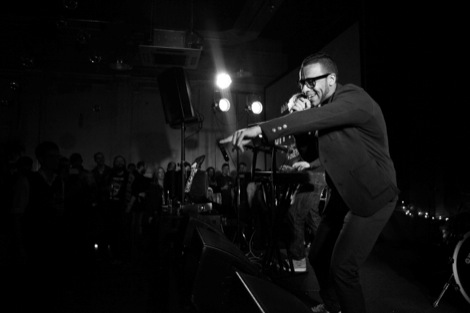 Getintothis: What message did you think the GIT Award sent out?
Esco Williams: ‘I think the overall message the award sent out was one that Liverpool’s music scene is very much alive, that a simple idea can make massive waves and that working collaboratively brings massive results.
‘The build up and the ceremony itself made noise on a national level.’

Getintothis: What were your highlights from the GIT Award 2012?
Esco Williams: ‘My highlight of the awards itself was performing and witnessing Ninetails perform – those guys are awesome.’
Getintothis: Thank you so much for your music and good luck for the future – what’s next for you?
Esco Williams: ‘Next for me is to record my album and continue to be a part of my city’s growing network of forward thinking musicians.’
For a full interview and fresh music with GIT Award 2012 nominee Esco Williams visit here.
Pictures by Conor McDonnell.