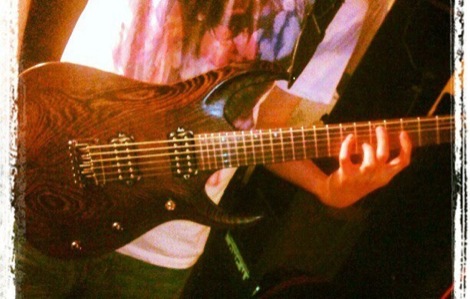 The bruised, battered and bludgeoning Liverpool metal scene may receive less column inches than other areas, but as Mike Pinnington suggests the fan base remains unswerving and the quality is as healthy as ever. Getintothis sheds some light on the blackest corners of Merseyside music.

Name any genre you like; classical, grunge, metal, hip-hop, happy hardcore, well, maybe not happy hardcore; but any other of the rest, and the myriad sub-groups and trends besides.
Now, think of the genre you would say is the most derided and I bet that a fair few of you (myself included) plump for metal. Nobody in their right mind, and a little beyond adolescence, will say otherwise, right?
Wrong. Derided it may be, but it also happens to be a constant in terms of popularity, comfortably outliving much of the stuff that has previously received undue column inches (New Grave, anyone?), and certain to see off whatever the Dalston-set are currently palpitating over.
In a nutshell, while it rarely gets any sustained popular attention – when was the last time you read a metal feature in the Guardian Music section two weeks in a row – it is incredibly resilient, drawing and keeping legions of fans without a taste-maker in sight.
And you don’t have to go too far for a living, breathing example of such resilience – even if they do fit just as snugly in the section marked ‘progressive’ these days – Liverpool’s Anathema released their first record in 1993.
Two decades later, they’re still going strong and arguably putting out their best material to date; this year’s Weather Systems (which charted reasonably here and across Europe) was once again hailed as a triumph.

But it’s not simply a form of music where the strength lies in its resilience constantly harking back to metal’s golden ages. As with Anathema‘s ability to evolve, new bands are joining the party, adding to the mix, and, pleasingly getting good press beyond the likes of Metal Hammer.
For proof of this, we need look no further than doom-trio Conan (again, from Liverpool), their latest album Mennos featuring in the pages of the likes of Pitchfork, sitting happily alongside the latest buzz bands ‘fresh out of NYC’.
Indeed, Merseyside has long been a stronghold. Back in the day, Stairways, and the Krazy House attracted metal kids in their droves.
But there’s a new generation of bands currently making for a more dynamic scene. Getintothis caught up with Snub promotions Gemma Smith, previously of The Masque, and asked her about Liverpool’s metal landscape.
‘When I was at The Masque, Whiplash Promotions started bringing a lot of touring metal bands and I think people started to see us as a metal friendly venue, Gemma said.
‘I began receiving a lot of emails from local metal bands asking if we did local metal nights too – we didn’t. I persuaded the venue to let me try some local showcases and it was a big success!‘
When The Masque shut up shop, Smith decided Snub had built up too much of a following to simply call it a day, hence her move into the promotions game and to the reopened Lomax on Cumberland Street.

Photographer and metal fan Chris Everett has shot and witnessed much of the city’s metal resurgence.
He said: ‘The (metal) scene is staying alive mainly because of the fantastic promoters that put hours of hard work in to bring the big bands to Liverpool.
‘They also keep the local ones on top of their game; namely, Sarah Turner of Whiplash Promotions, the guys behind Fred Westlife Inc. and Gemma Smith at Snub Lomax.‘
If like us, your tastes traditionally lie away from metal’s door, who are the bands we should be looking out for? 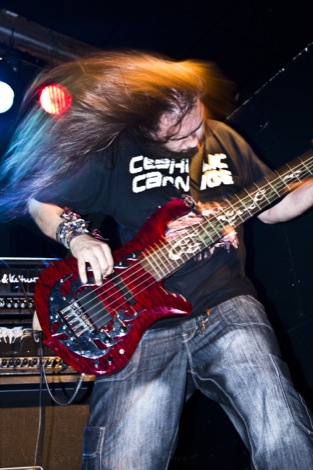 Cancerous Womb give it some welly
Smith and Everett each cite Oceanis, the latter saying: ‘Oceanis are absolutely blinding live, some of the best live shows I have ever witnessed.‘
And if you don’t like them? Smith has a curve-ball option: ‘Damp Old Man – they’re just starting to gig (after six years of practice!) and I think they are going to be pretty big on the scene.‘
Beyond Liverpool, Smith has a few she’s keeping under wraps for now, but Everett suggests a couple of Celtic options: ‘Cerebral Bore and Cancerous Womb, both from Scotland, have blown me away every time I’ve seen them.

Cancerous Womb (!?!), we ask, wondering about metal’s unending propensity for bad taste, and just plain bad, names. ‘I think the really bad names are all part of the scene and image that the bands portray, there are some pretty wild ones out there,‘ Smith adds.
In a way, it’s reassuring to see that while the scene and sound is subject to progression and maturity, there will always be room for a tolerance of casually offensive and puerile band names.
But perhaps it has more to say about the genre’s perception outside the scene, and that metal, like its fans, always has and will be happiest as the outsider.
But who knows, perhaps its current burgeoning popularity will attract newcomers, young and old. Just don’t tell them we sent you. 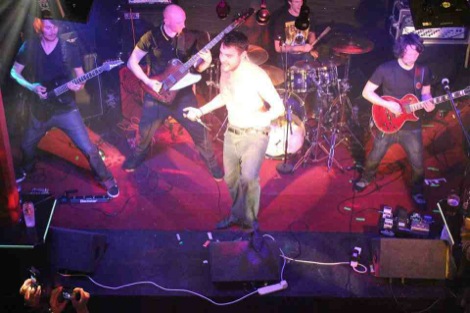