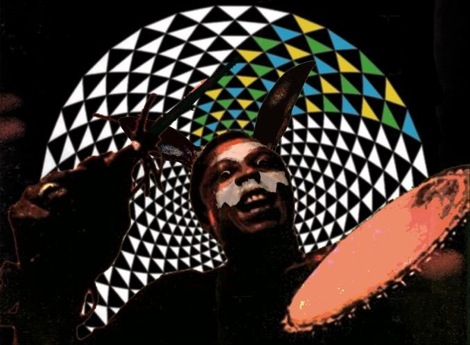 As cinematic cool goes City of God is the definitive Brazilian counter culture crossover reference point.
Anyone that’s absorbed themselves in that startling celluloid insight into the super-fast, ultra-happening yet bleakly-dangerous snapshot of South America’s slum-party underworld can’t help but feel they’d paradoxically love to embrace that world for several hours – if only to experience the exotic exuberance of it all – before retreating to the safe confines of their 9-5 existence.
Well, his weekend you can. Minus the decapitated chickens and the trigger happy psychotic tendencies of Li’l Zé.
For the second consecutive year, music collective Misturado and independent record label/events company, Rebel Soul bring to Liverpool the Brazilica Fringe Festival – a celebration of the rich and diverse culture of Brazil.
Established in 2011, The Fringe, followed on from the creation of Britain’s biggest Samba carnival, Brazilica. Introduced to run alongside the main festival, the Fringe focuses on the edgier, grassroots culture of Brazil; showcasing the best in Brazilian music, art and film.
Building upon the huge success of last year’s Fringe Festival, Misturado and Rebel Soul have teamed up with creative businesses and individuals to ensure this year is bigger and better.
Rebel Soul’s Rory Taylor, said: ‘The Brazilica Fringe Festival in 2011 provided an opportunity for Rebel Soul and Misturado to collaborate with lots of wonderful musicians, artists, performers, makers, doers and venues.
‘This year is going to be much bigger, as we’ll be working alongside over 30 other creative businesses and individuals in the city, sharing ideas, knowledge and experience. We can’t wait.‘
The Fringe features a number of Brazilian film nights, a week long exhibition of contemporary Brazilian art and a cultural crossover where Latin meets local music. There will also be a Carnival cook-up in which a plethora of DJ’s, MC’s, breakers, international Samba drummers & musicians will connect in one venue for an evening of amazing music and improvisation. 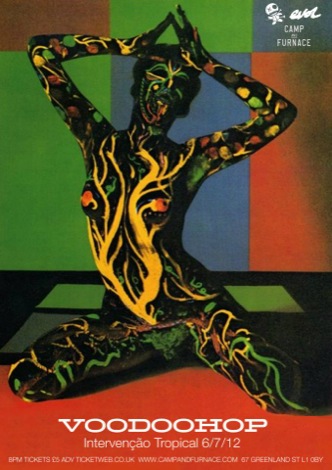 One of the Fringes’ main events kicks off on Friday when a host of Brazilian neo-tropicalist DJ’s, artists and musicians visit Camp and Furnace for Voodoohop.
Voodoohop is a unique party that has illuminated Sao Paulo nightlife for the last four years, and will bring a slice of tropical South American dance to the warehouses of Liverpool.
From it’s beginnings in a dive bar on red light Rua Augusta, Voodoohop quickly became a scene of unconventional art, music and hedonism. Over time the parties have grown, occupying larger venues in the old center of Sao Paulo.
Each night is unique, spontaneous and a spectacle with a musical soundtrack from a range of resident djs and new electronic artists.
There’s a neo-tropicalism exhibition from 7pm featuring the work of Adriana Galuppo, Pilantropóv and Kaloan Meenochite with the party grooving into action afterwards.
Voodoohop. 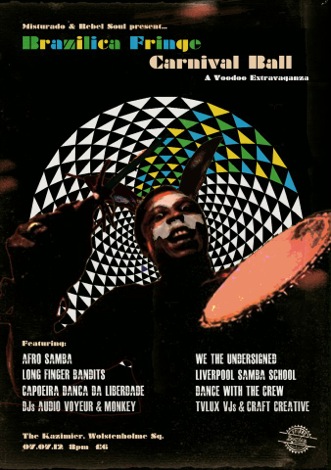 Prior to the main event, the Carnival Ball beckons one and all to bring their offerings to the gods at the Voodoohop Ceremony in the Kazimier Garden from 4pm-8pm – São Paulo’s most explosive party.