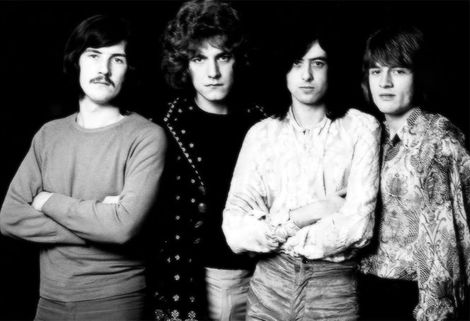 Led Zeppelin’s film of their 2007 reunion, Celebration Day, is premiered worldwide tonight. Getintothis offers up it’s top 10 tracks of one of the world’s seminal bands.

Supergroups are terrible. Shocking. Possibly the worst contrivance afflicted upon modern pop music.
But Led Zeppelin are a supergroup. The only supergroup you ever need pay serious attention to.

When guitarist Jimmy Page joined The Yardbirds during their death throes of 1966 he looked to assemble a new line up consisting of Jeff Beck, The Who‘s Pete Townsend and Keith Moon while considering Steve Winwood or The Small Faces‘ Steve Marriott as vocalist.

This ‘supergroup’ never came into being.

And in 1968 they announced they were to be known as Led Zeppelin – the greatest collective of musicians the world has ever known.

On September 25 1980, Bonham died aged just 32 after choking on his own vomit and the group decided to disband.

Twenty seven years later, on December 10, 2007, Led Zeppelin took to the stage at London’s O2 Arena to headline a tribute concert for their friend and Atlantic Records founder Ahmet Ertegun.
What followed was a two-hour-plus tour de force of the band’s signature blues-infused rock ‘n’ roll that instantly became part of the legend of Led Zeppelin.

Founding members John Paul Jones, Jimmy Page and Robert Plant were joined by Jason Bonham, the son of their late drummer John Bonham, to perform 16 songs from their celebrated catalogue.

Although 20 million people applied for tickets, the band’s first headline show in 27 years was seen only by the 18,000 ticket holders who were fortunate enough to have secured seats through the worldwide lottery.

The film of Celebration Day will tonight see a worldwide theatrical release and with that in mind here’s Getintothis‘ Top 10 picks of one of the greatest bands the world will ever know. 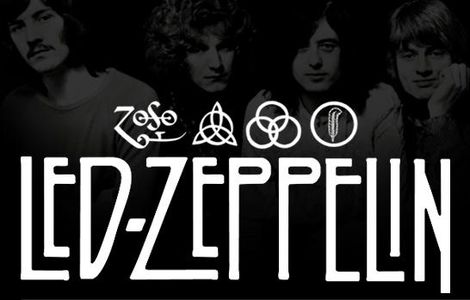 2. In My Time of Dying from Physical Graffiti

An epic languid groove from the greatest double album of all time.
Page’s slide guitar oozes filth while Bonham’s kit work (similar to that of When the Levee Breaks) is at its ferocious best. Marvel at the turbo-charged riffing five minutes in and check the ridiculous (and very English) coughing japery from Bonham at the close – the sound of a band having fun while making seriously good music.

3. No Quarter from Houses of the Holy

Led Zep are known for their legendary status as players, what’s regularly misrepresented is Pages’ ground breaking production and attention to detail.

On No Quarter – a seminal live staple – those techniques are pushed to the fire as Jones’ organ swells over Plant’s merman gurgles only to be intercepted by layered piano and a gorgeously clean guitar riff descending straight from the heavens. Pure magic.

5. Ramble On from Led Zeppelin II

As straight down the line rock boogie as you’ll find in the Zep canon – but a stone cold classic all the same.
When Jones’ bass chugs kick in with Bonham’s toms you’ll be reaching for the door keys to get a ramblin’.

6. Song Remains The Same from Houses Of The Holy

Another classic insight into Team Zeppelin’s awesome collectivity and musicianship.
That extended intro finds Bonham and Jones working as a propulsive unit while Page locks acoustic to electric guitars over another timeless riff before the whole lot breaks down into one of Plant’s epic vocals – from elven to raging in seconds. Pure liquid musicality.

Another monolithic slice of rolling thunder. Led Zep may not have been the first to imbue exotic Eastern rhythmic mysticism into heavy rock but Kashmir became the blueprint with Pages’ profound orchestration copied relentlessly.

8. Stairway To Heaven from Led Zeppelin IV
It had to be in there.

One of the quintessential album openers of all time. Plant’s gravelly howl and Pages’ bluesy lick prove a lascivious winner 41 years later.

10. Since I’ve Been Loving You from Led Zeppelin III

Sometimes it’s easy to take for granted Page and Plant’s combination for tortured blues standards but revisiting tracks like this early career high brings it all back home.

From soft beginnings to that skyscraping finale drenched in Jones’ pained organ swirls, Since I’ve Been Loving You is the Led Zeppelin heartbreaker.

Celebration Day will then be available in multiple video and audio formats on November 19 from Swan Song/Atlantic Records.