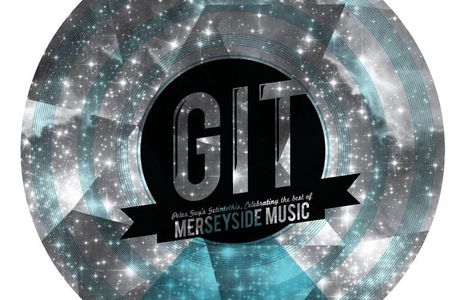 “The GIT Award – what a blast! A great way for a city bursting with talent to show off its wares and make sure it holds its crown as the most innovative and original musical conglomeration in the UK.”– The Guardian.
Influential journalists from two cornerstones of the UK music media have been confirmed to join the judging panel for Liverpool’s GIT Award 2013.
BBC 6 Music presenter and son of the legendary John Peel, Tom Ravenscroft and the editor of rock & pop music bible Q Magazine, Liverpool-born Andrew Harrison will join the 12-strong judging panel.
The GIT Award, dubbed ‘the Scouse Mercury Prize’, launched its second annual outing in November after a hugely successful inaugural prize in 2012.
Tom and Andrew join 10 other respected industry experts to decide a winner for this pioneering award in April next year.
Returning to judge The GIT Award are Matt Wilkinson, NME‘s new music editor, Craig G Pennington, editor of Liverpool music magazine Bido Lito! and John Doran, editor of the music webzine The Quietus.
“Last year’s GIT Award helped to bring Liverpool’s music scene to national attention – I’m pleased to see it back this year and can’t wait to get involved again.” – NME’s Matt Wilkinson 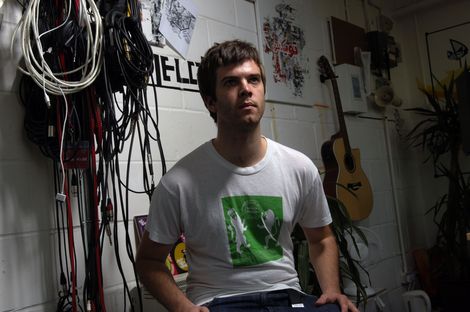 Tom Ravenscroft
Other new judges for the GIT Award 2013 are David Lloyd, founder and editor of Liverpool culture blog Seven Streets, Clarry Mowforth, co-founder of Liverpool events and promotions company everisland, and Juice FM Deputy Programme Controller, Johnny Collins.
GIT Award organiser and Liverpool Echo journalist Peter Guy also takes a place on the 2013 judging panel, alongside Liverpool music promoter, Steve Miller, the man behind club night EVOL, and former music journalist Paul Rogers, who is head of content at Liverpool Football Club. Completing the judging line up is Yaw Owusu, music manager and chief executive of award-winning Liverpool youth culture company URBEATZ.
GIT Award organiser Peter Guy said: “I’m thrilled with the judging panel for the GIT Award 2013. They represent the cornerstones of music on a national scale while their brands are respected throughout the world.
“The diversity of the Merseyside-based judges shows how communal the GIT Award has become in Liverpool, while those judges based around the country shows how respected, and how serious the industry considers new Liverpool music to be. It’s shaping up to be a superb second year.”
Launched in November 2011, The GIT award captured the music industry’s attention becoming the first regional award of its kind to champion new and emerging music.
Collaborating with over 80 companies from Merseyside and the national music industry, the Award showcased Liverpool’s rich musical diversity resulting in a showcase which captured the world’s music press garnering coverage from the BBC, MTV, the national print and online press, the UK music industry and the cornerstones of Liverpool’s media.
“The GIT Award 2012 was one of the highlights of the city’s musical calendar. It showed the strength of the Liverpool music offer, raised the profile of the city’s music scene, and attracted vast positive national coverage.” – Kevin McManus, Liverpool Vision
“Liverpool has long since stepped out of the huge shadow cast by the Beatles. It takes something as good as the GIT Award to let the rest of the country know and make them pay attention.” – The Quietus.
Liverpool has long been considered a hotbed of musical talent and The GIT Award is committed to putting the city’s most innovative new bands and artists on the national and international stage.
Musicians, bands and creative types who would like to enter for this year’s prize are asked to send four tracks to getintothis@gmail.com or alternatively post to Peter Guy, The GIT Award, Liverpool Daily Post & ECHO, PO Box 48, Old Hall Street, Liverpool, L69 3EB. 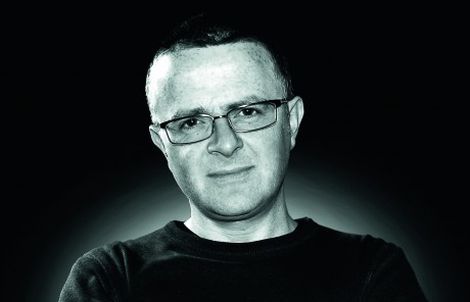 Andrew Harrison
Meet the GIT Award 2013 judges:
Johnny Collins joined popular Liverpool radio station Juice FM in 2008 and is Deputy Programme Controller. He presents the ‘late show’, and compiles the playlists for the station as a whole.
John Doran, editor of the influential internet music magazine the Quietus (www.TheQuietus.com) was born in Whiston Hospital, and had his musical education being humiliated by staff at Probe Records. He also writes for The Stool Pigeon, VICE, NME and Metal Hammer.
Peter Guy is a journalist at the Liverpool Post & Echo – and founder of The GIT Award. For six years Peter’s blog, Getintothis, has charted the highs and lows of music on a national scale. Peter is a media partner with Liverpool Sound City and Liverpool Music Week while featuring on industry panels around the country.
Andrew Harrison is the Editor of Q Magazine, Britain’s most influential music monthly. In the nineties he edited the award-winning rock magazine Select and dance music bible Mixmag. He has interviewed Madonna, U2, Morrissey, Stephen Fry and many more. Andrew got his first break doing live reviews for the Daily Post and Liverpool Echo – where he was the first journalist to write about The La’s. He is from Maghull and went to Deyes High School.
David Lloyd is founder and editor of Liverpool culture blog SevenStreets – winner of the Best City website at the Blog North Awards. Prior to that he was editor of Guardian Media’s Manchester culture mag. David was a founder member of the group Half Man Half Biscuit.
Steve Miller is Liverpool-based promoter behind EVOL. For eight years, Steve or ‘Revo’ as he is more popularly known, has showcased the cream of under the radar talent and blockbuster headliners. In 2008, Steve became the programmer for Liverpool Sound City festival.
Clarry Mowforth graduated from studies in Liverpool in 2011, and has since co-founded Liverpool events company everisland, alongside contributing to Bido Lito! magazine. She also works Liverpool venue the Kazimier.
Craig G Pennington is the Editor of Bido Lito! – The Liverpool Music Magazine. Since it emerged in May 2010, the magazine has established itself at the forefront of new music on Merseyside.
Tom Ravenscroft hosts the Friday night slot on BBC 6 Music. Tom has also deputized on 6 Music for Huey Morgan, Gideon Coe, Tom Robinson, Richard Bacon and for Dermot O’Leary on Radio 2. He has worked for Channel 4, Sky Arts and The Times and is son of Liverpool DJ John Peel.
Paul Rogers is Head of Content at Liverpool Football Club, overseeing the editorial direction of the club’s website, TV, mobile and social media platforms. A former music journalist, he’s interviewed a diverse collection of artists including REM, Public Enemy, Kylie Minogue and Radiohead.
Matt Wilkinson is NME’s New Music Editor. He looks after the Radar section both in the magazine and online at NME.COM bringing new and unsigned acts to the fore. He also helps co-ordinate various NME live events and tours.
Yaw Owusu is a talent manager, music promoter, youth culture specialist and entrepreneur. Yaw is the Chief Executive of the award winning Liverpool youth culture company URBEATZ, the executive manager at the Playmaker Group and director of music management company Nothin But The Music. His clients have included VP Records, Sony, Damian Marley and Liverpool rapper KOF.